REGIS Philbin was reportedly laid to rest on the campus of his beloved alma mater, Notre Dame, following a private funeral on Wednesday.

The legendary host passed away from natural causes at the age of 88 on July 24 after an impressive 60-year television career. 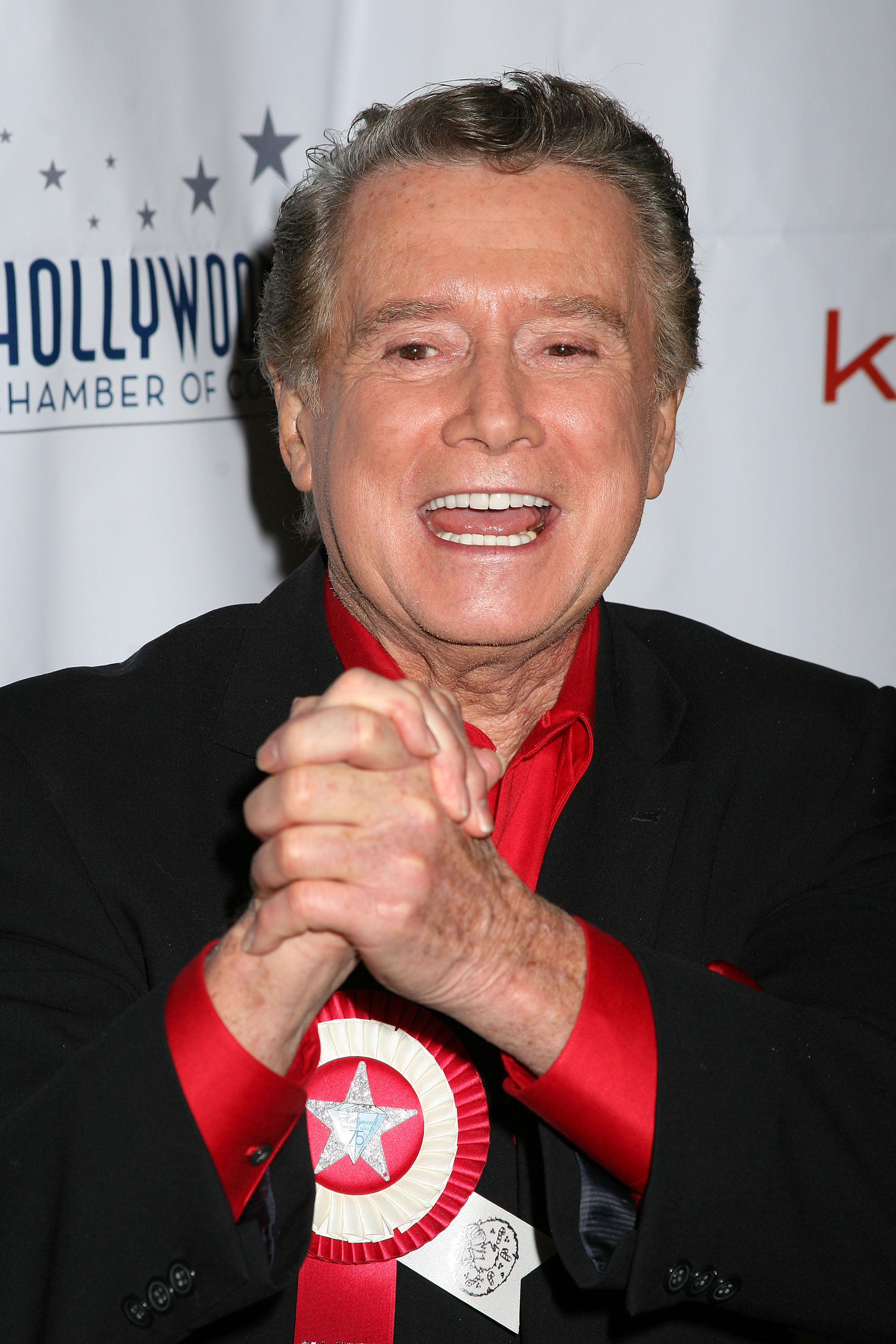 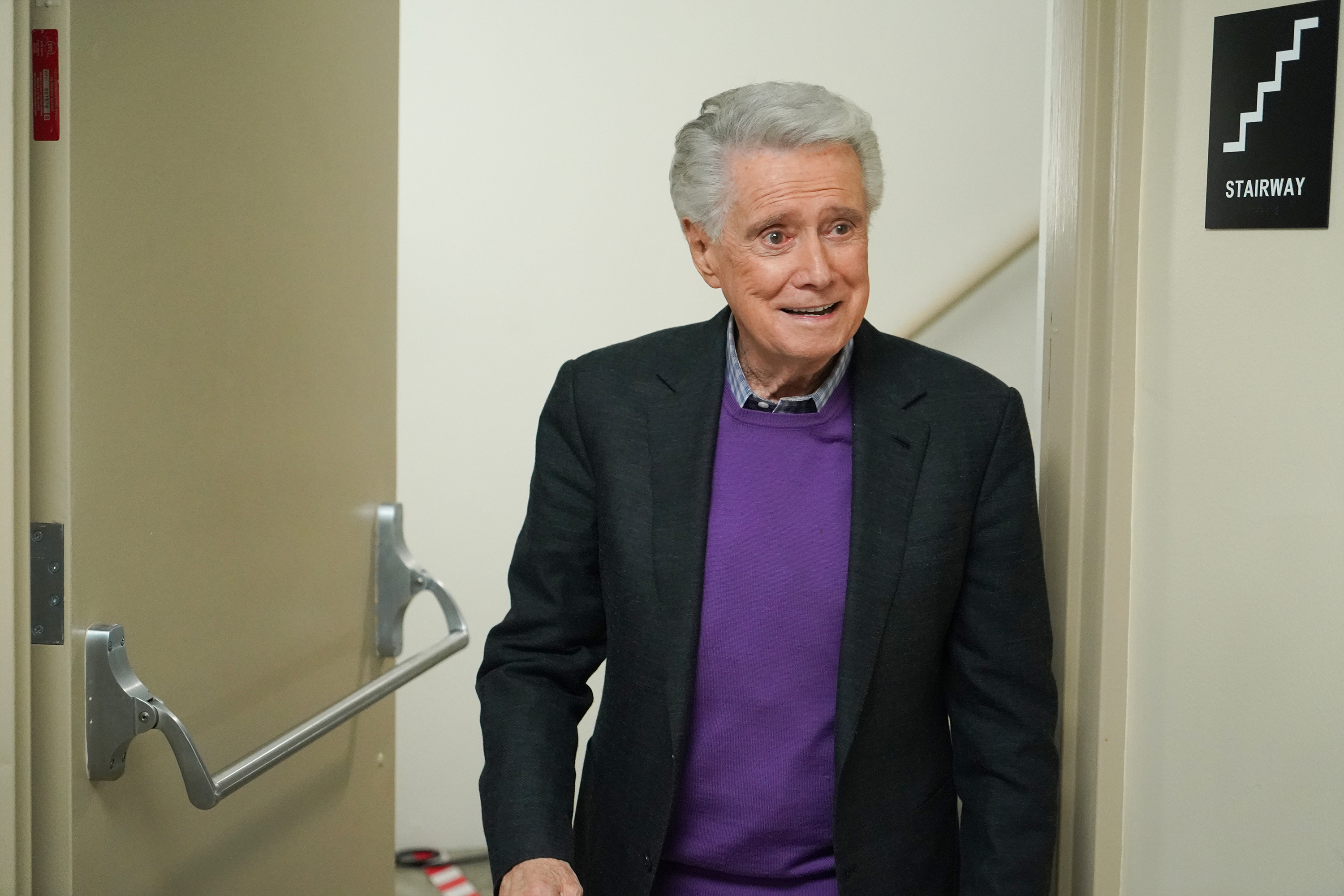 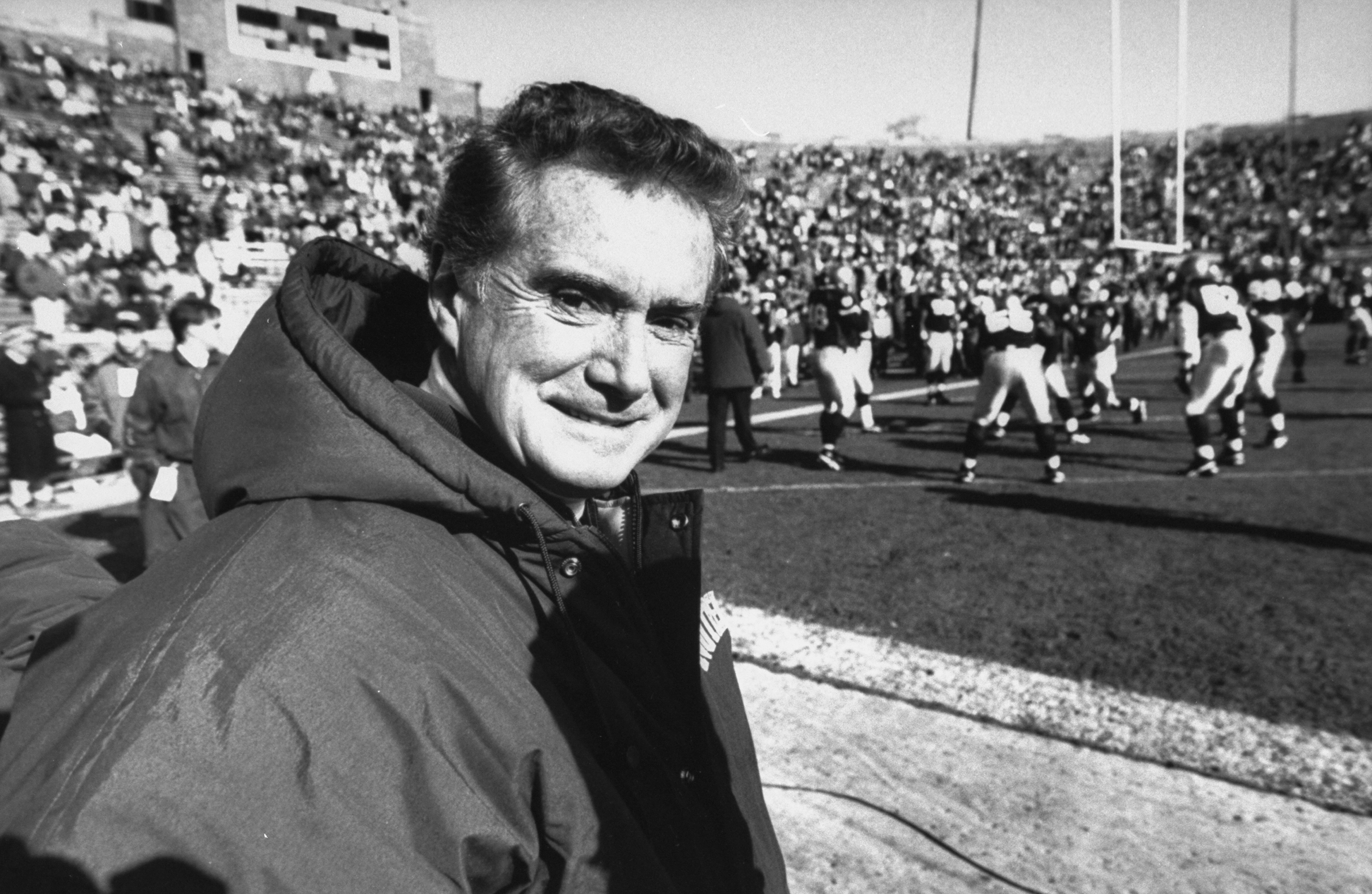 On July 29, Regis was buried at Cedar Grove Cemetery on the college campus of Notre Dame University in South Bend, Indiana.

The TV personality’s family said in a statement to People: "Regis was laid to rest at his beloved Notre Dame, following a private ceremony on Wednesday.

“Again, our family would like to thank everyone for the incredible love and support you've given us and for the hilarious tributes and touching memories you've shared.”

The family then encouraged fans to make a contribution to two organizations as tribute to the star.

”If you'd like to honor Regis, we again kindly ask that you make a donation either to www.FoodBankNYC.org or to the Center for the Homeless in South Bend (www.cfh.net),” the statement concluded. 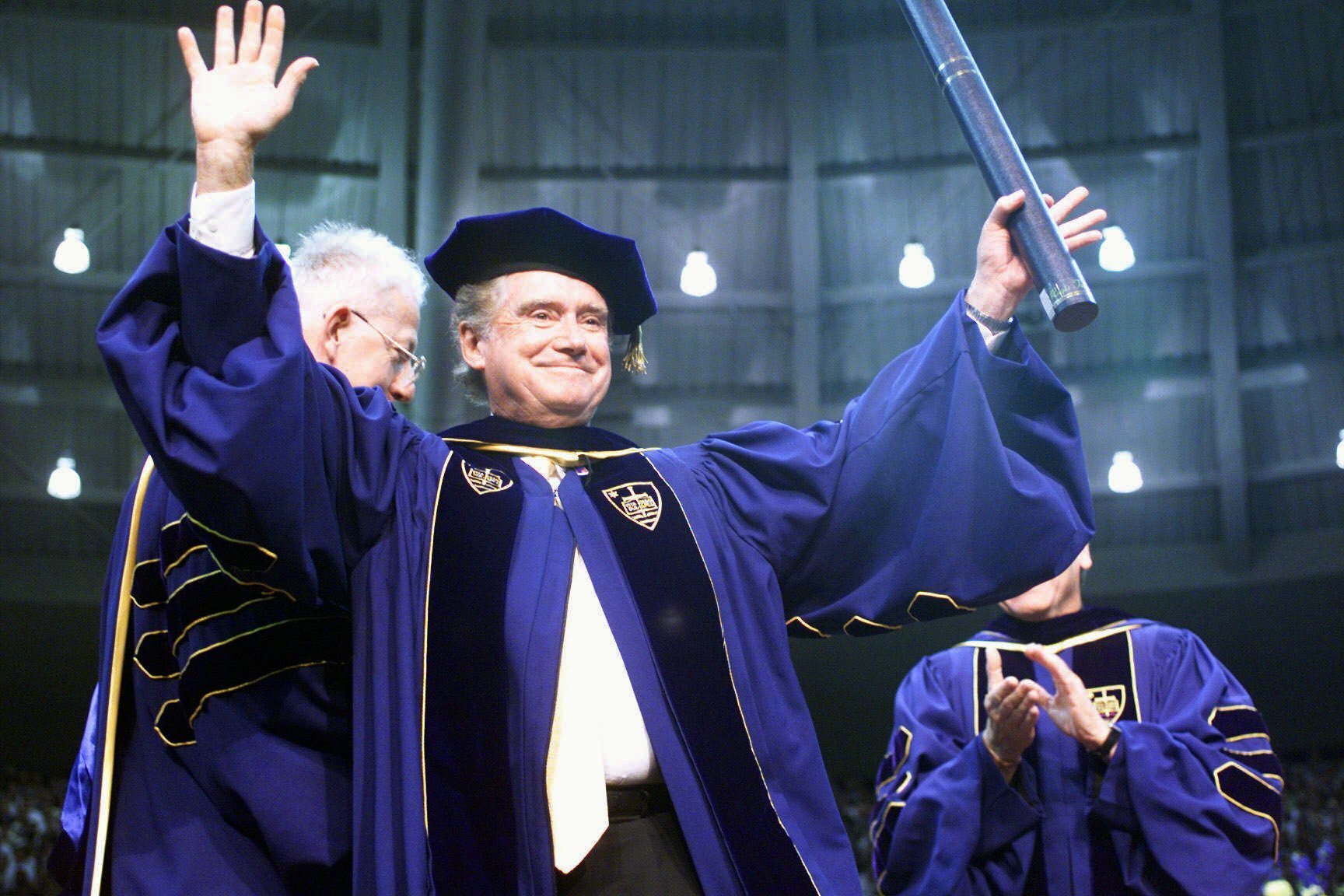 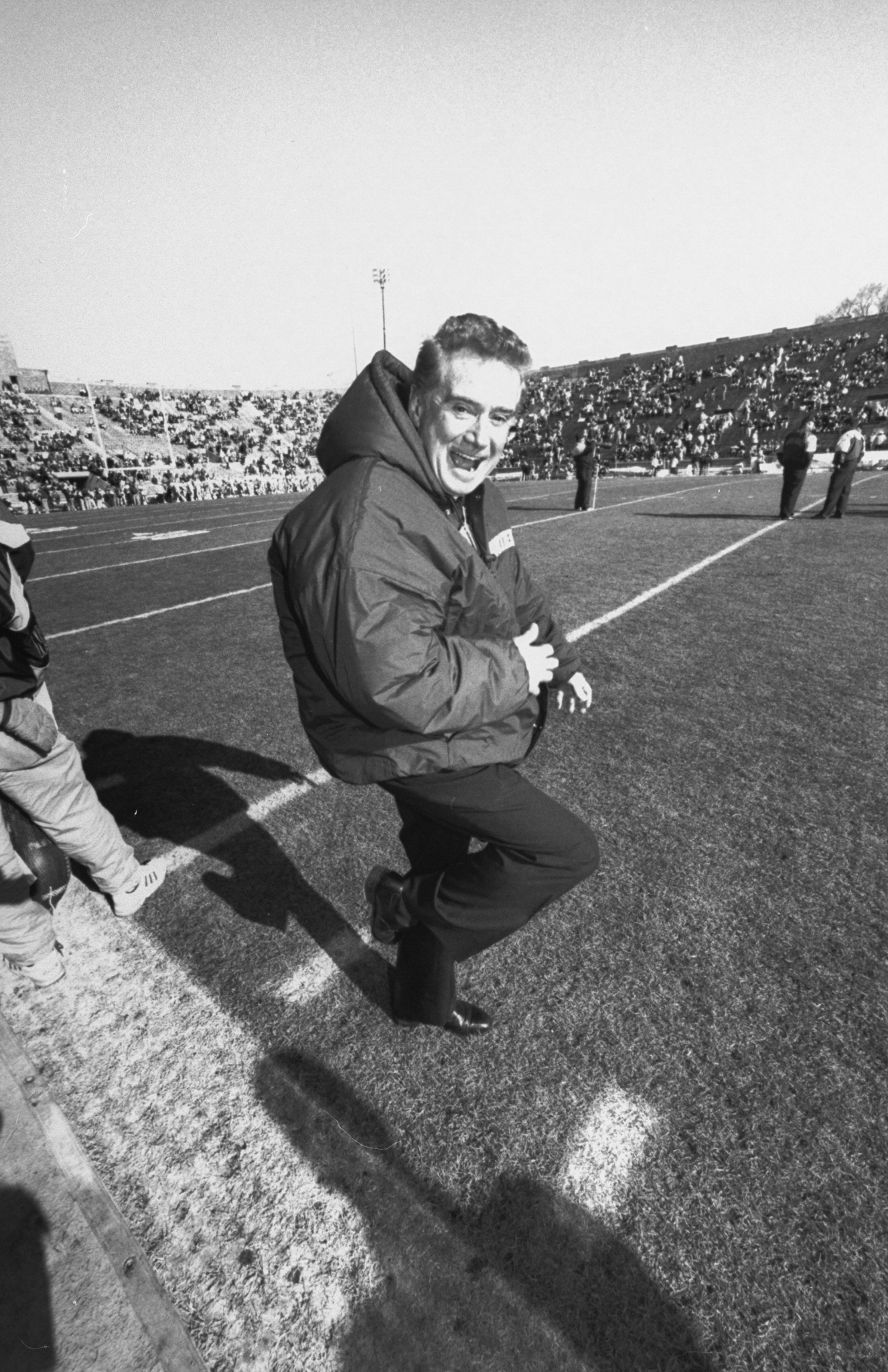 The Who Wants to Be a Millionaire? alum graduated from the prestigious university in 1953 with a degree in sociology.

In the decades since, Regis has maintained a close relationship with Notre Dame and regularly attended the school’s sporting events.

Regis continued to make such a large impact at the university, Notre Dame President Rev. John I. Jenkins, released a statement earlier this week on this alum’s passing.

"Regis regaled millions on air through the years, oftentimes sharing a passionate love for his alma mater with viewers.

“He will be remembered at Notre Dame for his unfailing support for the University and its mission, including the Philbin Studio Theater in our performing arts center.”

Rev. Jenkins continued: "He likewise was generous with his time and talent in support of South Bend’s Center for the Homeless and other worthy causes.

“Our prayers are with his wife, Joy, and their daughters and Notre Dame alumnae Joanna and J.J."

Regis' iconic entertainment career has spanned over 60 years while most notably hosting ABC's long-running show Who Wants to Be a Millionaire? and Live! with Regis and Kathie Lee.

Co-host Kathie Lee Gifford praised Regis for “having her back” during the hard times as she honored her close friend.

She revealed to People that when her husband Frank was caught in a public cheating scandal in 1997, Regis was there for her and she has never forgotten his protection.

She said: “Everybody talks about the hard times that I went through that were public. And they were hard times. By any definition, they were the most painful times of my life, for sure.

“But he protected me on the air. The Bible says, ‘You will know the truth, and the truth will set you free.’ I knew my own truth. I was never going to let what the world said about me define me.

“And he always supported me in all of that.”

Kathie spoke proudly of their friendship on the Today show on Monday, admitting that they bonded over being entertainers.

“We had [chemistry]. And we developed it as the years went on,” she said.

She also revealed that they spent an afternoon together several weeks before he passed away on July 24 and Kathie said: “We had the best time, and after they left, I just thought to myself, ‘Lord, is that the last time I’m going to see my friend?’ Because he was failing, I could tell.”
More to follow…
For the latest news on this story keep checking back at Sun Online.

The Sun is your go to destination for the best celebrity news, football news, real-life stories, jaw-dropping pictures and must-see video.