DABABY deleted his Instagram apology for his homophobic statements at the Rolling Loud music festival just six days after he put up the post, after he was hit with widespread backlash for his remarks.

In the now deleted post, he wrote: “I want to apologize to the LGBTQ+ community for the hurtful and triggering comments I Made. 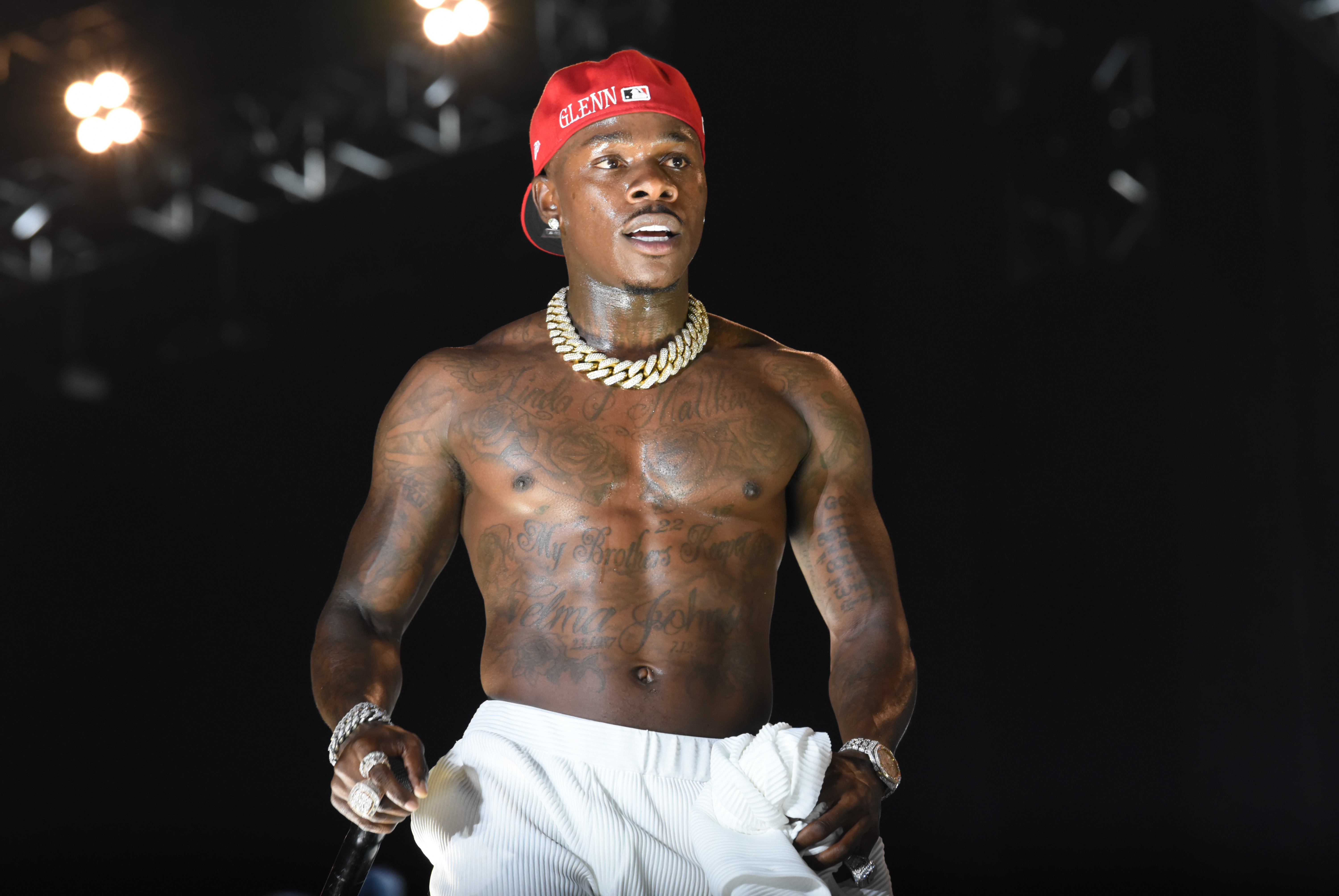 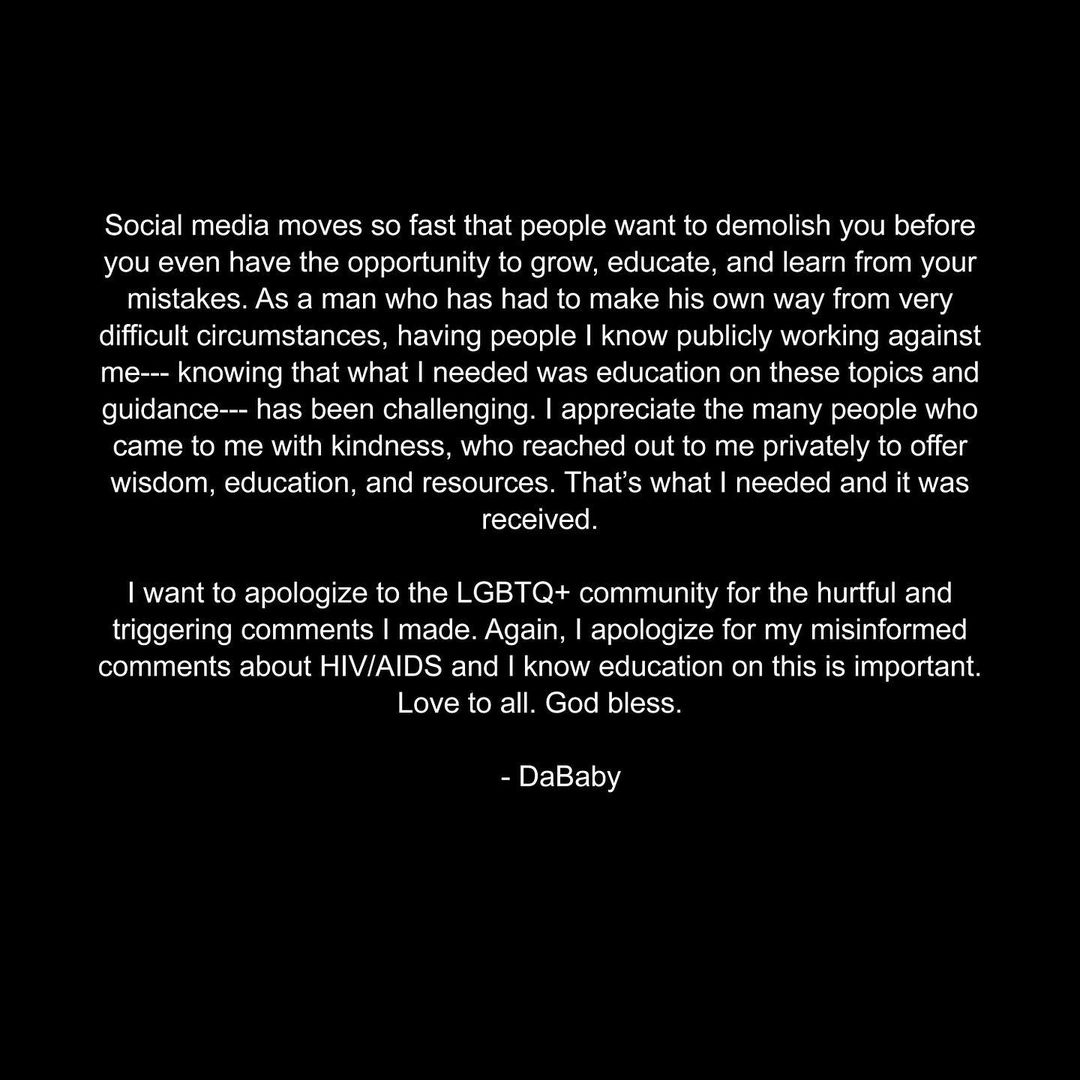 The post continued: “Social media moves so fast that people want to demolish you before you even have the opportunity to grow, educate, and learn from your mistakes.

"As a man who has had to make his own way from very difficult circumstances, having people I know publicly working against me — knowing that what I needed was education on these topics and guidance — has been challenging.

“Again, I apologize for my misinformed comments about HIV/AIDS and I know education on this is important. Love to all. God bless.”

It came after the rapper was hit with heavy criticism for remarks he made while performing at the Rolling Loud festival in Miami on July 25.

At first, he stood by the statements, and defended himself on an Instagram Livestream, saying, “I wasn’t going on a rant. That’s called a call to action. That’s what that’s called, cause I’m a live performer. I’m the best live performer.”

Dua Lipa, who worked with DaBaby on her 2020 Levitating remix, said in a post to her Instagram Story: “I really don’t recognize this as the person I worked with.”

The fallout continued, as DaBaby was dropped from his performances at Lollapalooza and the 2021 Governors Ball, as well as a benefit concert for the Working Families Party that he was scheduled to headline along with Saweetie and Wyclef Jean.

The 29-year-old came out with a luke-warm apology over Twitter two days after the incident occurred.

He wrote: “Anybody who done ever been effected by AIDS/HIV y’all got the right to be upset, what I said was insensitive even though I have no intentions on offending anybody. So my apologies 🙏🏾

In a music video released late last month, the rapper again appeared to double down on his statements.

The clip ended with a message, “Don’t Fight Hate With Hate," spelled out in rainbow lettering.

It adds: “My apologies for being me the same way you want the freedom to be you.”

DaBaby revealed he directed the video before the controversy to his comments at the weekend, but decided to release it anyway. 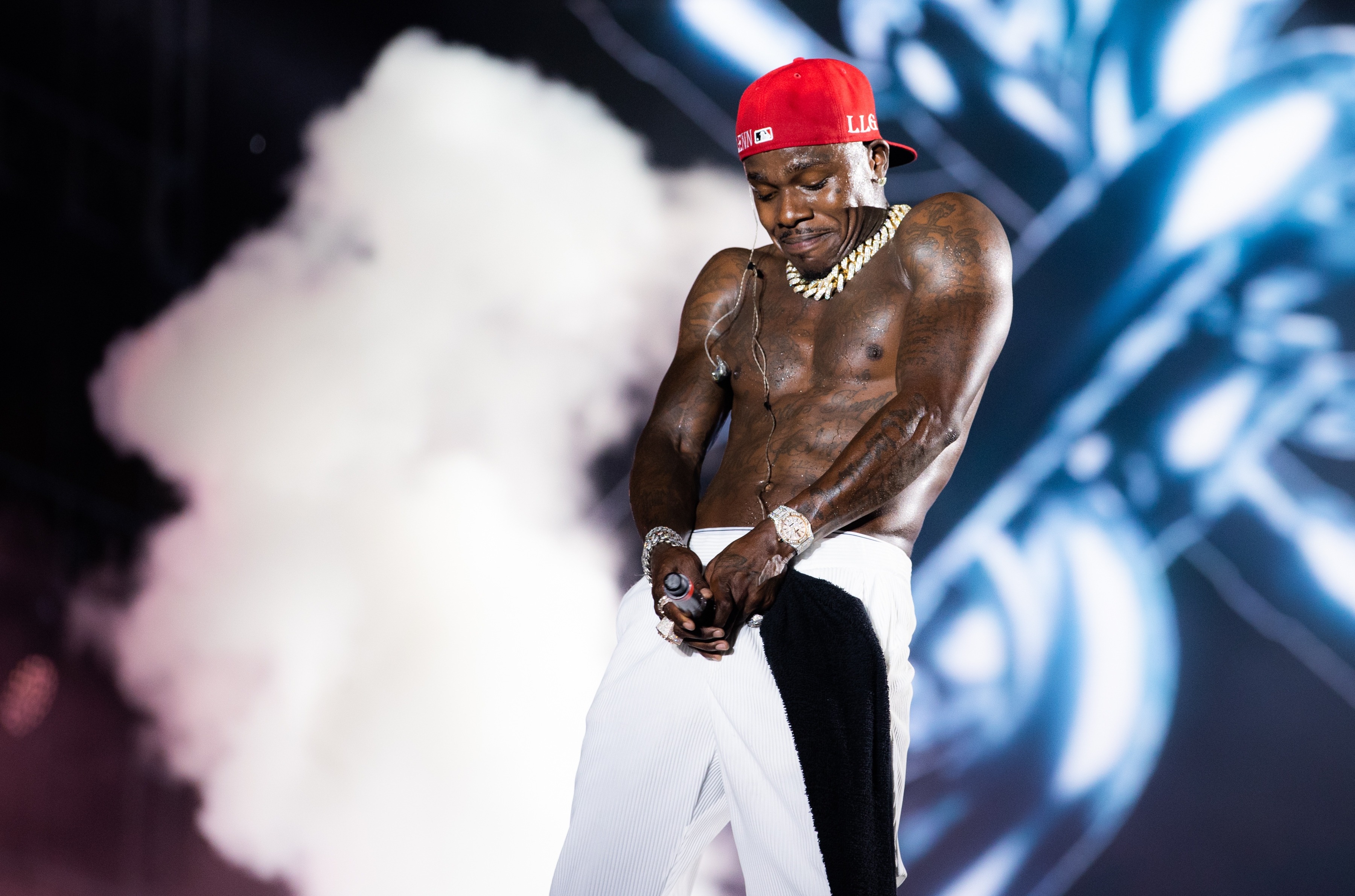 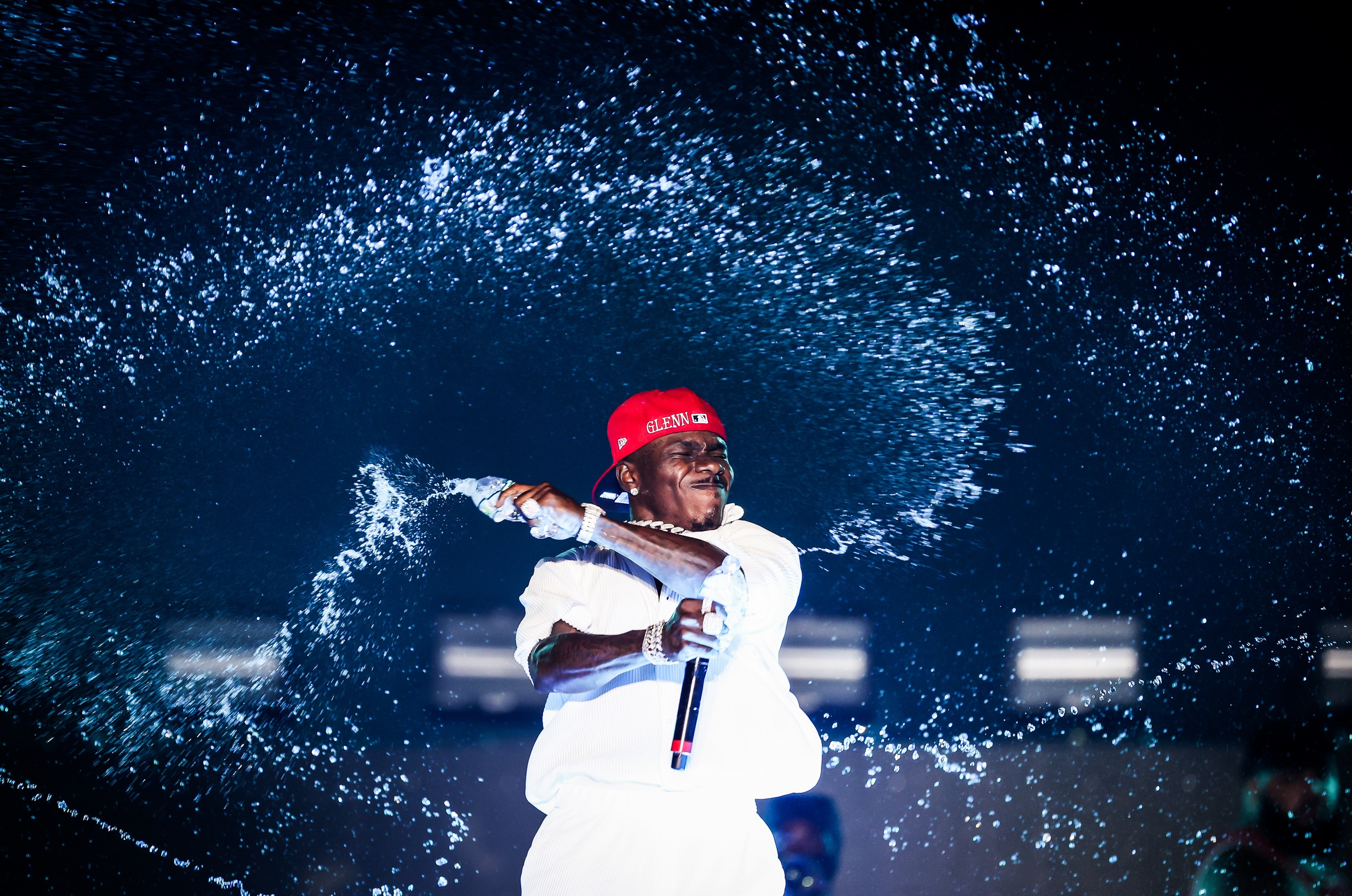 When is The Crown series 3 on Netflix and what happened in seasons 1 and 2?