WELCOME 2 America hasn’t aged in the 11 years since it was written.

The previously unreleased Prince album is as poignant and relevant as any modern-day album. 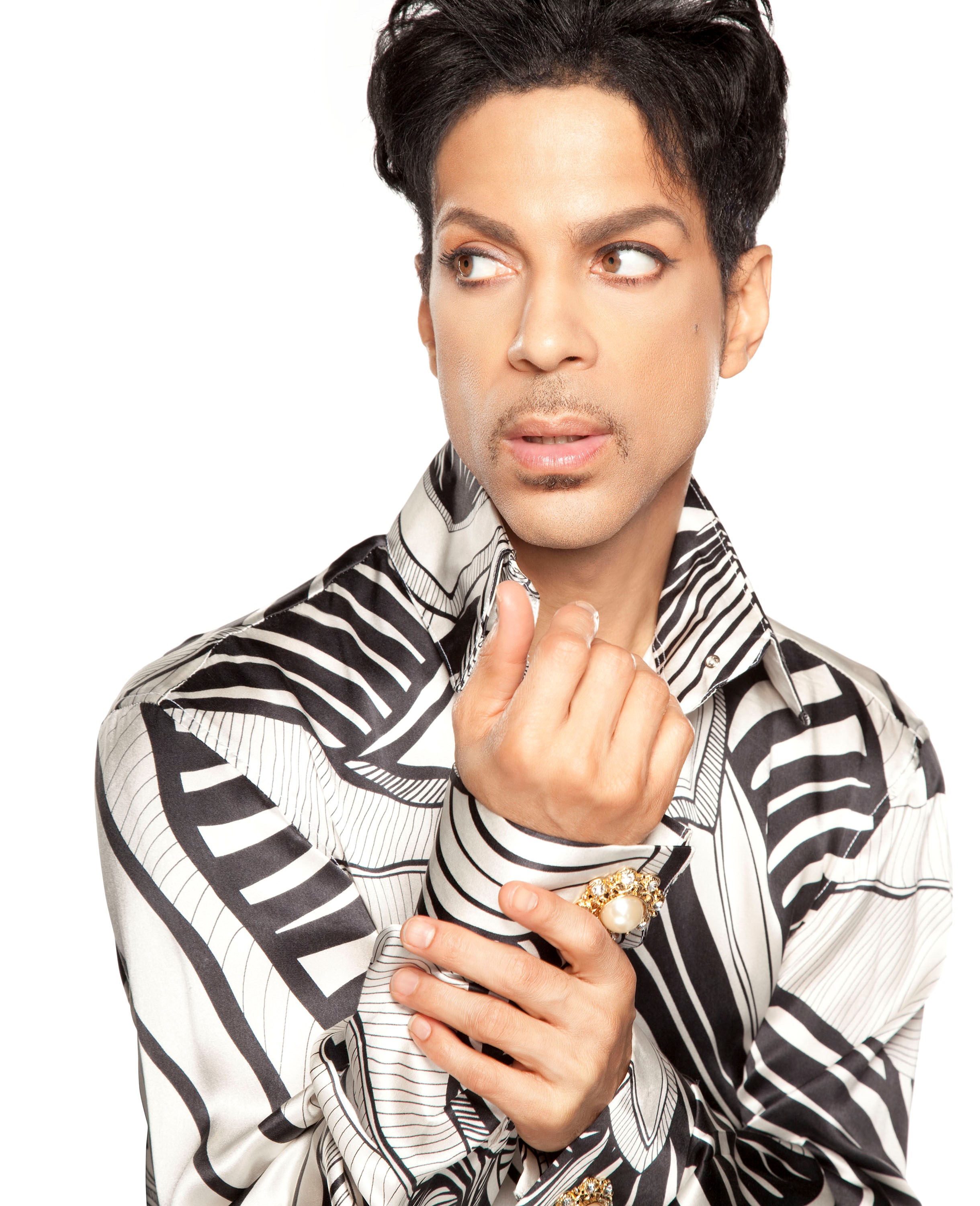 Released last week, the 2010 opus — made six years before the singer’s death — is prophetic.

Its subject matter includes racism and exploitation on Running Game (Son Of A Slave Master), misinformation through technology on the title track and religious division on Same Page, Different Book.

Morris Hayes, his long-term musical director and a member of Prince’s backing band the New Power Generation, was asked by Prince to produce the album

Hayes says: “He was a genius and it’s like he could see into the future — the iPhone, iPad and social consciousness and then politics. It’s crazy to think Trump wasn’t in power.

“That experience hadn’t happened. Then look at 2020 and George Floyd. It’s incredible what Prince is saying.

“It’s so relevant to what’s happening right now. I think that’s the most important issue.

“It was a brilliant stroke for Prince’s estate to consider this record right now.”

For NPG singer Liv Warfield, who sang with Prince between 2009 and 2016, listening to the album for the first time in 11 years was emotional.

She says: “When I heard it for the first time, I had a rush of goosebumps.

“Listening to it with new ears . . . I was tripping on how relevant it was because back then, I didn’t quite understand what he was saying in these songs.

“It was six months ago when I heard the album again for the first time.

There was excitement and there’s this energy. 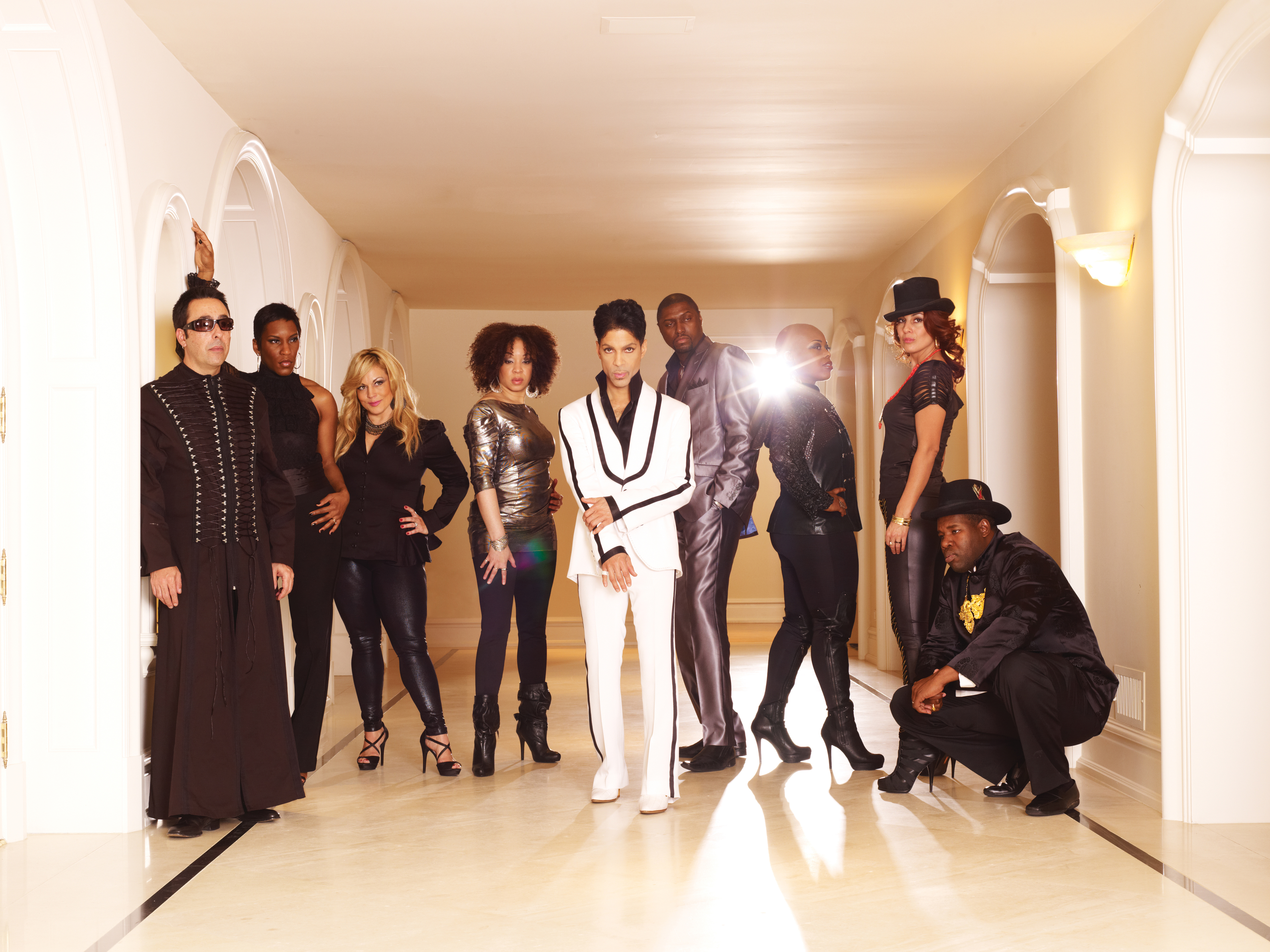 Both agree it is important Welcome 2 America was released, as it represents a full body of work and not unfinished extras found in the vaults.

Warfield says: “It makes sense as an album. And there was a lot of trust involved.

“We’re not just singing — you have to trust the right people to give that energy. You want to convey that, right? He trusted us with that album because he prophesied. I feel like he is so divine in so many ways.”

Hayes is proud Prince trusted him to produce the album and take time on each track.

He says: “For me, it was very cool when he told me I could take the album home because typically he would be there.

“He had zero patience and everything had to be quick. So this was fantastic for me and I took a day for each song.

“I’d bring it in and get his approval and go to the next thing. Fortunately, everything was good the first time out. Prince was like, ‘This is great’.

“He’d wanted me to do my thing and overdo it. I don’t know if I’ve ever had as much joy working on a project because there wasn’t the normal pressure and I worked in my own studio. I just wanted to make sure people heard what he was saying.”

Hayes, who met Prince in 1992 and became his music director for 12 years, recalls: “He was much more laidback towards the end.

"This was a different Prince from the early days, when things were much more micromanaged and a little more controlled. 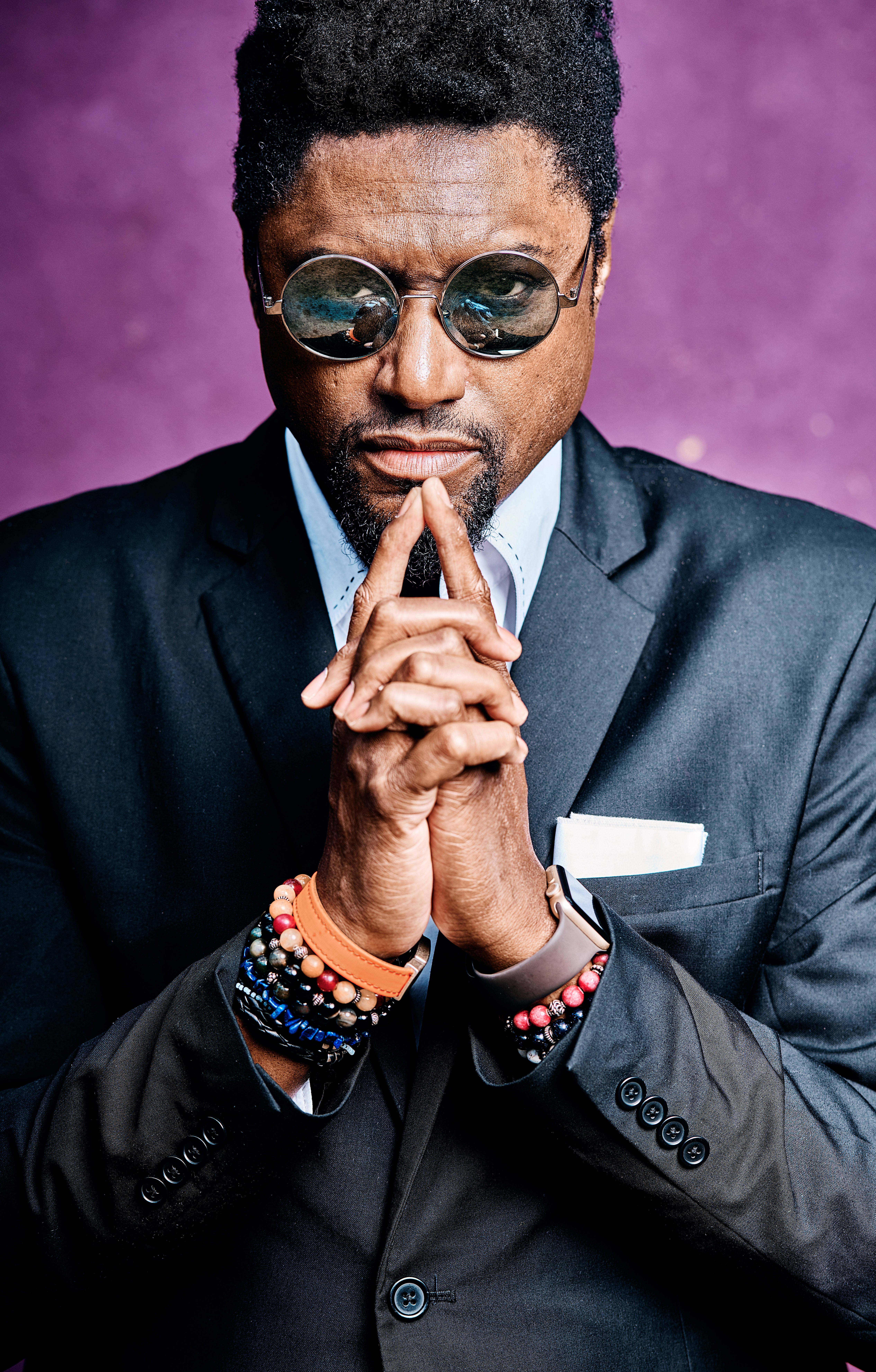 “Working with Prince, there was a lot of pressure in the beginning. It was crazy. Even when I’d drive into the garage and see his car there, my stomach would start hurting.

“He was a tough guy in rehearsals, so seeing his car I’d be like, ‘Oh my God, he’s here. Who is he gonna kill today?’”

The star was not just tough in rehearsals.

After every live show he would sit the band down, watch their performances back and give critical notes.

Warfield says: “That was the part I probably hated the most. Nobody wants to watch themselves on video.

“But we watched the video and I think that’s what made us better. Because it was a family besides the band. It was the Purple Family.”

Prince was a genius. It was like he could seethe future.

For Warfield, learning from Prince and being on stage with him was “bigger than life itself”.

She adds: “I tell people it was all about the frequency we got off him. It’s so huge, you cannot help but be transported into a different place when you’re up there on stage with them. It’s like a pulse, like a big sun.”

Despite spending nearly a decade in the NPG, Warfield never stopped being a fan.

She says: “I’d be so enthralled watching him, I could forget my parts. It was pure love every time I was on stage.

“We were being taught every time we performed. It was constant learning. We tried to rise to the occasion.”

Morris and Liv both miss Prince, who died at 57 of an opioid overdose in 2016. 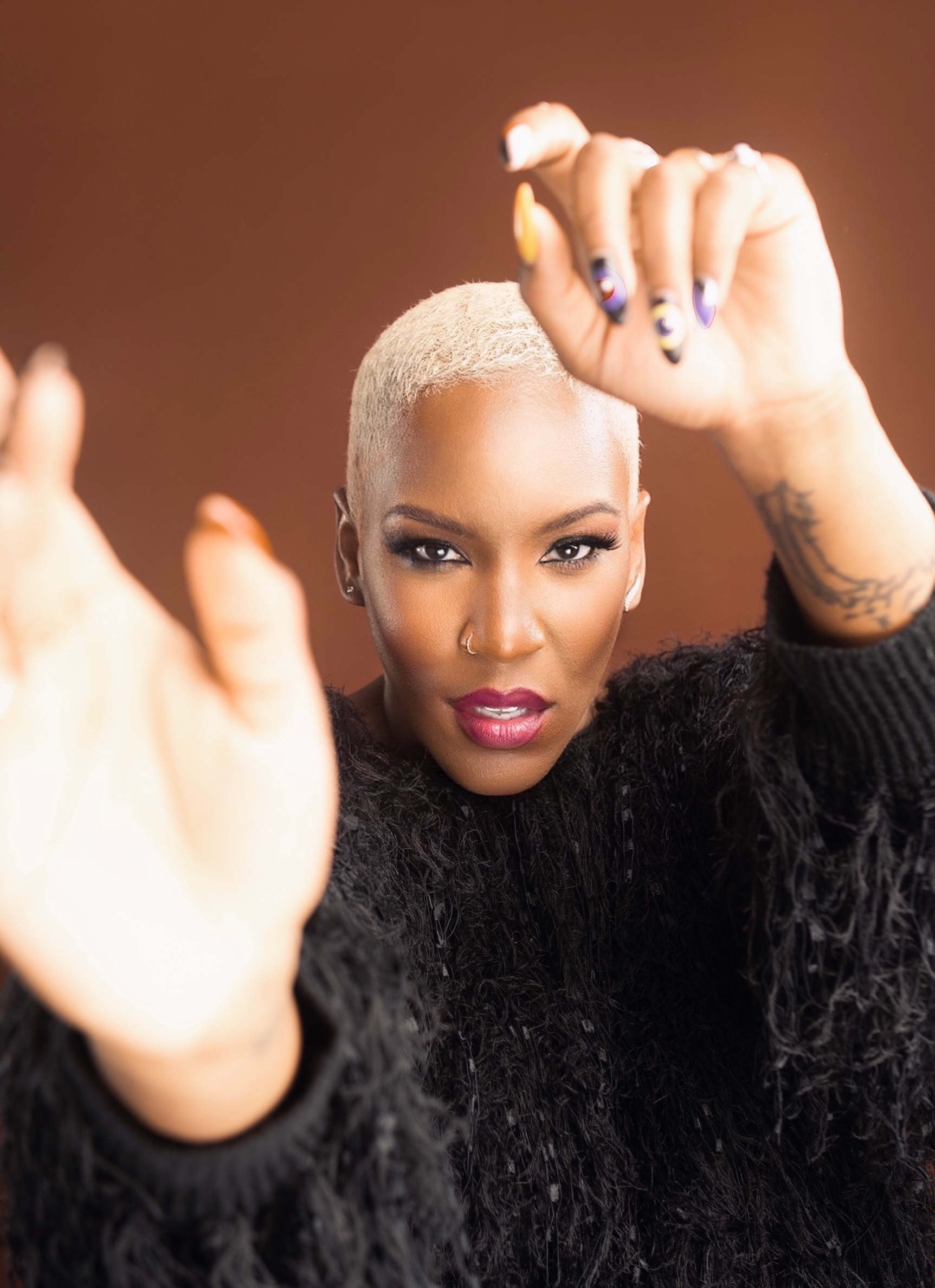 Liv said: “I was numb for a while and I couldn’t really listen to his voice.

You never really learn to live without him.

“But it was so beautiful how the whole world lit up purple after he’d passed.

I get a little bit emotional thinking about it.

“We miss him but I feel him all the time. I don’t feel like he’s gone, as he makes himself known. It’s quite calming. He’s in a different dimension.”

Morris said: “It was a hard day when Prince died. It was devastating. Everybody was in shock.”

And he recalled his friendship with the singer: “It took time but as time went on, I got to know the human Prince, so it got to be very different. I even bought him a bicycle to ride.

“Never in a million years would I imagine buying Prince a bicycle. A close circle of people got to know the real him.”

Liv recalled meeting Prince at his home, Paisley Park: “That first day, I just wanted to sing for him. I had so much respect for Prince. It took me a while to say his name and to talk to him because he was so intimidating.

“I’d say his name so quietly he would laugh at me. I didn’t relax until we started to record in 2010. I didn’t set into being an NPG member until we recorded this project, then it felt like I was really part of something.

“When he gave me the song Hot Summer, I knew he really liked my voice. He knew I was happy and I knew we were at the friendship stage. He cared so much about the humaneness of people.

“I feel there’s a key code to the next song on every track on this album. You could be jamming to Same Page, Different Book and then you’re getting a life lesson in between. You really have to listen.” 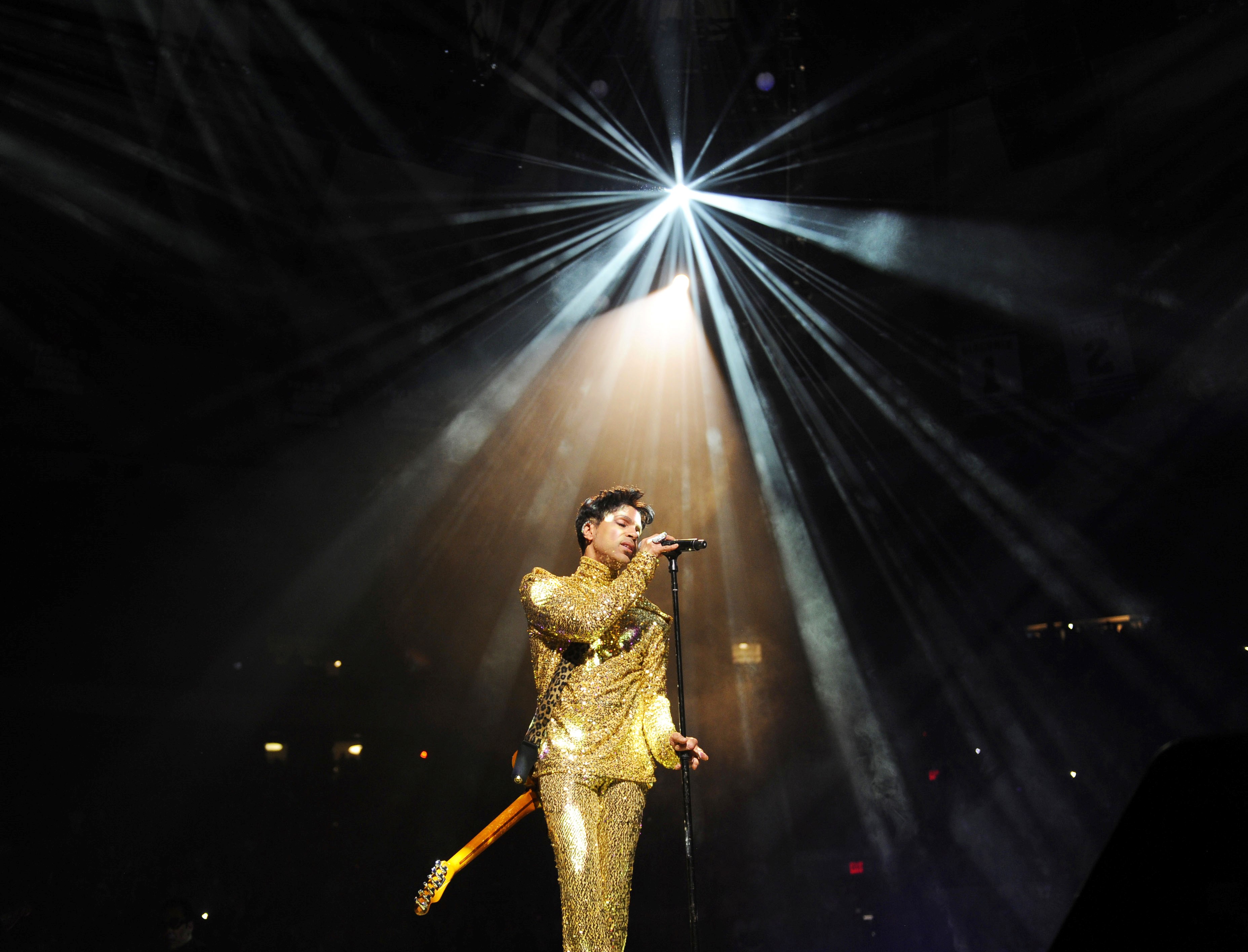 Liv reckons Welcome 2 America was ahead of its time, adding: “The world wasn’t ready. It would have made a lot of people upset.”

Morris added: “We’ll never know why he didn’t release it. It’s Prince — he’s enigmatic, he can do all this mysterious stuff and have us all guessing, like we’re doing now.”

Born 2 Die is the track Morris is most proud of, but added: “Only because of the way Prince went over the top with his accolades about it.

“He’d give you praise from time to time but he didn’t want you to get comfortable or get the big head.

“But when you did something spectacular, he’d let you know. So when he went over the top like he did, I was like, ‘Wow, that’s not typical’.”

Liv added: “His music will last for ever. He taught us how to love one another. His music comes from a beautiful place and a loving place.

“I have a responsibility to share the light that I was given and what he taught me musically onstage. There’s the (charity) Purple Playground, which teaches young kids about the music in Minneapolis.”

He said: “When the NPG came together in October 2016 for the Official Prince Tribute Concert it was kind of the inspiration behind doing some more things with the band.

“Fans said how it was a great show but even with 52 songs in the set, their favourite song wasn’t played. He had so many songs

“I wanted fans to have an experience of all these people coming together and celebrating this special man. The outpouring of love from the fans was amazing. 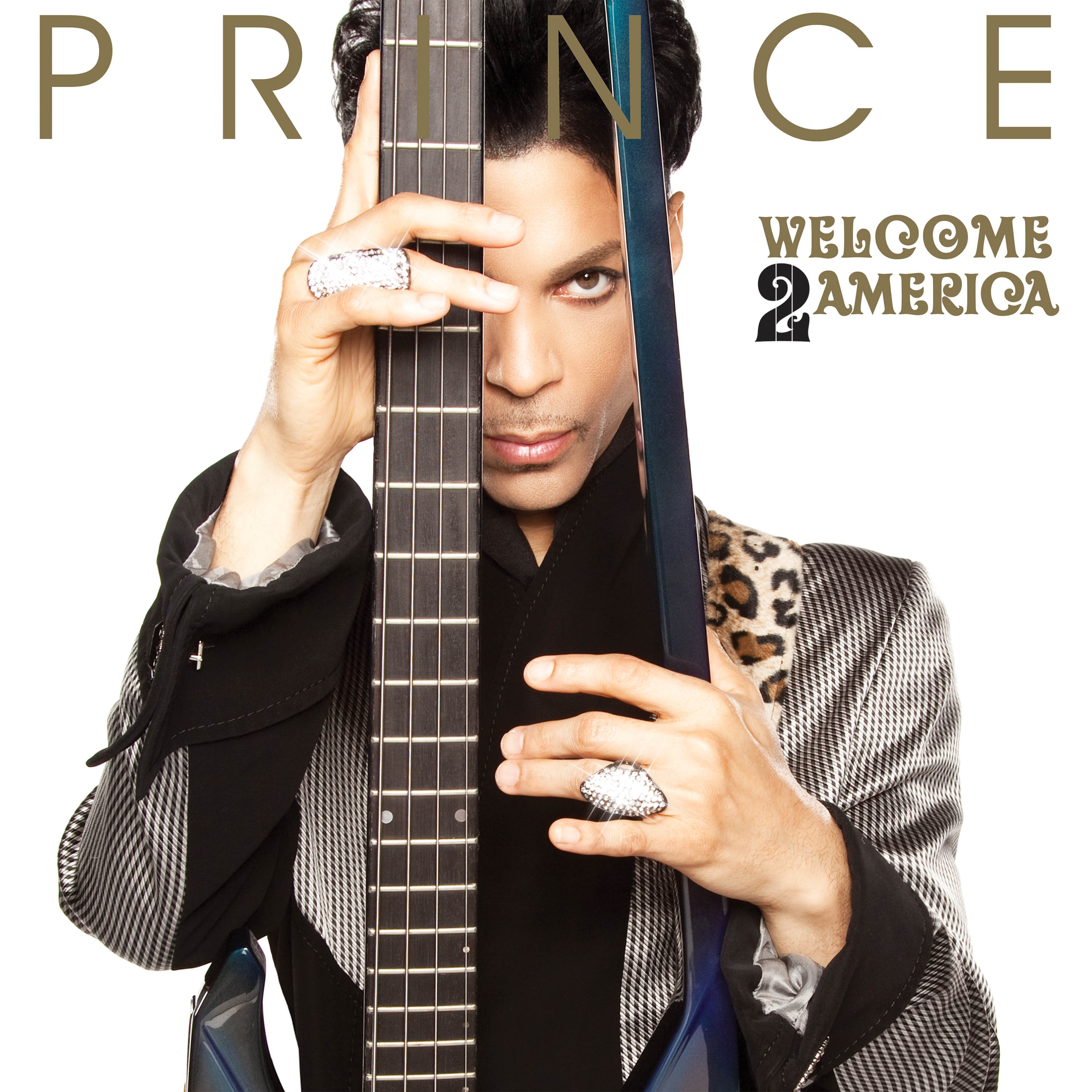 “It was a great show, so we decided to roll with him. Fans seem to have embraced him because we could never, ever replace Prince, but he doesn’t try to be Prince.

“And there’s a lot of NPG people and a lot of musicians. There’s the potential for the NPG to keep working as long as there’s an appetite from the fans.

There’s so many different people that can go and do these things and it’s still a great honour to play these amazing Prince songs.”

'When Calls the Heart': How Fans Can Attend the 2019 Hearties Family Reunion