Today’s instalment of Pointless saw eight celebrities paired up in order to win money for charity.

One such pair was ventriloquist Nina Conti and actress Sally Phillips.

During the first round, Alexander has a chit-chat with the pair where he spoke to them about their careers.

But during the conversation on the BBC quiz, Nina accidentally made an innuendo which got Alexander chuckling.

“A puppeteer’s dressing room is a lonely place,” he remarked to the performer.

Realising that what she said could’ve been misconstrued, Nina then added: “That sounds so wrong!”

Although, he then went on to continue their discussion about the puppets.

He said: “I mean, famously, puppeteers of yesteryear had sort of quite strange relationships with their puppets didn’t they?” 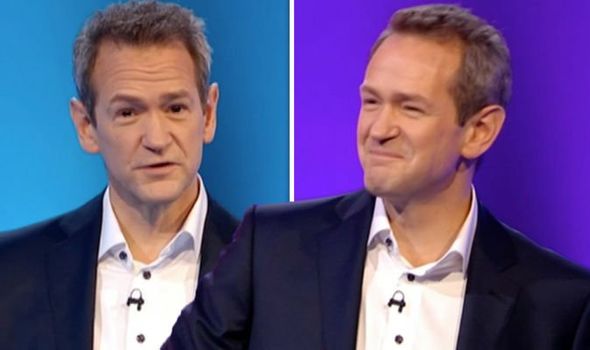 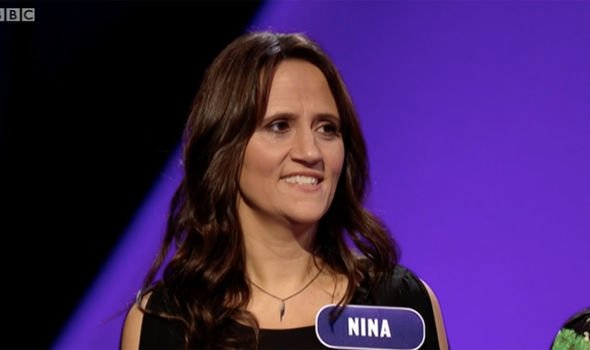 Nina explained: “Yes, I do have that, definitely. But that’s the fun bit you can’t pretend it’s not weird. That’s missing the whole point.

“You have to go deep into the weird of it and let that puppet say anything it wants.”

“Do you they sort of have personalities, do they?” he questioned.

“I do for them. When I’m looking at the monkey’s face it helps me think of what he’d say,” Nina replied.

While Sally and Nina were knocked out in the second round, it was Joe Pasquale and Terry Alderton made it through to the final round. 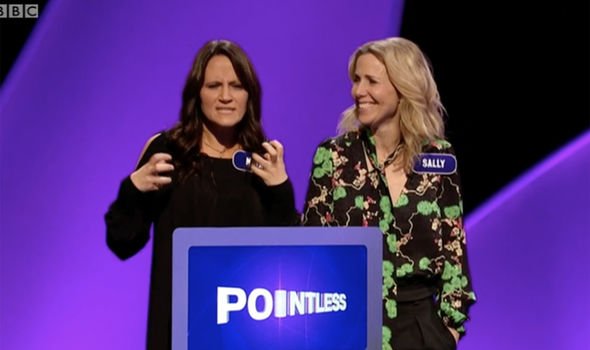 It was in fact Joe’s third time making it to the last hurdle, meaning he’d get to take home yet another trophy.

They opted to go for the Classic TV category where they had to name words containing six or more letters from the opening monologues of either The A Team, Star Trek or Porridge.

However, of the three answers they came up with none were pointless.

Although, because it was a Celebrity special, £500 was given to each celebrity pair.

Pointless airs weekdays at 5.15pm on BBC One.