Home » TV » Piers Morgan shut down by Nicky Morgan over Brexit U-turn in heated GMB row: ‘Get it done’

Piers Morgan, 54, and his Good Morning Britain co-host Susanna Reid, 48, were joined by Nicky Morgan, 47, to discuss the Conservative Party’s manifesto for the upcoming general election. One of the most divisive points taking hold in the next public vote will be the matter of Brexit and the politician was grilled on her personal views, leading her to shut down the hosts as she stated it was important the democratic decision was upheld.

When the referendum was held in 2016, Ms Morgan voted for the UK to remain a part of the European Union, with the subsequent result seeing the majority of the nation deciding to leave.

A year later when a General Election was called, the Culture Secretary said she would stick by her original vote.

However, with another public vote looming, the politician is putting her support behind the process being completed after three and a half years of the Conservatives trying to get a deal on the table.

In light of the U-turn, Mr Morgan grilled his guest about her personal stance now and whether it had changed to which she quickly shut him down. 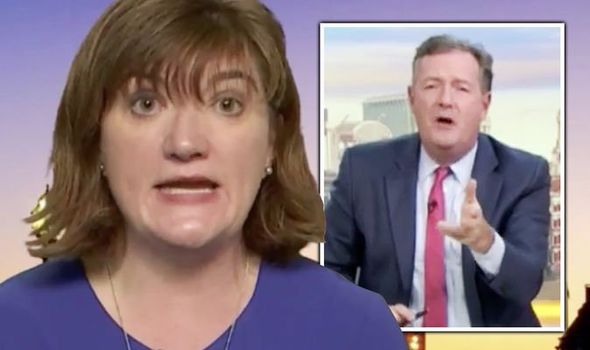 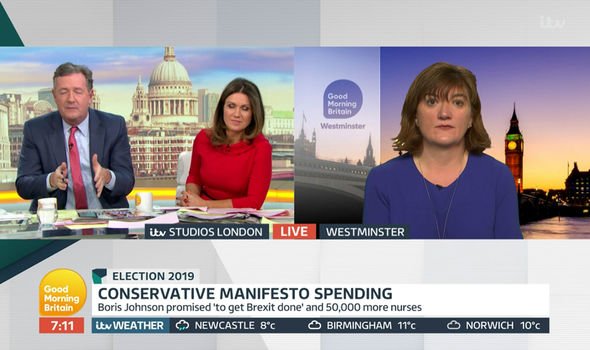 Ms Morgan began the Brexit discussion by stating she “had a view on it” but with a General Election looming, her view wasn’t important as she said the process “needs to happen”.

The politician was asked why she voted against the process and after stating she would do the same again in 2017, what she now thought were the positives of leaving the EU to which she failed to give an answer.

After stating he also voted to Remain, Mr Morgan told the guest: “Where we differ I don’t sit here and say Brexit is good thing.

Failing to address her personal stance once more, the Culture Secretary told the host: “You asked me a question.” 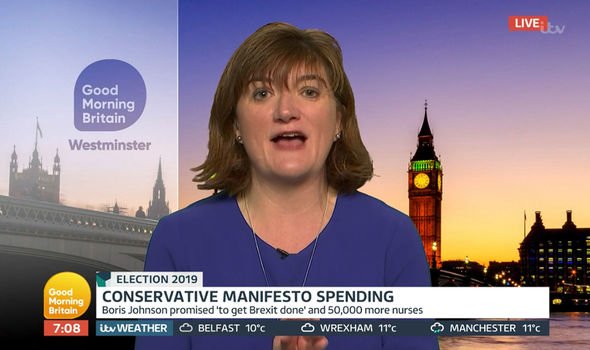 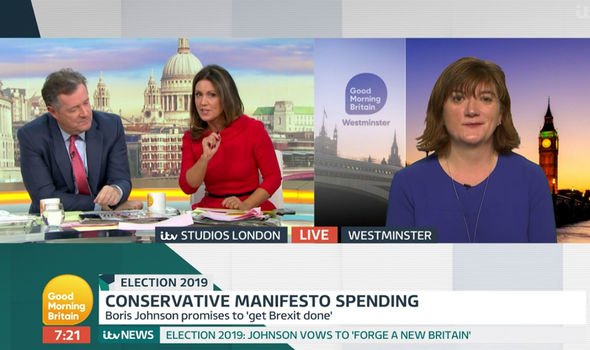 Continuing, the guest commented on the future of Brexit, saying it was “captured in the Conservative manifesto” and said: “This is going to happen.”

Asked what was wrong with Brexit to try and steer out her personal view, Ms Morgan replied: “Part of the issue has been three and a half years of dithering around,” adding Boris Johnson, 55, had a deal on the table ready to push through is a majority Tory vote is passed.

Not sufficed with the answer, Mr Morgan counted to probe, to which the politician remarked over the top of the host: “I can’t believe we’re sitting here [talking about Brexit].”

We need to get Brexit done

Mr Morgan declared: “I need to trust you,” as he tried to justify why he was grilling his guest about the topic.

“Would you vote Remain again if you had to vote again?” Ms Morgan was asked, to which she said she “couldn’t believe” her personal views were still being discussed.

Asked yet again what how she would vote in another referendum, the politician answered: “We need to get Brexit done.”

“Are you a leaver now?” Mr Morgan put to the Culture Secretary, which she glanced over again.

“I’m in favour of getting Brexit done,” she commented.

Mr Morgan asked for the umpteenth time: “Now in this election would you do the same again or are you now a leaver?”

Ms Morgan replied: “My desire to get Brexit done,” and later on in the interview, the hosts still tried to get to the bottom of what their guests personal stance was.

“What you personally think is irrelevant?” Mr Morgan commented, to which the Culture Secretary said: “Basically yes. [We need to get] Brexit done and move things onto the other [matters].”

The Society on Netflix spoilers: Who won the elections? When will they be held?