Home » TV » Phill's ex Camilla snares him from Fiz ahead of wedding in Coronation Street? 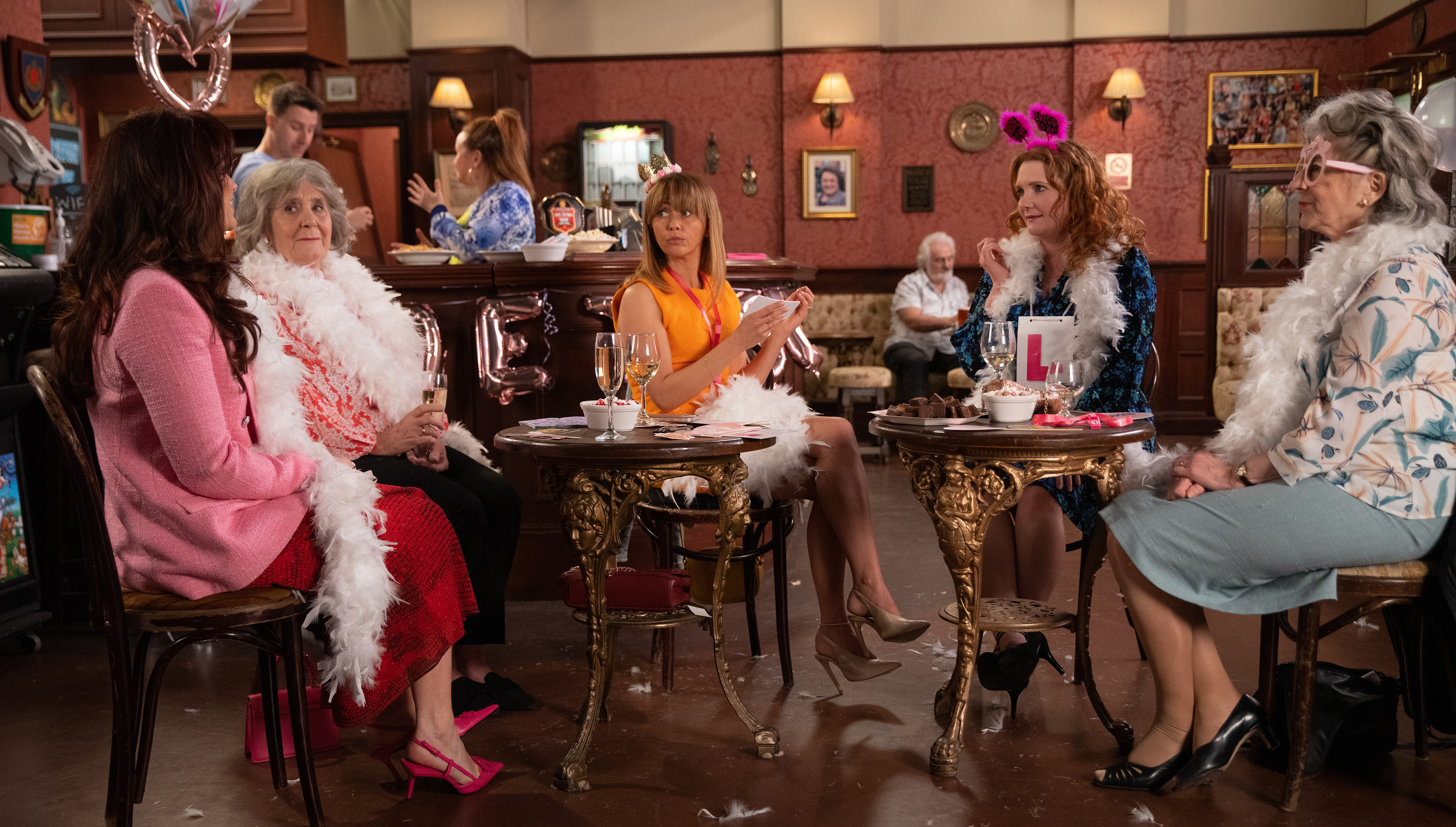 Wedding bells are ringing for Fiz (Jennie McAlpine) and Phill (Jamie Kenna) in Coronation Street soon, but in soapland we’re always ready for a last-minute hitch before anyone gets hitched.

There are all sorts of elements trying to get in the way of Fiz and Phill’s happy day, from Tyrone (Alan Halsall) wishing that Fiz could be with him, to Phill’s mum Mimi (Margot Leicester) apparently wishing that Phill was marrying anyone but Fiz.

Phill and Fiz are at loggerheads about Evelyn (Maureen Lipman)’s belief that Mimi has been trying to sabotage the wedding. Out on the street they’re both stunned when a car stops and a very glamorous woman steps out and introduces herself to Fiz as Camilla, Phill’s ex-wife. But why is she in Weatherfield?

Phill tries to reassure Fiz that he can’t wait to marry her and he has no feelings for Camilla any more.

Slightly reassured, Fiz feels pressured into inviting Camilla to her hen night, part of which involves a game of ‘Mr and Mrs’ – and Camilla proves she knows Phill far better than Fiz does. She shocks Fiz by telling her that, far from things being over between her and Phill, they’re still very much in love and he wants her back. And she has emails to prove it.

Is that the end for Fiz and Phill’s wedding plans?