Susanna Reid and Ben Shephard welcomed Richard Blackwood and Jake Quickenden on to Good Morning Britain to discuss men who embrace signs of ageing and those who dye their hair to keep the grey at bay. However, halfway during the discussion Phillip Schofield unexpectedly stormed the studio and weighed in on the debate.

During the discussion, Richard passionately put his case forward for embracing his own grey hairs and host Ben agreed.

Meanwhile, Jake admitted he dyes his hair to cover up the grey and argued there’s nothing wrong with wanting to look good.

However, during the debate, Ben suddenly shouted: “We’ve been invaded!”

The camera panned to the GMB studio door as silver fox Phillip wandered in and temporarily joined the debate. 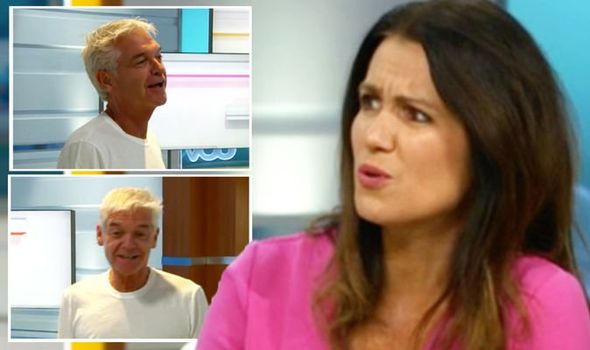 Spoilers: Aaron snaps and punches Luke after Robert cuts him off in Emmerdale