Spencer, in theaters today, is not your standard biopic. In fact, it’s hardly a biopic at all.

Directed by Pablo Larraín, the film is a twisted fantasy inspired by a real person — Princess Diana — but depicting events that only maybe, possibly happened. It’s a tragedy centered on a troubled woman in the public eye, not unlike Larraín’s 2016 film Jackie, which starred Natalie Portman as Jackie Onassis in the days following the assassination of her then-husband, President John F. Kennedy.

Spencer, too, focuses on just a few days. Kristen Stewart plays a Diana who’s beginning to spiral as a result of being forced to spend Christmas with Prince Charles, her husband who obviously loves another woman, and his traditional family. Her life is full of pomp and circumstance, and she badly needs an outlet where she can just be herself. The film, like Jackie, uses horror elements — like tight shots and a jolting score — to capture Diana’s mental state and emotional journey.

“I think we all go through moments where big decisions have to be made. These are moments that can define us, and those decisions can create big crises,” director Pablo Larraín tells BAZAAR. “When we are in a crisis, we behave in a way that we don’t do in regular times. That crisis can reveal a lot about us. I thought it was a good approach.” 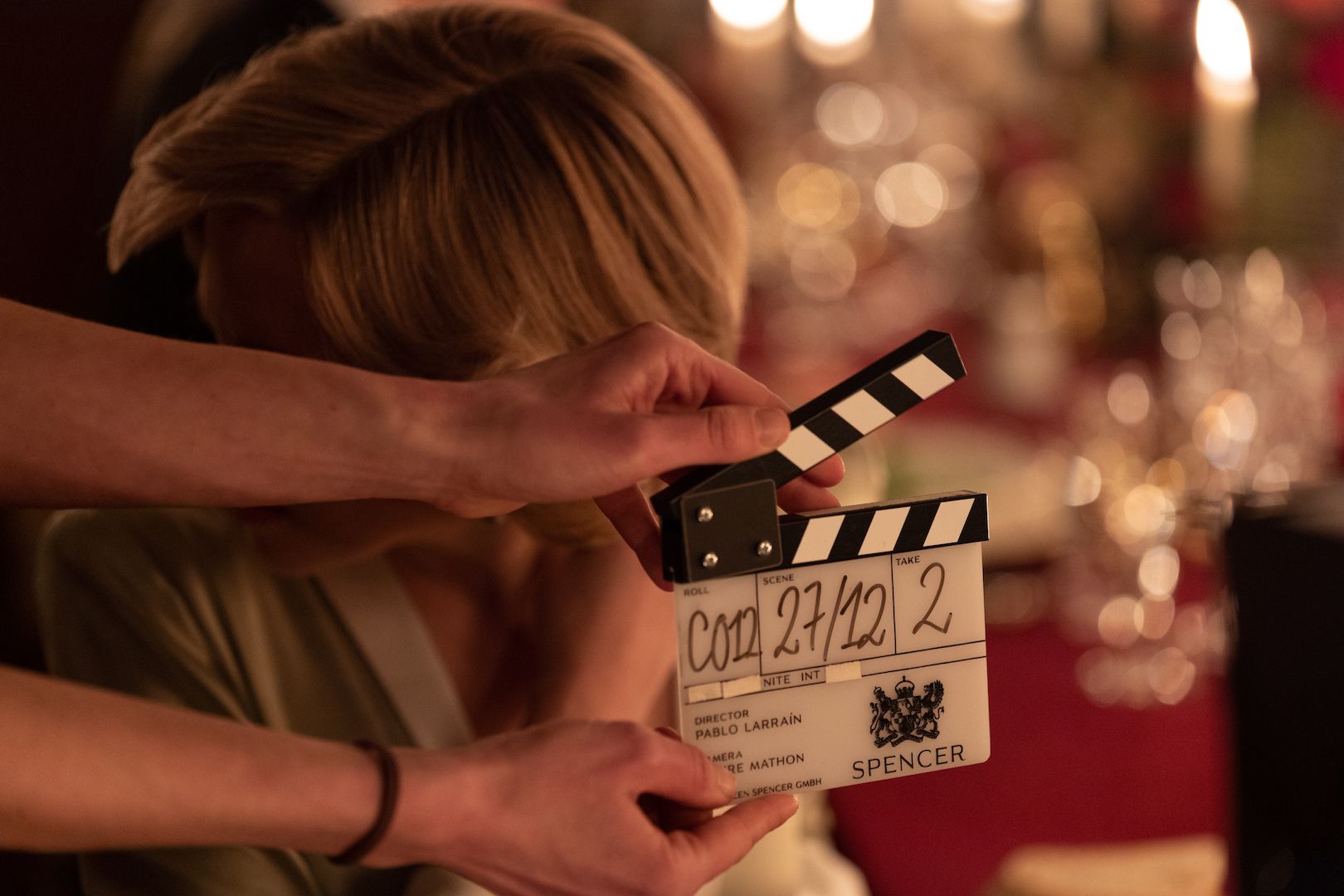 Spencer is set in Diana’s decadent but empty world, at Sandringham Palace, one of the Queen’s country estates, over a span of three days on Christmas holiday with the royal family. Larraín’s vision is intricate and vibrant: the clothes are ravishing, the English countryside picturesque. Every room in the palace from the great hall and the dining room to the walk-in fridge is large, domineering, and beautiful, creating a fantastical atmosphere. Larraín’s glamorous setting contrasts heavily with Diana’s dark mindset. “It’s a very intimate portrait,” Larraín said. “It’s a story that’s told from her perspective, so we kind of inhabit her point of view, and we are with her and experiencing everything from her eyes. It’s just this tiny, tiny amount of time, but it’s about her identity. It’s about her as a woman, as a mother.”

The highlight of Spencer is Kristen Stewart’s extraordinary performance — the kind in which the actor disappears — which is generating high praise and Oscar buzz. One might expect Larraín to talk about the a-ha moment when he first saw Kristen Stewart in full hair, makeup, and costume on set, but he says it wasn’t a surprise because they had spent so much time together prepping for the role: talking about it over Zoom, practicing her accent, going to fitting after fitting. By the time the film began shooting, Larraín knew Stewart’s Diana intimately. “There’s something internal that is related to [Diana’s] fragility and how you could see yourself in her. Eventually you don’t see Kristen. You see Diana, and that is an incredible exercise of cinema,” he said.

The film features several fantastical elements, including an appearance from Anne Boleyn, Queen of England and the second wife of Henry VIII. There’s also a disturbing sequence involving a pearl necklace given to Diana by Charles as a Christmas gift. Diana knows that Charles gave Camilla the same necklace, which increases her anxiety, anger, and insecurity. During dinner, Diana, uncomfortable pretending that things are okay with Charles, struggles to eat her soup. And then, in a moment ripped from a psychological thriller, she pulls the necklace off her neck. The pearls tumble into the soup and she chews them into bits, with sound effects so realistic they’ll make your skin crawl. It doesn’t actually happen — it’s a symbolic moment that pulls us deeper into Diana’s mind — but it’s powerfully evocative all the same. 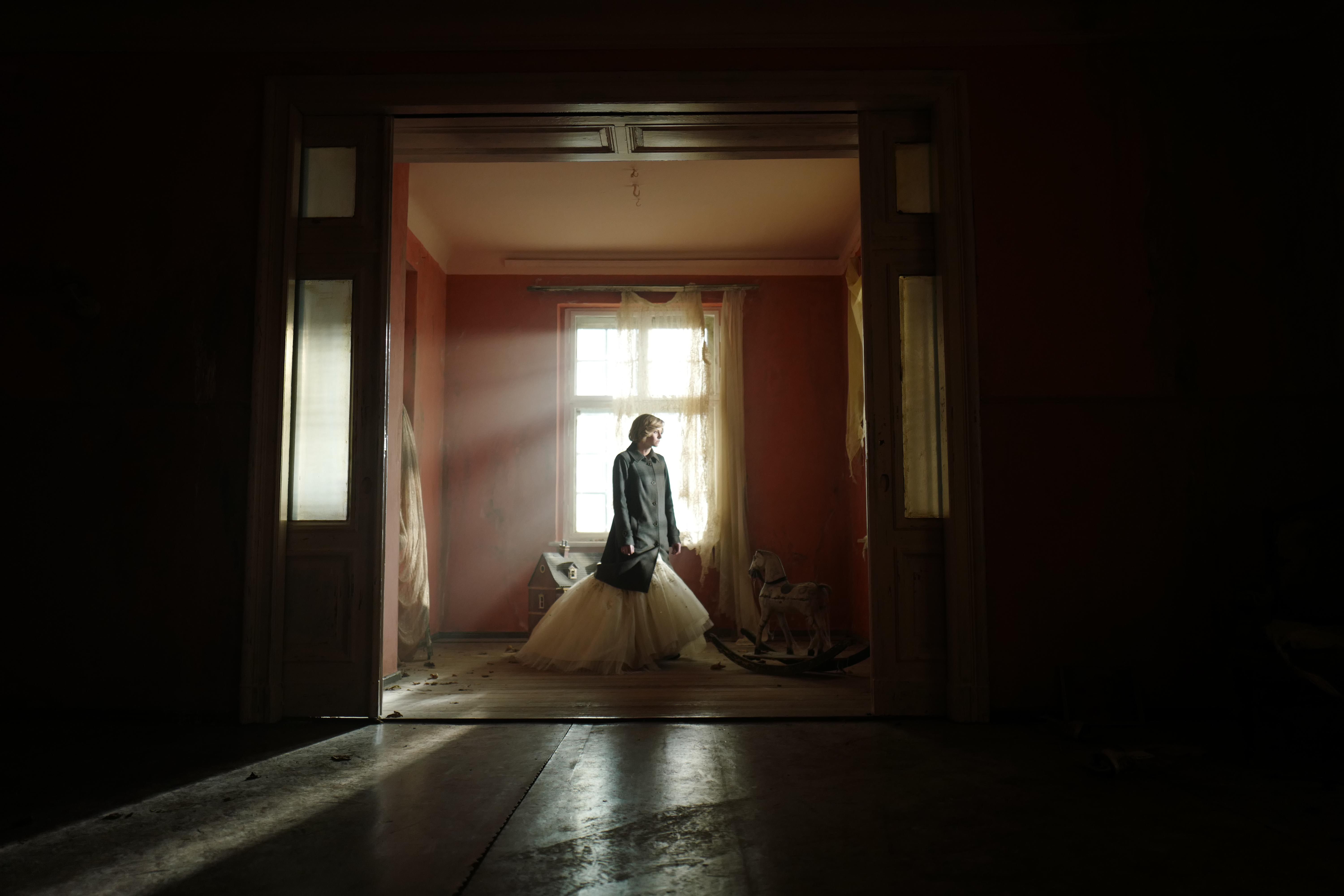 The film deals with Diana’s bulimia more directly, too. There are a few scenes depicting her binge eating, and several scenes of her forcing herself to throw up in the bathroom, but they never feel gratuitous or sensationalized. Larraín avoids the common trope of focusing on the thinness of the character, and instead looks at where Diana is mentally and emotionally that has lead to this.

“I have my limitations in my view because I’m a man,” he said. “I have learned things in the process with Kristen and other actresses that I work with that you have to listen, and you have to understand that there’s certain moments where you ask, ‘How would you like to do this?’” he said. “In those bathroom scenes, I actually operated the camera. I’d ask, ‘How do you think we should do this, Kristen?’ And I would do it like that, so it didn’t become just my perspective.”

With Jackie and Spencer, you can’t help but wonder what Larraín’s next film might be to complete his unofficial Women Trilogy. Is there someone from history Larraín has in mind? “I’m not sure, but it should be someone from the 20th century, I think,” he says. “Maybe one third and last one, maybe. I’m not sure.”

What is Adele’s net worth? – The Sun