The fifth season of Outlander saw Claire Fraser (played by Caitriona Balfe) enlist Marsali as her surgical apprentice. While initially reluctant, Marsali has learnt a great deal under Claire and has even begun to accept her as a mother-like figure. Reflecting on the fifth season, Lauren detailed the challenges of playing Marsali, who was pregnant throughout the whole series.

Marsali and Claire’s daughter Brianna (Sophie Skelton) have grown closer, especially as both are young mothers.

The pair both have their hands full as mothers but Marsali also committed murder as she killed Lionel Brown (Ned Dennehy).

Lionel and his men attacked Claire in the season five finale and Marsali quickly took revenge.

However, being part of the Fraser family isn’t always easy when you spend most of the time pregnant. 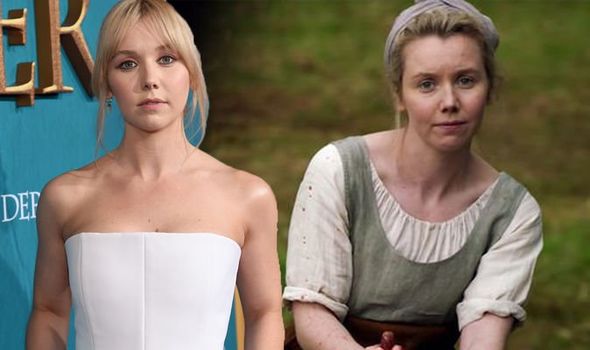 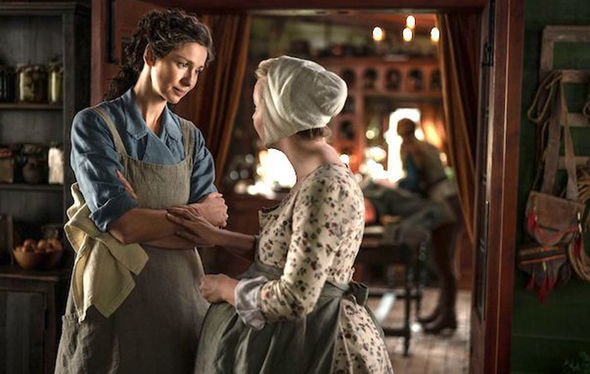 Lauren explained: “I don’t know how often an actress gets a chance over the span of a full season to learn so much.

“And then yeah, the whole time [pretending to be] pregnant … was a whole separate challenge in itself because wearing that bump is easily one of the most uncomfortable things you can do.

“And I had to wear it every day. There was a [different] size of bump for every episode.

“Even when you can’t really see that there was a bump, there was one.” 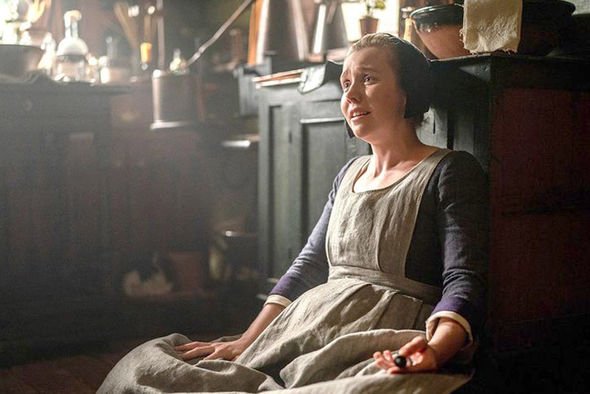 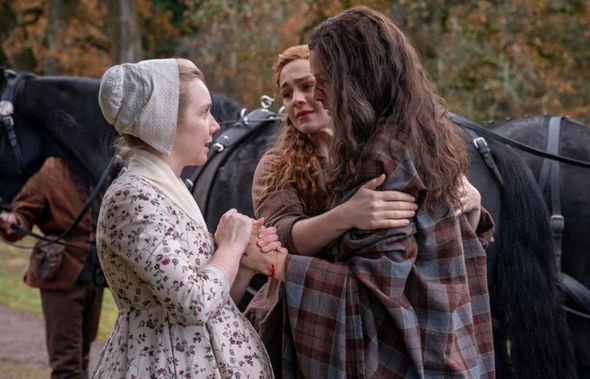 “The only pleasure I got from the nine-month bump is I didn’t have to wear the corset with it.

“I’m quite a petite size and so it looks like I’m carrying about six kids at once, but I’ve seen pregnant friends and that is what I would look like.

“It certainly weirded my mum out. My mum saw the photos before anything aired and she was like, ‘Oh my God, it’s so real and weird.’ So yeah, it’s been great.”

Lauren went on to tell Collider she believes Marsal has “really found her place” and “an essential member” of the Fraser family.

The actress explained season five was “easily the best season that I’ve ever done”.

Part of preparing for her role as Claire’s apprentice involved her learning to butcher animals.

“I had skilled people who are surgeons and professional butchers coming in to teach me how to cut up and filet and crack bones in all the correct ways and treat these animals with respect and make sure that it’s done properly so that when we shoot this sort of stuff, it’s not just like willy-nilly,” she recalled.

“I knew exactly what I was doing the whole time… But learning to do it all – it was unbelievable.”

Marsali will no doubt try to overcome her killer act in season five with the help of Claire and Jamie (Sam Heughan).

It’s been rumoured Marsali and husband Fergus (César Domboy) have a big storyline coming – could it have something to do with the birth of their child?

Outlander seasons 1-5 are available to stream on Starz and Amazon Prime Video.

RHOP star Ashley Darby hints she may have cheated too