Outlander season five comes to an end today with fans finally finding out where Brianna (played by Sophie Skelton), Roger (Richard Rankin) and Jemmy ended up. The young family could be seen attempting to travel through the stones and they clearly left North Carolina as Young Ian (John Bell) was seen alone at the stone after they passed through it. However, on the other side, the trio were shocked by where they ended up.

Fans of the Outlander book series by Diana Gabaldon know that in the books, Brianna and Roger make it back to the future.

But in a big twist, the Starz series saw the couple and their son seemingly end up somewhere very different.

Did they travel back in time or did they end up further in the future than they planned?

Fans have been quick to speculate what might have happened and some believe Jemmy might hold the answer. 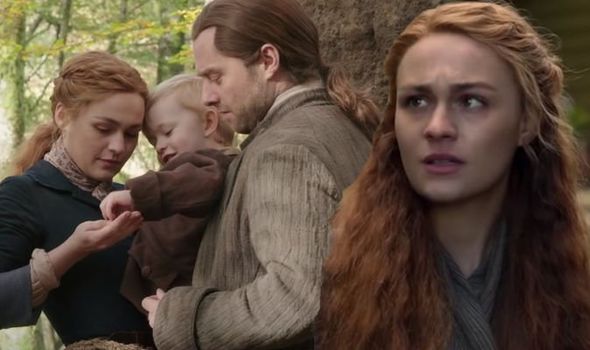 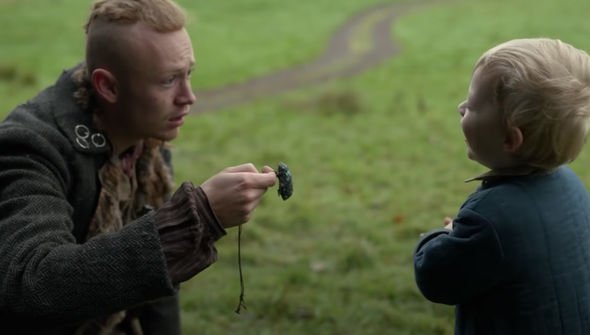 The youngster was stunned when an opal Young Ian had was hot to touch in his hands, which revealed to Brianna and Roger he could time travel.

Young Ian took the stone and claimed it was cold but Brianna, Roger and Claire Fraser (Caitriona Balfe) all confirmed it was warm.

When Jemmy took the opal for the second time, it was so hot it cracked when he held it.

The moment left the Frasers shocked and fans now think it had an affect on where the trio ended up when they time travelled. 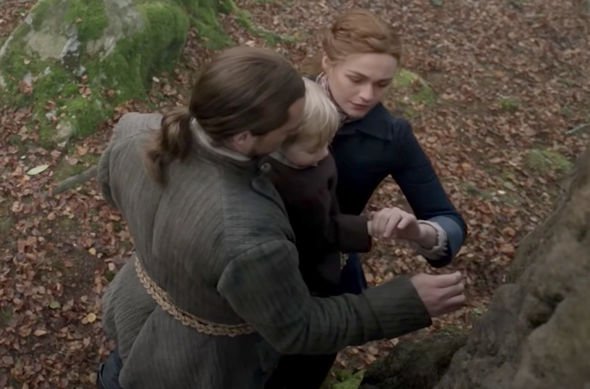 One Reddit user speculated: “What the hell was going on with the opal? That hasn’t happened with other gemstones.

“Maybe the fact it cracked in Jemmy’s hands has something to do with where they ended up?

“Like, if Bree’s right and Roger is his biological father then he has more ability to steer where they go.

“Of course he’s a toddler and doesn’t know or understand his own abilities so who knows where that would be?”

DON’T MISS…
Outlander: Did Jamie Fraser die at Culloden? The huge clue you missed [THEORY]
Outlander season 5 explained: Where do Brianna and Roger end up? [INSIGHT]
Outlander: Would Jamie have died if Claire had not gone back in time? [INSIGHT]

It would certainly be an interesting twist to find Jemmy’s time travelling powers were stronger because both Brianna and Roger can do so.

Unfortunately for fans they have to wait for the final episode to find out what the future holds for the family.

Meanwhile, some viewers believe Brianna was so stunned after she passed through the stone because she was left a tragic message.

Roger could be heard exclaiming: “What the devil?” as they looked up at their surroundings.

Fans think they may have found a message, with one theorising: “They had three stones and Brianna had him hold one “Hold it tight!’ ‘Holding it tight mama!’

“I’m thinking someone built something on that spot as a message to them for them to find in the future.”

Another added: “Not a spoiler, just my theory, as I don’t know. They’re in the right time and place, but someone built something there as a message to them when they reached the future.

“Since Jemmy was running at something saying ‘look mama!’ all happy.”

Outlander airs Sunday on Starz in the US and drops Monday on Amazon Prime in the UK.

Who are Ellie and Izzi on Gogglebox? The Warner sisters from Leeds who star on the Channel 4 show