Outlander fans will know that Jamie Fraser (played by Sam Heughan) and Claire Fraser (Caitriona Balfe) have been through more than their fair share of hardships. However, the final episode of season one was a shocking watch, as Jamie was tortured in prison. Now, it seems the drama may have distracted viewers from a major plot hole.

Over the span of the final two episodes of Outlander season one, Jamie found himself viciously tortured at the hands of Black Jack Randall (played by Tobias Menzies).

In the episode titled Wentworth Prison, Jamie found himself imprisoned and awaiting a death sentence at the hands of Black Jack Randall.

Of course Claire and the Highlanders put together a rescue plan, but it was all too late.

Randall began to viciously torture him, which lasted right into the final episode of the season titled To Ransom a Man’s Soul. 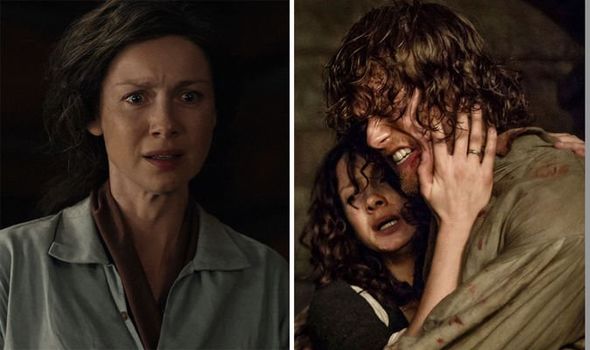 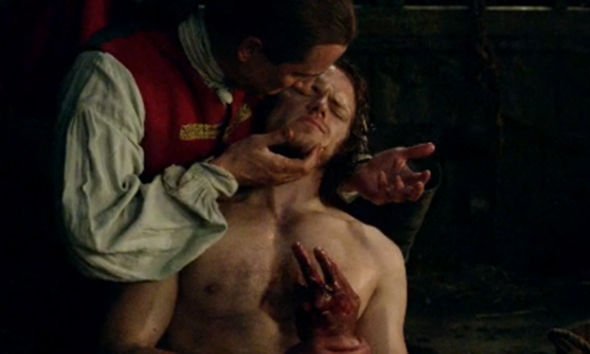 Of course Jamie was swept to safety in the end, but not before he sustained a brutal injury to his hand.

As part of the cruel torture inflicted upon Jamie, his hand was mangled, and fans couldn’t bare to watch their favourite highlander in such a bad way.

However, those who managed to keep their eyes on the screen may have noticed a slight difference in his hand injury in between scenes.

Over the course of multiple scenes, the injured hand goes from severely damaged to just covered in blood, and continues to alternate. 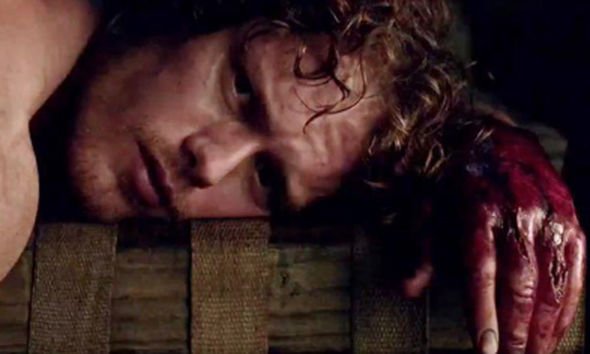 This is likely to be the result of swapping between a fake hand and the Sam’s own hand when necessary.

However, the difference certainly stands out if you’re paying attention.

Meanwhile, fans have picked up on another blunder in one of the later seasons of the show.

In the season four episode of Outlander titled Down the Rabbit Hole, fans saw the first ever episode where neither Jamie Fraser (Sam Heughan) nor Claire Fraser featured for the entire instalment.

The Walking Dead season 10: Major character to return from the dead? [THEORY]

For the first time, Brianna Fraser (Sophie Skelton) took the same journey as her mother through the stones to 18th century Scotland.

Her time mirrored that of her mother’s in many ways and was truly traumatic.

However, there were some minor plot holes that can be found as she reached Scotland.

As the episode began, viewers saw Brianna making herself a sandwich for the trip.

As she prepared, she clearly cuts the sandwich into halves.

Later on, when she unwraps the sandwich to eat it, the sandwich is whole again – certainly never cut in half at all.

Does Brianna have more magic in her than her ability to travel through the stones?

Outlander season 5 premieres on Starz on February 16, 2020, and the next day on Amazon Prime Video.

John Lewis Christmas ad: Who is the little girl in the John Lewis ad?