Home » TV » Outlander: ‘It is a shame’ Sophie Skelton speaks out on sexual violence in series

Brianna Fraser (played by Sophie Skelton) was first introduced into the series in Outlander season three when her mother Claire Fraser (Caitriona Balfe) travelled back to Scotland and revealed Jamie Fraser (Sam Heughan) was her real father. Claire went back through the stones at Craigh Na Dun to reunite with Jamie after 20 years apart and soon after Brianna followed her. As she tracked her down, she came across pirate Stephen Bonnet (Ed Speelers) who raped her in an inn in North Carolina.

When Brianna eventually found Claire and Jamie she revealed to her mother that she had been raped.

She later revealed she was pregnant and didn’t know if the baby was Bonnet’s or future husband Roger MacKenzie’s (Richard Rankin).

Brianna’s rape haunted her throughout seasons four and five before she eventually murdered Bonnet in the latest series.

She is now living on Fraser’s Ridge with Roger and their son Jemmy and trying to put her sexual assault behind her. 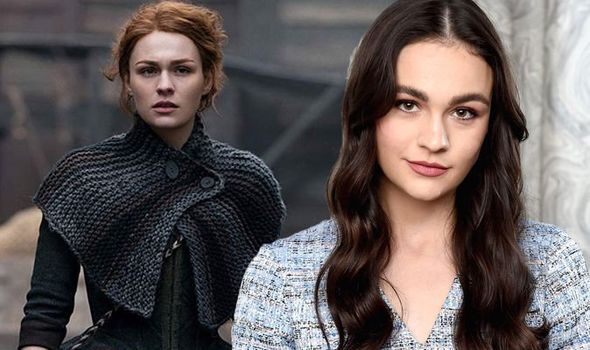 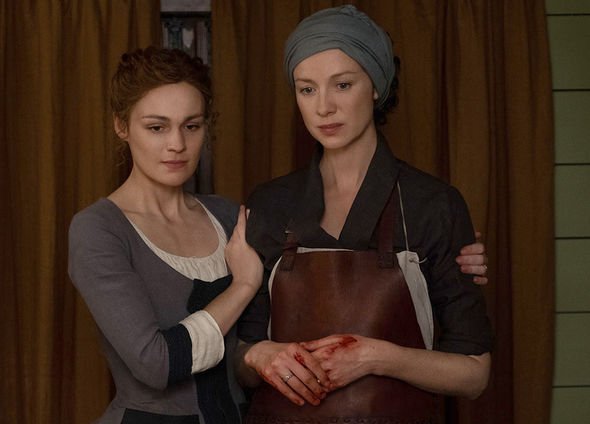 However, reflecting on the storyline, which is part of the Outlander novels written by Diana Gabaldon, Sophie explained she thinks it is a “shame” sexual violence is included in the show.

“It is a shame in a way that that there is so much [sexual violence in the show] because I do think it must be tremendously difficult for some people to watch,” she explained.

“But I think the way Outlander handles it is ultimately good.”

Sophie added to Town & Country: “I think we live our traumas and our joys through characters. 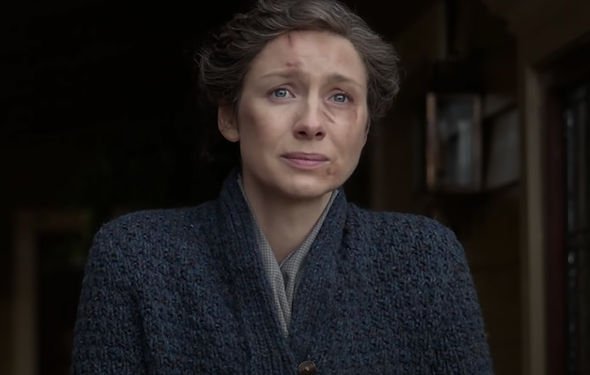 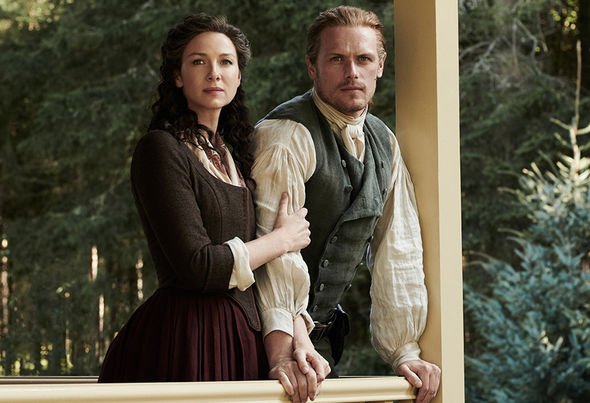 “I just hope that it helps more than hinders people.”

The actress hopes that Brianna’s storyline will provide solace to viewers who are rape survivors.

Sophie’s comments came before the final episode of season five which saw Claire kidnapped and raped by Lionel Brown (Ned Dennehy) and his group of outlaws.

Both the cast and crew explained it was one of the hardest episodes to do, with executive producer Toni Graphia telling Variety it was a “bold choice”.

DON’T MISS…
Outlander: Did Jamie Fraser die at Culloden? The huge clue you missed [THEORY]
Outlander quiz questions and answers: 15 questions for your pub quiz [QUIZ]
Outlander spoilers: How many spin-off series will there be? [UPDATE]

“When we first broke [the episode], I remember we were talking to Caitriona and Sam about it, and they both said, ‘Why not? Why not go there?” he explained.

“Why not go to this place where we actually physically show all the trauma that takes place and all the attack?’”

However, the crew eventually decided to leave it up to the audience to decide what happened to Claire.

“You can fill in the gap that more than one person attacked [Claire],” Matt remarked.

Both Claire and Brianna’s attacks were similar in that way as viewers never saw the younger Fraser attacked.

Instead, viewers saw those in the pub hear Brianna’s cries for help and her slowly leaving the room after being raped.

Meanwhile, when Claire was attacked she was seen in a dreamscape as she tried to distance herself from what was happening to her.

Outlander season 5 is available to stream on Starz and Amazon Prime now.