Outlander fans have enjoyed seeing the stories laid out in Diana Gabaldon’s novels being translated to STARZ screens over the past five seasons. This continued in the season five finale as Claire Fraser (played by Caitriona Balfe) was saved from her horrific capture by Lionel Brown (Ned Dennehy) in an act of revenge for posing as Dr Rawlings.

Although Jamie Fraser (Sam Heughan) saved Claire when she needed him the most, some things were missing from the show’s depiction.

Viewers saw Claire sexually assaulted by several of her captors and left in the dark crying before Jamie and his men arrived.

They took him back to Fraser’s Ridge where he was eventually killed by Marsali Fraser (Lauren Lyle), who refused to help tend to his wounds. 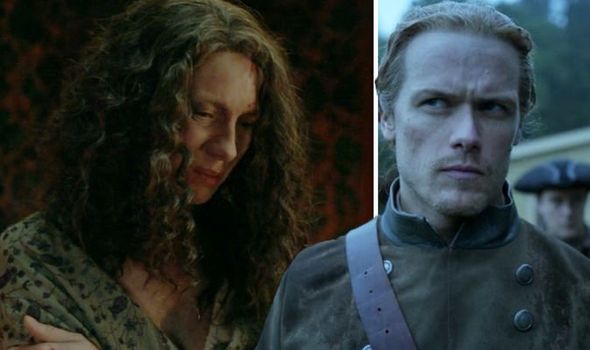 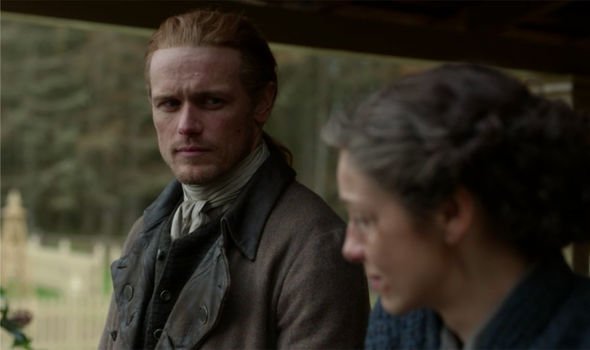 Despite this, fans have pointed out a massive point from the books was missed, which involved drumming.

Explaining the missing details, Reddit user rattle_the_starz pointed out: “There were no drums in the finale and it would have made it so much more powerful. What a missed opportunity. That is all.”

The scene in question saw the team looking to save Claire utilising a drum procession to intimidate the captors, and notify Claire of their arrival.

Fans were not happy about its removal from the show, with another commenting: “That was hands down the part I remember so vividly regarding this storyline. I was disappointed it was left out.” 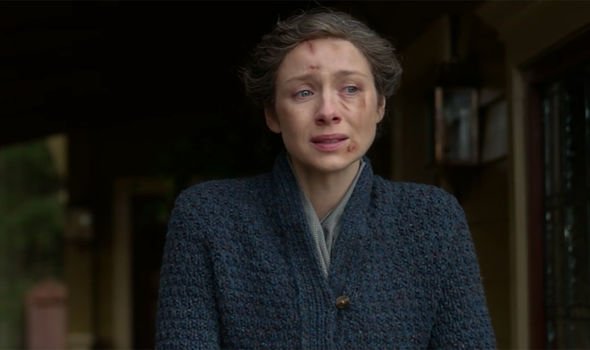 Another added: “That’s what I say, it’s the one thing I remember from the book. The bodhran coming thru the forest. Still bummed.”

Viewers believed this was a hugely important moment in the story and were a little upset that it was left out.

However it would make sense for the save and rescue team to forgo the drums, as it could have caused some issues with their plans.

Meanwhile, Reddit users have also been discussing some other lost scenes from the books.

Reddit user Reamund recently explained: “I’m so glad they left out the scene where Jamie gets Claire drunk and convinces her to have sex with him after her assault.

“I know his intention was to make it impossible to know who the father would be if she got pregnant, but… blech. It left such a nasty taste in my mouth.

“And after seeing just how battered and shattered they made Caitriona look, it would have been a really tough sell.”

This scene was included in the books to help Claire and Jamie to deal with the trauma they had been through.

But viewers of the TV show were eager to see it gone, as they believed it would have been a hard watch.

Another viewer added: “I figured they were hinting at cutting that scene by showing her with symptoms of menopause in the previous episode.

“I’m glad they did. Hopefully it’s not something they include next season.”

Outlander season 5 is available to stream on Starz and Amazon Prime now.

‘The Mandalorian’ Recap: The Child