During Tuesday night’s Our Yorkshire Farm, Channel 5 viewers saw how the Owen family celebrated Christmas. Amanda and Clive’s nine children were home for the festive holidays, and for them, it was as busy as ever on the farm. Not only were they worried about the birth of two twin calves which could have had a fatal outcome, but Clive and son Miles admitted to being concerned about the deadly bird flu disease sweeping through their poultry.

During the segment, Miles roped in his younger brother Sidney to help him ensure that his beloved chickens were kept safe throughout the winter months.

Miles has cared for the family’s flock since he was eight years old and he was forced to relocate his chickens following the recent outbreak of bird flu.

“We’re putting all the hens in because of bird flu,” Miles explained. “We’re just getting the stable ready today.

“They’re free-range chickens and they’d much rather be outside but for the time they’re in here, I think they’ll enjoy it.” 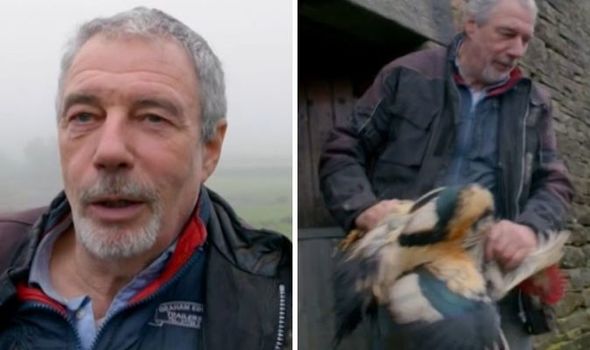 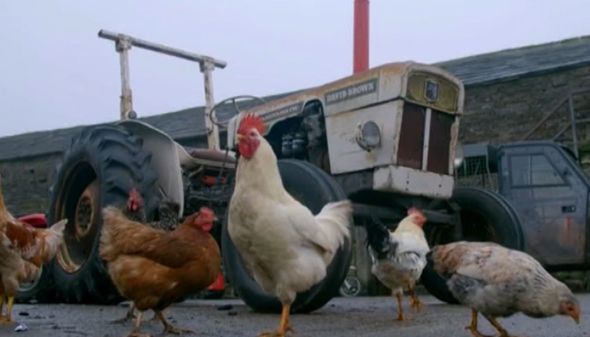 As Miles began to air his concern, he continued: “I’m a little bit worried if a chicken does get bird flu which I hope it doesn’t, it probably will die which is not good.

“You could say we are quarantining the chickens but not from corona(virus).”

The boys set about rounding up all of the chickens who were roaming about freely on the farm – which was not an easy task.

Their dad Clive, who watched as the boys tried to capture the birds offered a few words of advice, as he said: “I just wondered boys if you had a bit of corn…” 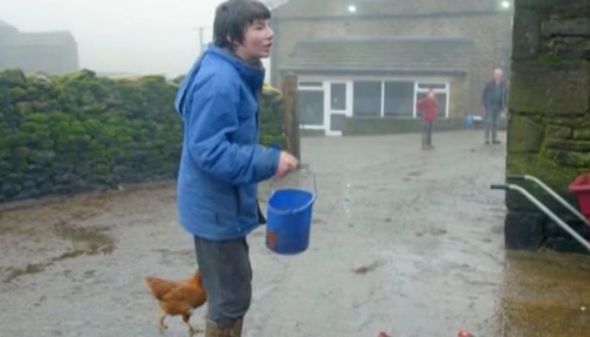 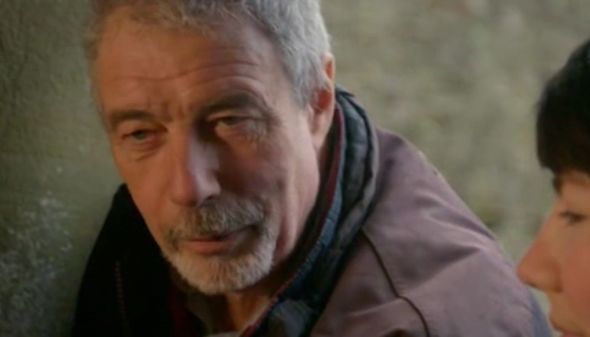 “We’ll give it a go,” Miles simply replied as he gathered a bucket of corn.

Clive opened up about his own concerns: “Miles’ chickens will have to stop being free-range and go inside for a while.

“Miles really enjoys his chickens, and he does well and works hard to keep them in order.”

Speaking about his own worries, the farmer added: “It’s not ideal in the lead up to Christmas but that’s the law of the land so we will have to comply.”

“Everybody will,” Clive said. “Whether you’ve got two chickens or 20,000 chickens, they’ve got to go inside.”

After they had finally collected all of the chickens, Clive said to his sons: “Looking good lads.

“I think now it’s coming up to Christmas, I wonder if we shouldn’t go and buy a turkey.

“I think we should just have the cockerel for Christmas dinner, what do you think?”

Miles agreed with his dad as he added: “You’ve got all these lovely cockerels and we have to do something with them.

“I’ll have to kill them, and then you lads will have to pluck them and so there is a lot of work involved.

“But just think of all the money you’ll save. Good job lads let’s just hope they’re not shut in for too long.”

Fortunately for Clive and the rest of the Owens, their actions managed to stop the spread of the disease through too much of their livestock.

Our Yorkshire Farm returns on Tuesday at 9pm on Channel 5.