Home » TV » Ollie jailed in Hollyoaks as he skips his sentencing? 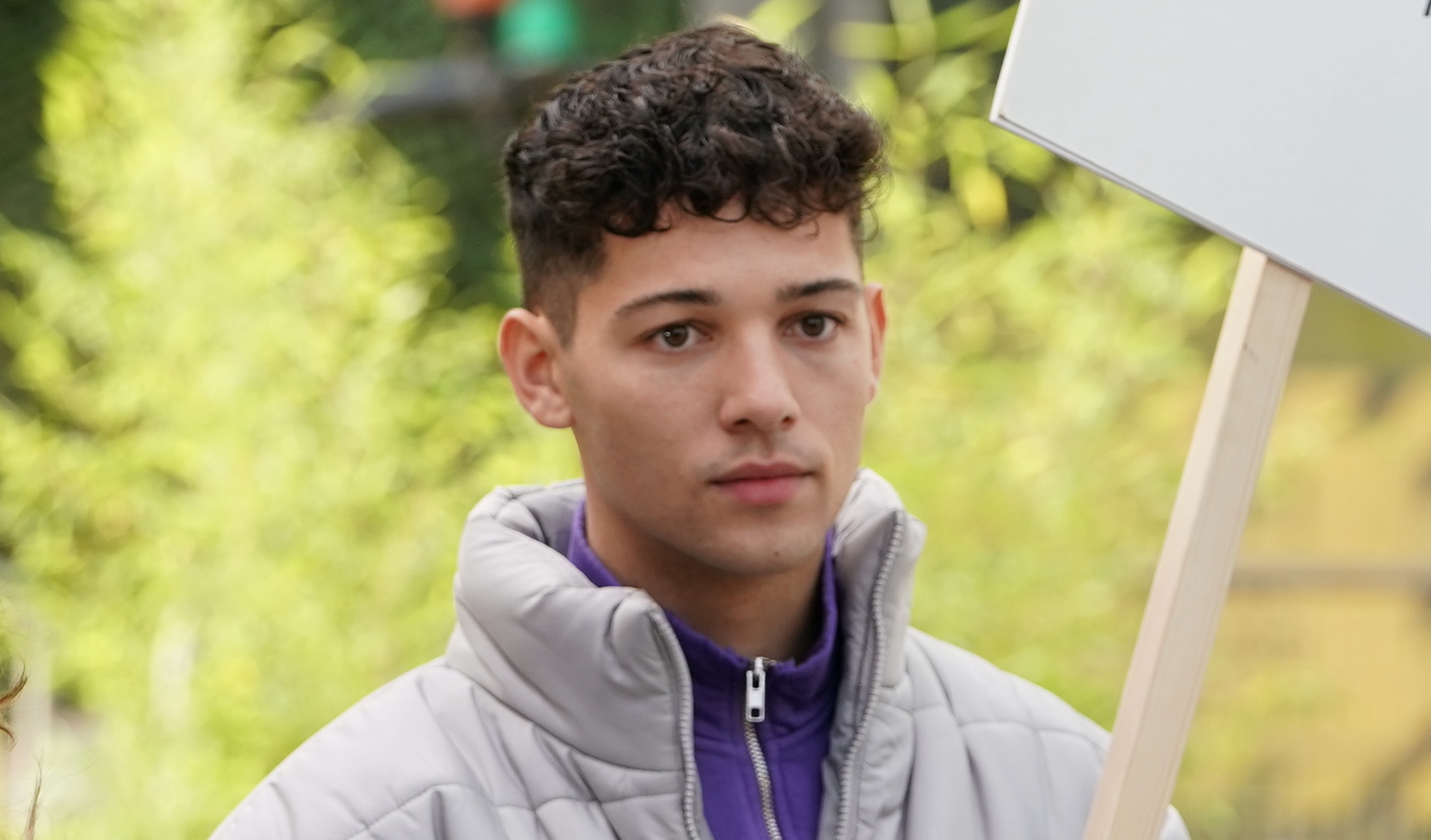 Ollie Morgan (Gabriel Clark) could be facing jail time in Hollyoaks, as he decides to skip his sentencing hearing in upcoming scenes.

Zara had been protesting the Christmas lights going up in the village, while Becky was desperate to ensure the switch-on went ahead, and thus broke into the van which stored the lights, before attempting to display them herself.

With the police having been notified of the dispute, PC Franks arrived to calm the situation, but Ollie got involved, and ultimately pushed Franks to the floor.

Becky’s influence on him is clearly having a negative effect, and this will very much continue in upcoming scenes, as she asks Ollie to assist her with another protest.

The Dee Valley hospital Heroes fundraiser event arrives, and Becky is hellbent on causing a scene, as she and Ollie rock up with bollards, megaphones and a creepy scarecrow!

But just how far will they go? That remains to be seen.

Ollie, however, refuses to listen, and reveals that he’s intent on missing his sentencing!

Will he have a last-minute change of heart? Or will he be going straight to prison for his crimes?

Why 'Watchmen' Began with the Tulsa Race Riots