OCTOMOM Nadya Suleman had a family pizza party on Monday.

The mother-of-14, of which 8 are octuplets, served veggie options – as she revealed that 13 of her children are vegan. 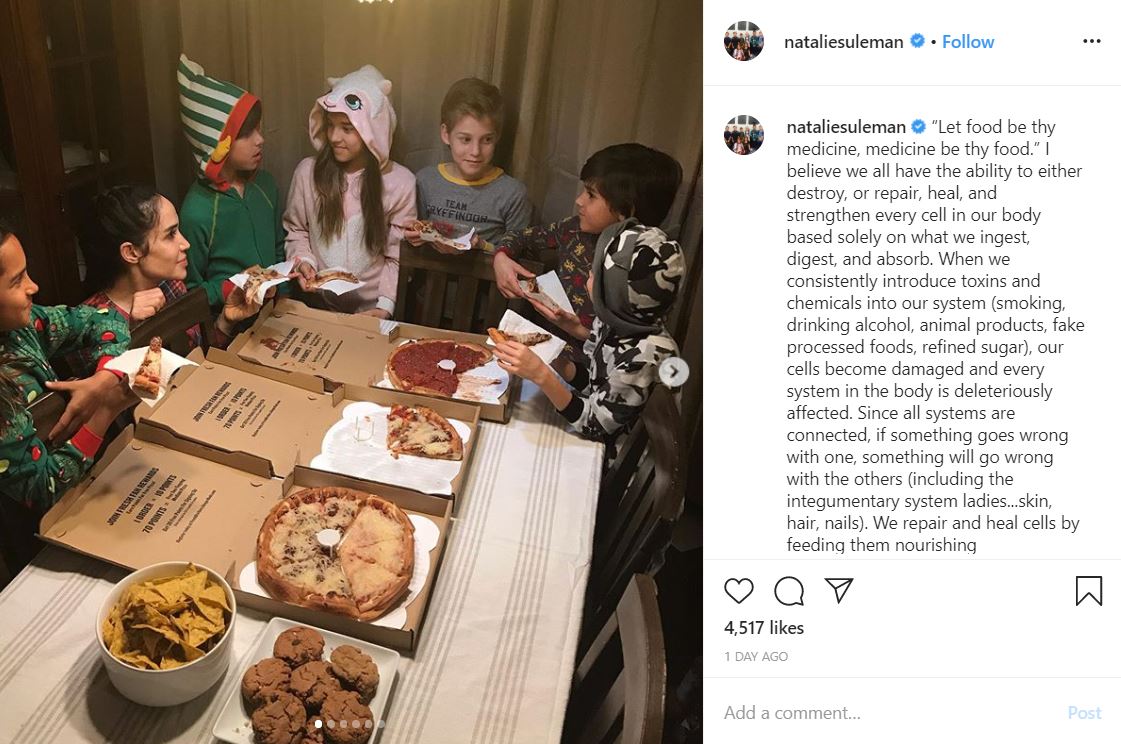 The 44-year-old shared pictures of their dinner and prep, to her Instagram, as she preached a healthy lifestyle.

She captioned: "'Let food be thy medicine, medicine be thy food.' I believe we all have the ability to either destroy, or repair, heal, and strengthen every cell in our body based solely on what we ingest, digest, and absorb.

"When we consistently introduce toxins and chemicals into our system (smoking, drinking alcohol, animal products, fake processed foods, refined sugar), our cells become damaged and every system in the body is deleteriously affected.

"Since all systems are connected, if something goes wrong with one, something will go wrong with the others (including the integumentary system ladies…skin, hair, nails). We repair and heal cells by feeding them nourishing micronutrients, plant based protein, and water (THE most essential element for health)." 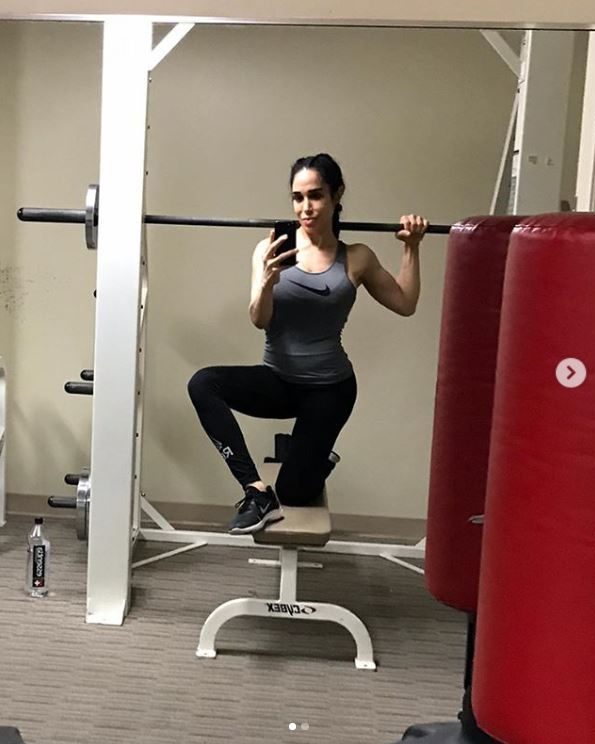 She continued: "I’m sharing just a glimpse of how healthy my kids and I live. 13 out of my 14 kids are vegan.

"My daughter Calyssa (pictured ingesting raw chard) has internalized and now exhibits similar healthy behaviors as me. My oldest, Eli, used to eat burgers nearly daily, and now is vegan on his own volition. We parents couldn’t possibly conceptualize how impactful our actions are on our children. They are sponges, seeping in everything we do, far more than everything we say."

Of her own eating habits, she wrote: "Personally, I am a predominantly raw, ethical vegan (I refuse to condone or contribute to the unnecessary, merciless suffering of sentient beings).

"Though the byproduct of leading this lifestyle is strengthened immunity (my kids and I have never had a flu shot), increased energy, a heightened sense of mental clarity, physical fitness, and slowing the aging process." 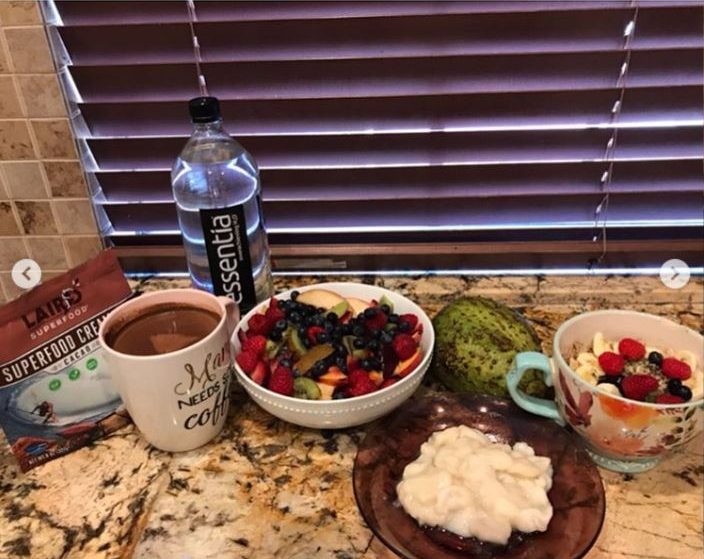 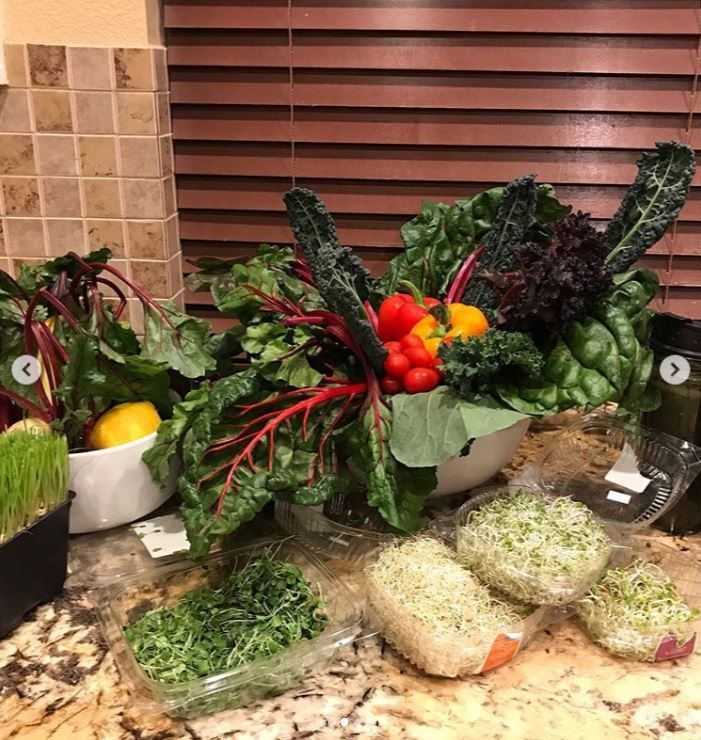 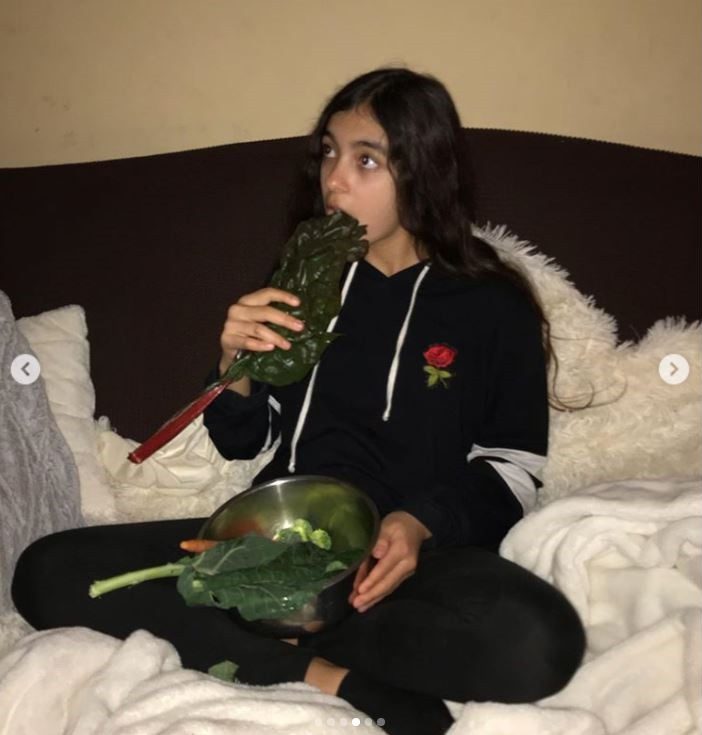 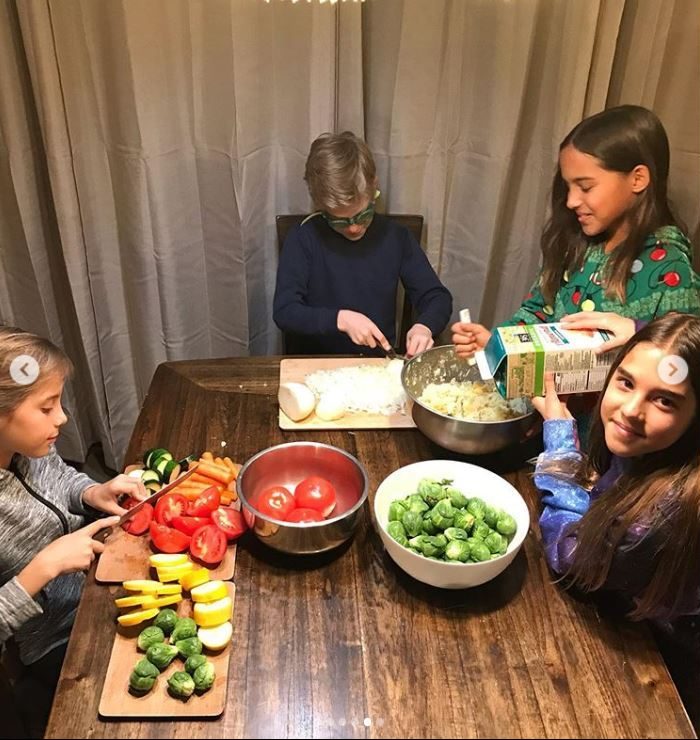 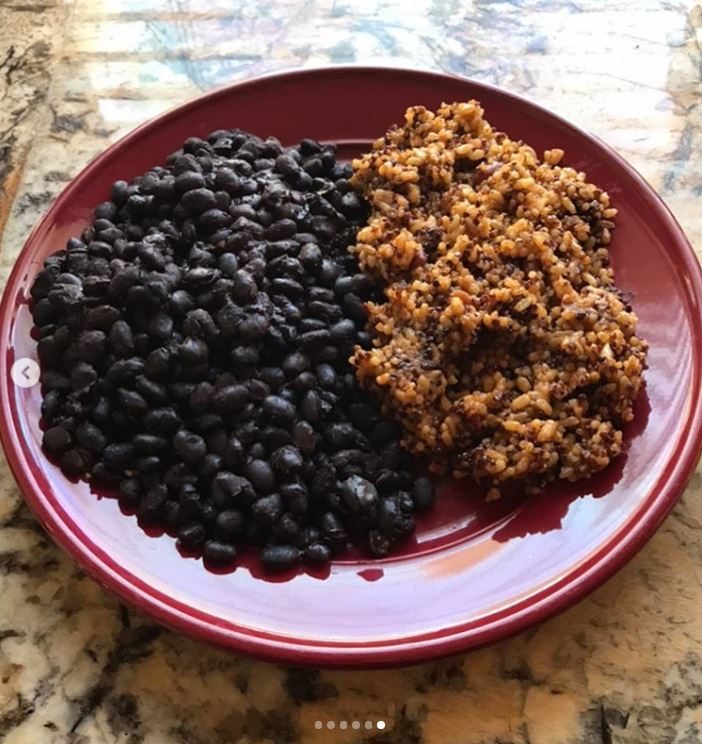 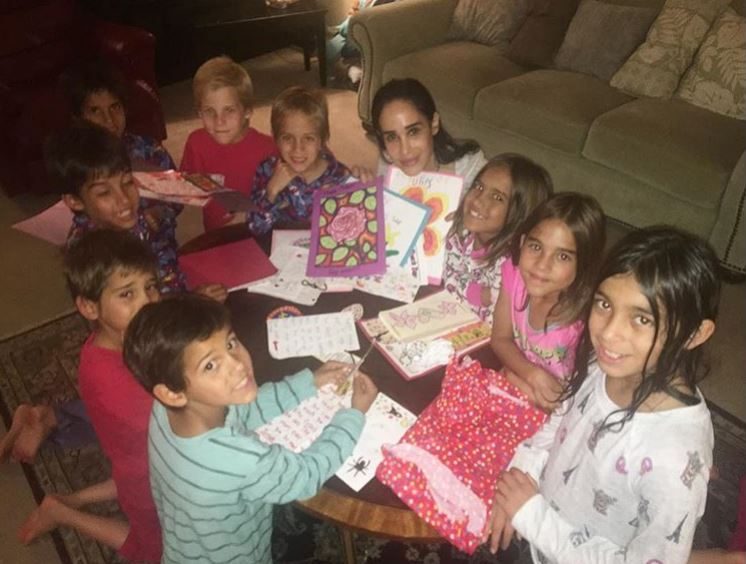 The California explained she does allow some treats.

"I allow my children (and myself) to enjoy some vegan 'junk' once per week at the most," she wrote.

"This way they do not feel deprived, and learn the value of self-discipline. We eat whole, plant based foods with nearly no added ingredients (other than spices). I will educate on a separate post about plant based vs. animal protein, and the different types of carbohydrates and sugars, due to lack of space," she said.

Suleman already had four sons and two daughters, including a set of fraternal twins, when she welcomes octuplets in January 2009.