NICOLE Scherzinger showcased her off-duty style in a chic sundress as she joined boyfriend Thom Evans for lunch in LA after a day of house hunting.

The 42-year-old went for a low-key look in the simple dress, which featured tie-style straps and button detail. 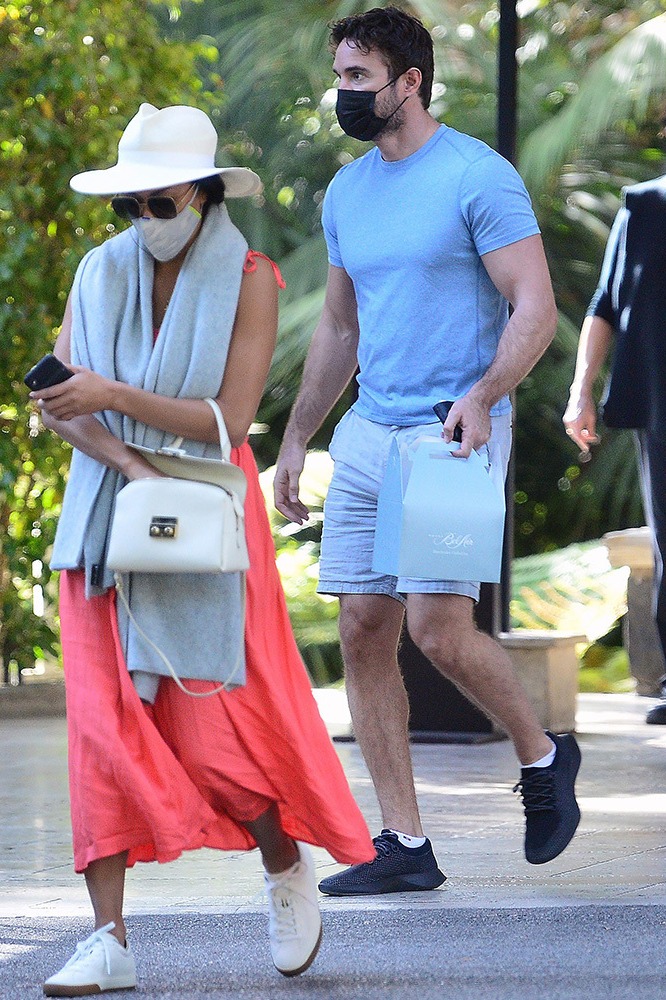 The Masked Singer judge accessorised her garment with a pair of white plimsols, oversized shades and a wide-brimmed cream hat.

Attempting to remain incognito, Nicole sported a white face and draped a large grey shawl around her neck as she left Hotel Bel-Air following a romantic lunch with Thom, 35.

Thom followed Nicole's relaxed appearance and donned a pair of cream shorts with a fitted grey T-shirt for their outing.

Earlier in the day, the 42-year-old was spotted house hunting with a realtoraround the illustrious Bel-Air neighbourhood. 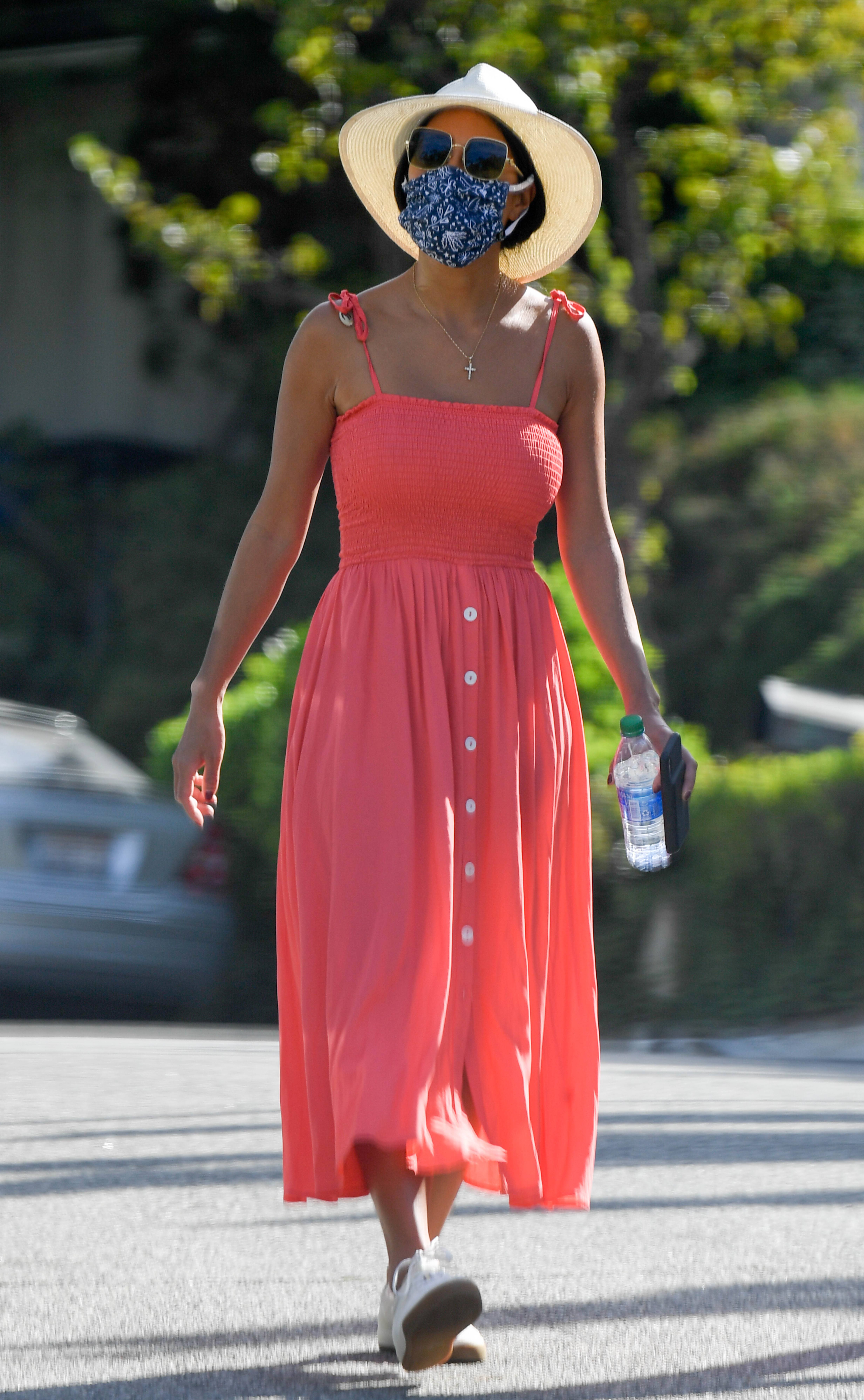 Nicole's house hunting comes after The Sun exclusively revealed that the couple were looking to buy a new home and wanted to try for a baby.

A friend told us: "Thom told pals he’s been taking supplements to boost fertility. Nicole and Thom are ridiculously loved-up, and have had serious conversations about everything from marriage to babies.

"No one would be surprised if they had some baby news in the coming months.

"Thom currently lives with his brother and a housemate in London which hardly makes for a romantic love nest. They are looking to buy a house together once lockdown is over." 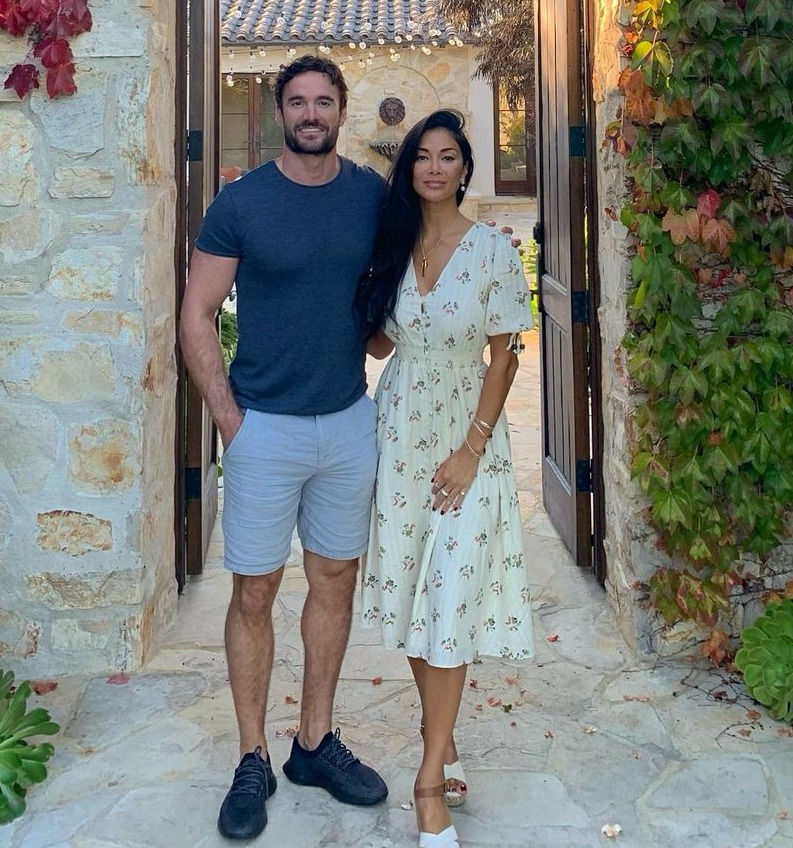 Last month, Nicole admitted she is ready to start a family with hunky boyfriend Thom.

Speaking to The Mirror, Nicole said: "He's my man… the man of my dreams. I definitely want kids, at the right time. It is all about timing.

"It's kind of hard now because I'm supposed to be touring next year, so it's just about timing. I've always wanted a family." 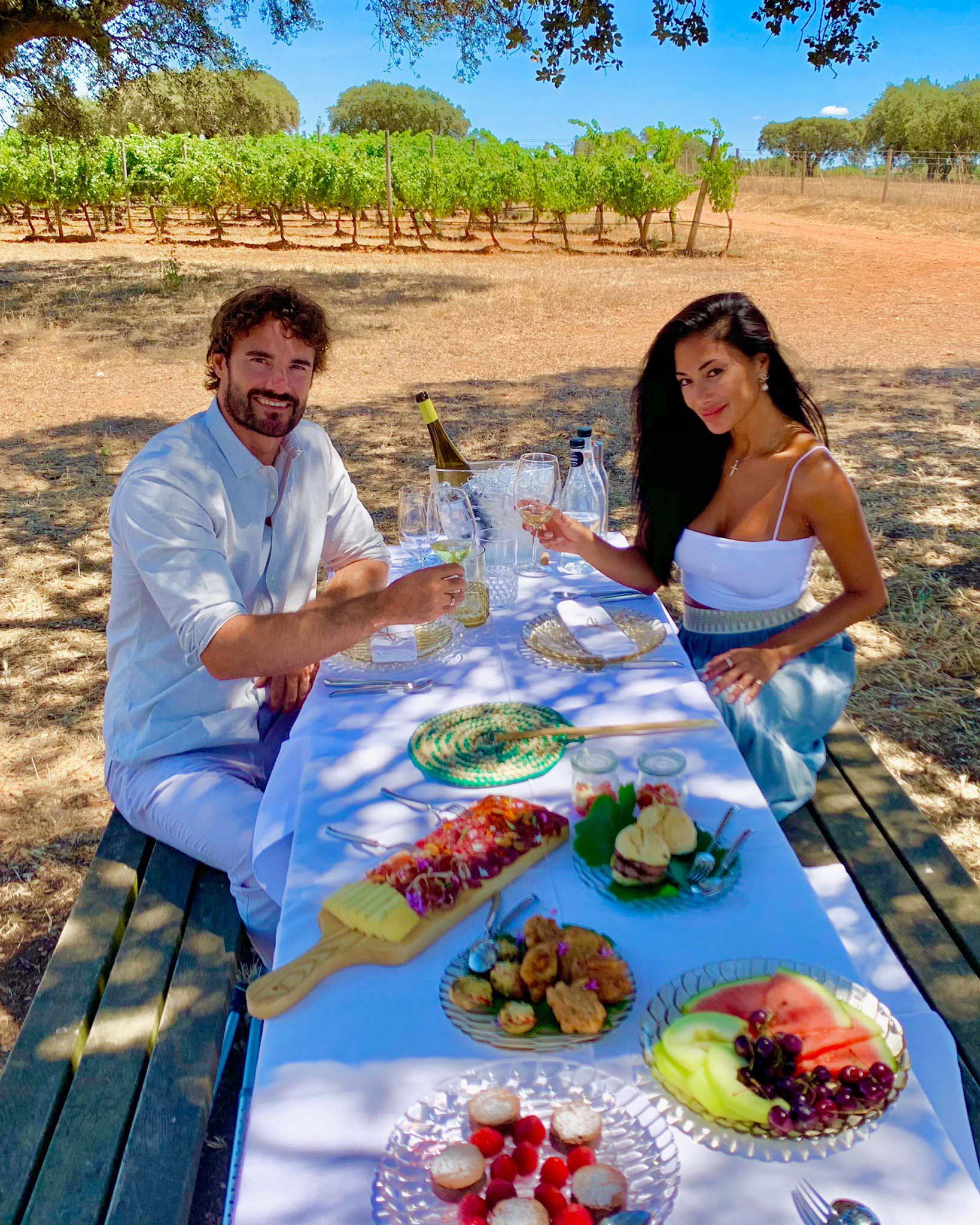 The loved-up couple hit it off while Thom was competing on X Factor: Celebrity and have been dating ever since.

She added: "It's just been a blessing to be able to have, like, a normal, healthy relationship and take time for myself. He is my partner in crime, my best friend.

Nicole paid tribute to Thom as they celebrated their one year anniversaryin November.

She gushed at the time: "Happy Anniversary my love. Who knew my whole world would change a year ago. You are my answered prayer. I love you so very much."

Lewis and Nicole were on and off for seven years before they split for good in 2015.

Revealed: Did Princess Diana Attempt To Reach Out To Sarah Ferguson Before She Died?