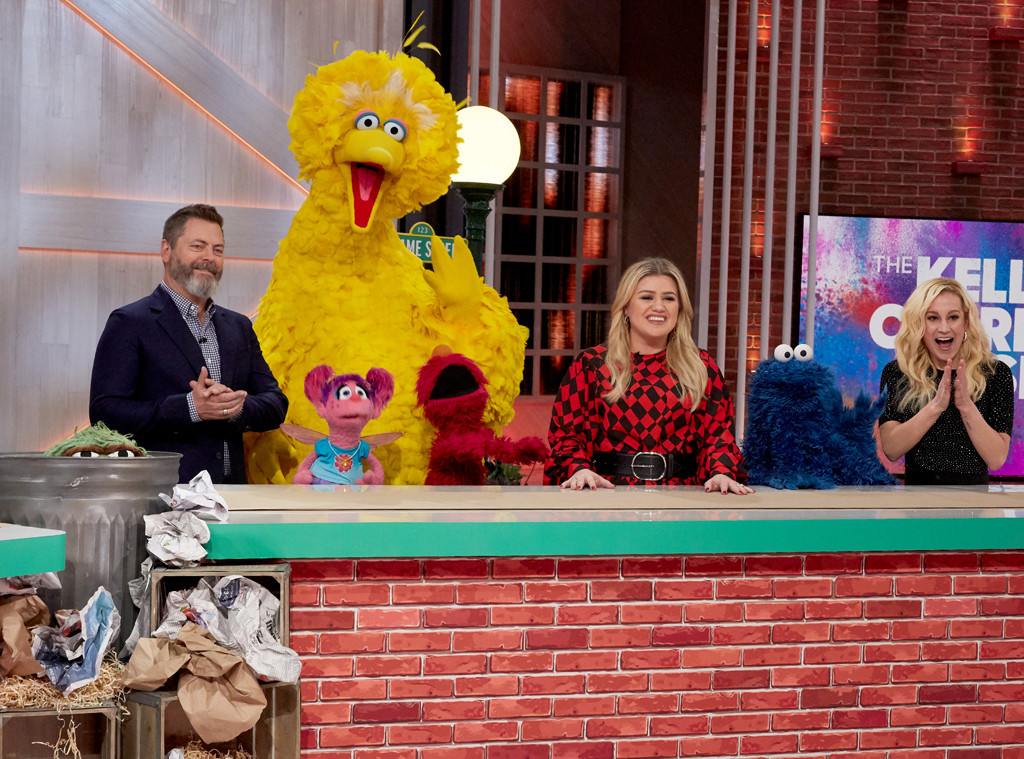 Nick Offerman, can you tell us how to get our Christmas tree decorated?

In an appearance on The Kelly Clarkson Show airing Monday, the Parks and Recreation alum put his expert crafting skills to work as he taught the cast of Sesame Street, host Kelly Clarkson and fellow guest Kellie Pickler how to make homemade string art ornaments!

Donning their safety goggles, Offerman walked Big Bird, Elmo, Abby Cadabby, Cookie Monster, Oscar the Grouch and the two American Idol alums through the craft, which he noted “are something that are fun to make with grown-ups and kids.”

To create these stringy decorations, Offerman, Clarkson and Pickler each had their own crafting stations. At Offerman’s spot stood Elmo, looking on curiously as the actor made his ornament. Big Bird and Abby Cadabby stood with Pickler and Clarkson was joined by Cookie Monster. Oscar the Grouch, of course, just hung out in his trashcan between the tables.

“You need five things,” Offerman continued, adding in a tease for Cookie Monster. “A slab of wood. It’s cookie-shaped. Don’t mean to be misleading. Some small nails, a hammer, a template and some string.”

At one point during their crafting, the comedian asked Abby Cadabby to wave her wand and use “the magic of television” to speed up the process.

“Through the magic of television,” the adorable puppet said, “Zippity zap!”

Offerman, of course, is the perfect person to teach this cheery group how to craft, as he hosts the crafting competition show Making It with fellow Parks and Recreation star Amy Poehler! Season two of the creative series airs Dec. 2 through Dec. 11. 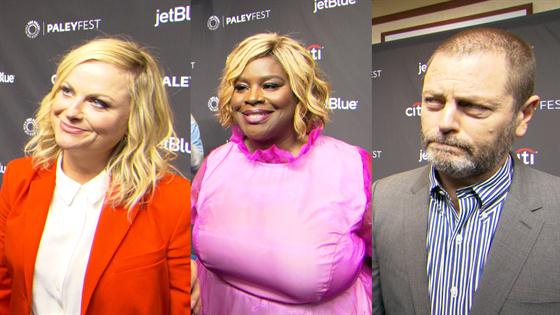 Now, gather all of your art supplies and check out the full video to watch the cutest crafting lesson you ever did see. It’ll surely sweep the Monday clouds away.

(E! and NBC are both part of NBCUniversal.)

E! News returns weekday mornings at the beginning of 2020!

'Locke and Key': Laysla De Oliveira on That Big Dodge Twist – and That BIGGER Dodge Twist