Leo (played by Tim Kano) arrived on Neighbours with his twin brother David Tanaka (Takaya Honda) and the brothers soon discovered they were the offspring of Paul Robinson (Stefan Dennis).

Since then, Leo has become a business partner to his father, as well as being embroiled in a love triangle with Paul and Terese Willis (Rebekah Elmaloglou).

The culmination of the romance with Terese led to her being shot when Leo’s past caught up with him as gangsters turned up on Ramsay Street with revenge in sight.

Deciding her heart was destined for Paul, Terese broke things off with Leo, who then went on to have a brief dalliance with her daughter Piper Willis (Mavournee Hazel) on the Channel 5 soap.

Since Piper left Ramsay Street earlier this year, Leo has gone about investing his time in running his bar with newcomer Roxy Willis (Zima Anderson).

However, after three years of shock revelations, heartache and betrayal, Leo will leave Erinsborough in the coming weeks, but could it be something to do with Paul and Terese’s latest romantic dramas?

It had been hinted Leo Tanaka star Tim Kano, 32, was leaving the show a couple of weeks ago when the cast of Neighbours were pictured at a celebratory gathering.

The news was finally confirmed on the website for the management of the actor in a post which read: “This year sees Tim finish up at Ramsay Street and take on Hollywood.”

Terese recently proposed to Paul after her ex Vance Abernathy (Conrad Coleby) caused havoc between the pair, but the ruthless businessman turned down the offer of marriage.

With Terese devastated by Paul’s decision, it could be the hotel owner will have turned down the offer to make the proposal himself. 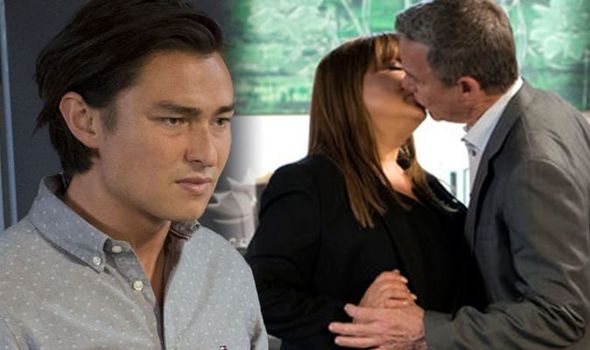 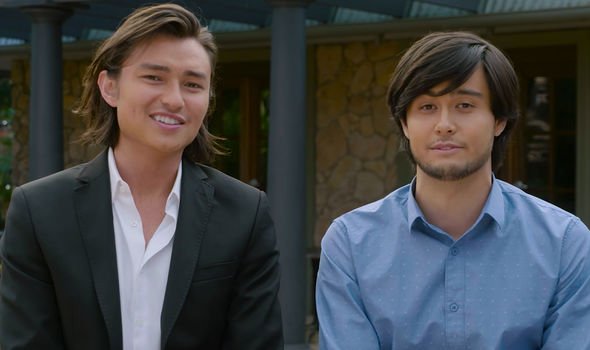 I don’t think it will be all fairytales

If Terese and Paul do decide to walk down the aisle, could the thought of his ex marrying his father be too much for Leo?

The actress added: “I’d love to know how on earth we’d do it, though. I think we’d elope to Vegas or something.

“If Paul and Terese stay together, I don’t think it will be all fairytales. It will undoubtedly be tumultuous.”

“If they are going to stay together, we need to keep the angst and drama there,” Rebekah continued. 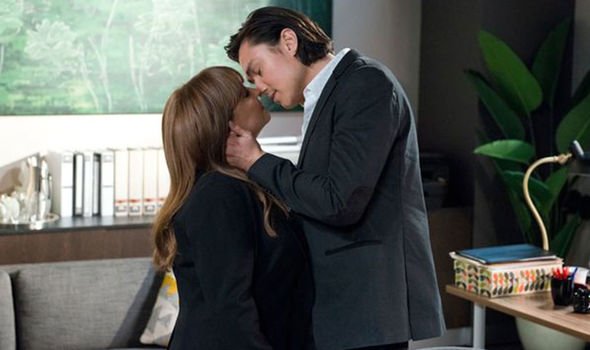 Could it be Leo is still harbouring feelings for Terese, allowing the door to be led open after his exit for him to return in the future to try and stir things up between the pair?

Elsewhere in Erinsborough, Dee Bliss (Madeleine West) will make her return to Neighbours in upcoming episodes, 16 years after she was thought to have died.

Dee will come face-to-face with her doppelgänger Andrea Somers (also Madeleine West) on a cliff top as the troublemaker meets with Toadie Rebecca’s (Ryan Maloney) ex-wife.

A post of the show’s official Twitter page has teased yet another twist in the tale as it seems one of the women will end up dead as the doppelgängers tussle at the top of the cliff.

Will Toadie ever get answers to the mystery surrounding the fate of his ex-wife, or will Andrea manipulate the situation to her advantage once more?