So far in NCIS: LA season 12, it’s fair to say Marty Deeks (played by Eric Christian Olsen) hasn’t had the easiest time of things. The LAPD liaison officer was told he no longer had a job and was forced the leave his wife Kensi Blye (Daniela Ruah) and the rest of the team behind, which resulted in the CBS series fan-favourite debating whether he and his other half could go through with the purchase of their first home. However, he was given renewed hope from boss Hetty Lange (Linda Hunt) before the festive break that he may have a future on the team – but will it end in another heartbreaking twist?

Just as all hoped looked lost for Deeks to remain a part of the team before the Christmas hiatus, Hetty managed to pull some strings.

Deeks had been told by Nell Jones (Renee Felice Smith) he was too old to take the retrain as an NCIS agent but it looked like Hetty had proved her colleague wrong.

“Age is but a number,” she told Deeks via video link in the closing moments of episode six, If the Fates Allow.

And judging by a series of snaps released by CBS ahead of NCIS: LA’s return in January, Deeks will indeed get the interview he desires. 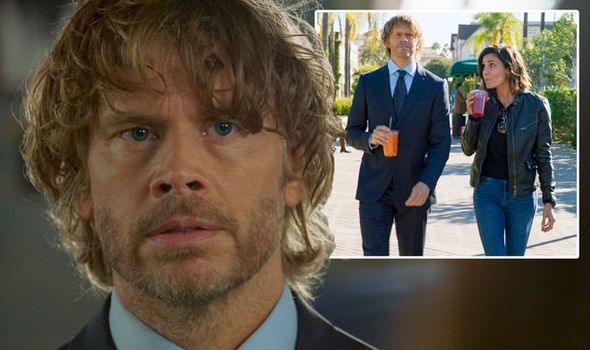 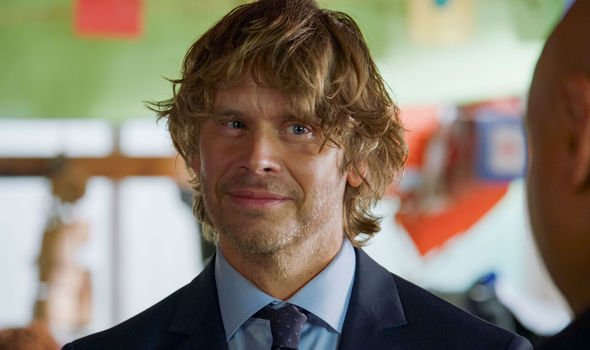 Clutching a smoothie in one of the first-look pictures, Deeks and Kensi appear to be readying themselves for the big interview.

Donning a suit, Deeks cuts a smart figure, desperate to impress the FLETC employee who’ll be putting him to the test.

Spirits seem high for Deeks in the second snap released as it looks like he turns to Sam Hanna (LL Cool J) for some advice beforehand.

Still in his suit, Deeks is shown rather nervously smiling as he takes onboard whatever it is Sam is saying to him. 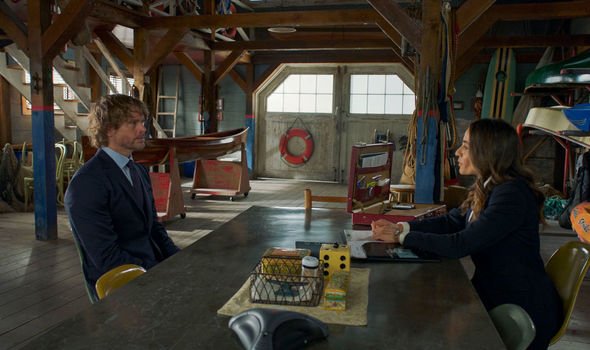 But in the third photo, NCIS: LA fans get a peek at the interview itself.

Not too much is given away from this snap as it appears Agent Martinez is simply conversing with Deeks.

However, the biggest clue that thing may not be going Deeks’ way come in the fourth and final spoiler photo [see header].

In it, fans see a rather worried looking Deeks during, what appears to be, the interview.

A glimpse at Agent Martinez’ shoulder can be seen in shot which suggests she may have just delivered him some bad news.

Deeks is a picture of frustration and apprehension as he listens intently to whatever the DCSA Agent is telling him.

And given Deeks’ current run of luck, there’s plenty of chance that it means he may not be in line for the job he wants oh-so badly.

Fans will have to wait until NCIS: LA season 12 returns in January to find out exactly how Deeks’ interview goes.

But judging by the first glimpse at the episode, they may not want to get their hopes up for a happy ending for Deeks.

Elsewhere in the episode, the synopsis teases that the team’s “investigation of a man who sold military information leads to the abduction of a doctor whose cutting edge neurotechnology could be developed into advanced weaponry.”

I’m a Celebrity 2019 lineup: Stacey Dooley and Dani Dyer to head to the jungle?