Charlie Stayt and Naga Munchetty were back to provide BBC Breakfast viewers with all the latest headlines on Friday morning. And in one rather fun segment, Naga lined up a clip for BBC viewers to see of Wally the Walrus, a sea creature the programme has been following after members of the public sent in their clips of him getting up close to them. But when Naga thought she spotted a second walrus in the clip, Charlie was quick to prove her wrong.

Kicking off the segment, Naga introduced Wally: “Now, you may remember we have been bringing you the adventures of Wally the Walrus, he’s making his way across the British coastline and he’s been spotted again.

A clip of Wally then played which showed the walrus tried to board one family’s boat off the Isle of Scilly.

“Two weeks after he was seen in Spain,” Naga continued. “Here he is doing his best to join in the fun with this family in the Isle of Scilly.”

But then Naga had her attention diverted: “And I do think we just saw another walrus go across camera just then.” 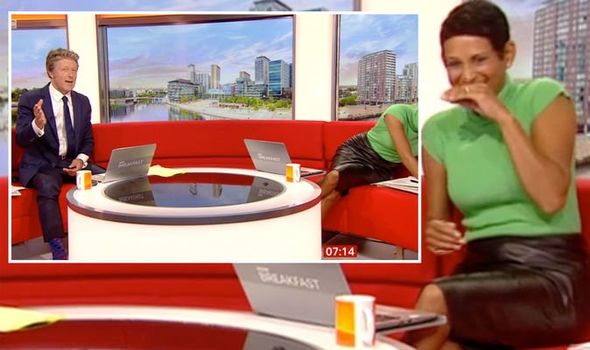 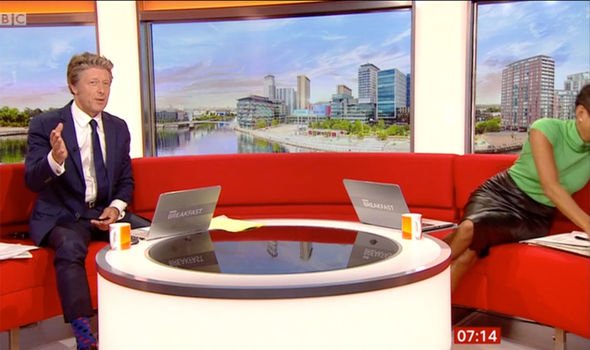 Despite apparently seeing a second animal, Naga continued: “He failed to climb on board and apparently, he tried his luck on another 20 yachts that were parked up.

“And I must say, you know, Wally is safe and having a good time and people have been discouraged from trying to touch him or bother him because he’s doing his thing but obviously Wally seems friendly.”

Charlie weighed in with his thoughts: “I love that first shot, he’s effectively going up the side of the boat.”

But the supposed second walrus was clearly on Naga’s mind, as she said: “Yeah, yeah, and did you see – I’m sure there was a little walrus that went in front of the camera? 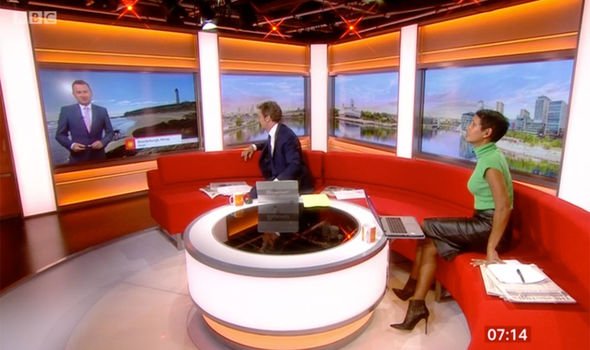 “Let’s just see it again, can we, please? Gareth our director is sorting it out because I think at the very beginning…

“Right, there’s Wally trying to get on the boat, just wait for it, wait for it… there,” Naga said.

However, Naga had mistaken the second walrus for the top of someone’s head which briefly popped into the shot.

And Charlie didn’t beat around the bush in exposing his co-star’s mistake.

“No, that’s a person’s head,” he bluntly interjected, prompting Naga to burst into laughter and keel over on the sofa.

“Really, we could show this many many times,” Charlie added. “That’s definitely someone’s head with hair. It’s not a walrus.”

Clearly embarrassed, Naga tried to regain her composure as she hit back: “It’s not definitely!

“It could’ve been your head really,” Naga said before cutting to weather reported Matt Taylor for his thoughts.

But it was to no avail as Matt chimed in: “That was someone’s head, I’m with Charlie.”

Charlie and Matt then went on to joke that a dog in the photo behind the weather reporter was actually an octopus.

“Have you seen behind Matt in the picture there’s an octopus walking into the water?” Charlie joked, prompting Matt to tease: “I think it’s a dinosaur.”

BBC Breakfast continues daily at 6am on BBC One.