Home » TV » 'Money Heist' Season 5: New Villain May Give Gandía a Run for His Money as the Meanest

Netflix has managed to pull off another highly-anticipated arrival with Money Heist Season 5. Fans must wait until September to see the first half of La Casa de Papel’s explosive final season, and it’s guaranteed to bring more destruction, pain, and subterfuge. The streamer also released some first-look production photos for the TV show and one of them features a new character who is giving off combative energy. Álex Pina and the rest of the Money Heist creative team are urging fans to figure out his motives. 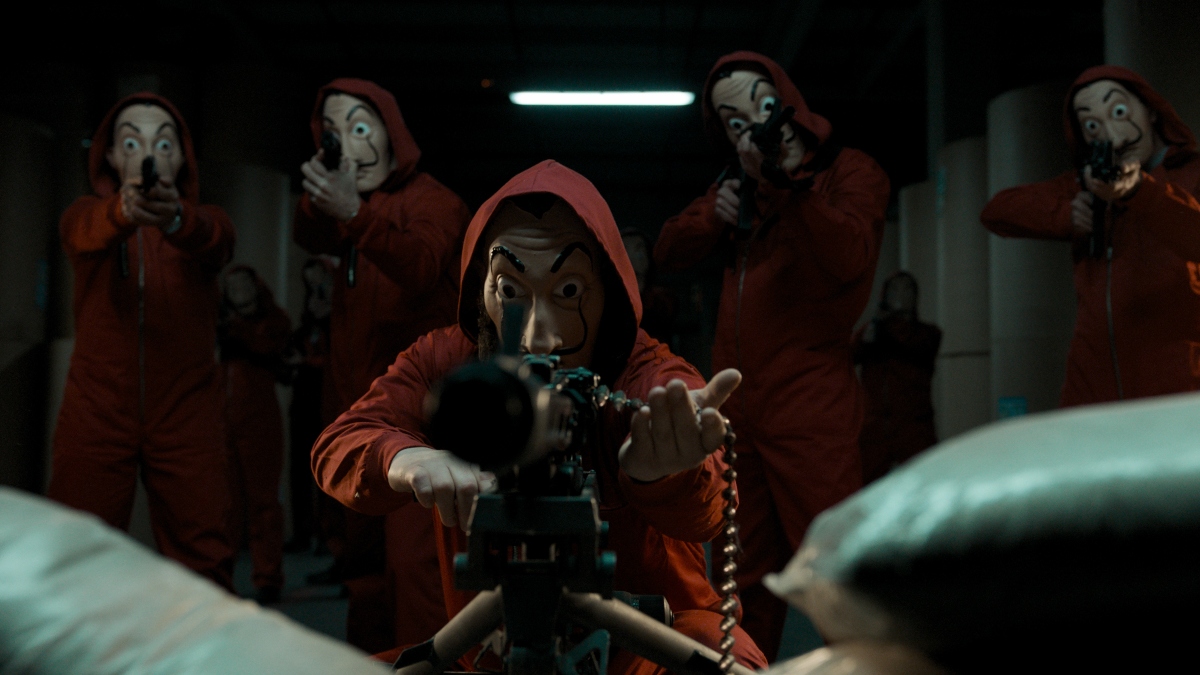 In June, Netflix unveiled an image during Geeked Week for La Casa de Papel, and it was a gentleman clad in military attire. He’s standing in front of army vehicles with a smirk on his face, seemingly gazing toward the action. While fans did not know his name or role yet, Pina and Vancouver Media (Pina’s production company) beckoned folks to guess, “Who is this guy?”

Money Heist director Koldo Serra posted the same photo on his Instagram account with the caption, “We have a new guy in the office … Although he didn’t come to make friends :).”

The actor’s name is José Manuel Seda, and this is his first season on the show. His character Sagasa leads a squad of enthusiastic, sadistic-looking special forces soldiers who have done missions all over the world.

Fans know he’s an enemy of the Resistance

Due to the military garb and facial expression, some fans have already pegged the character as another assassin. That would place him in the same category as Gandía and Tamayo, two people who are hellbent on taking down the crew. This is a war after all, and everyone is breaking out the big guns, grenades, tanks, and rocket launchers.

But could this guy be someone who helped torture Rio? Does he know inspectors Alicia Sierra and Raquel (Lisbon)? While some fans secretly hope he’s on Team Resistance with an agenda to help them out of the Bank of Spain jam, he’s giving off villain vibes. And Pina described his character as someone who is smart like the beloved Professor. That makes him scary.

Two other new characters are joining the story

In addition to Gandía’s good time gang, two other characters are entering the story. Look into the past with Rafael, Berlin’s son. He used to do heist jobs with his father and fans will get to see him in flashbacks. Played by Patrick Criado, Rafael may also pop up in present times to assist the gang. That is the hope.

As part of Tokyo’s reflective arc, viewers will also learn more about her old boyfriend who used to do crime. Miguel Ángel Silvestre stars as her past love Rene, a character who’s described as a ghost from her past. He has a lot to do with the person Tokyo is today.

The crew faces attacks from all angles with Sierra, the government, and Gandía’s band of killers, and it’s not looking good. Tune in for the first five episodes of Money Heist Season 5 when they drop on Sept. 3.