Money Heist packed in quite a few surprises in part 4, and mixed in with the expected twists and turns that are characteristic of the series, Tokyo did something unexpected.

She kind of redeemed herself. That’s right, she proved there’s hope for her yet in spite of her tantrums and impulsive behavior.

The La Casa de Papel fandom has strong views about Úrsula Corberó’s character, with many considering her to be annoying, frustrating, and as we’ve said here, the worst. It’s not because she’s a horrible character; she’s strong and pretty badass.

But Tokyo is brash and tends to mess things up in grand fashion. Not so much in season 4. This time, viewers saw the heroic side of Tokyo, the side that leads, thinks, and operates on instinct and not emotion. She came through in the clutch in several ways.

[Spoilers ahead: Do not read if you haven’t watched season 4 of Money Heist/La Casa de Papel] 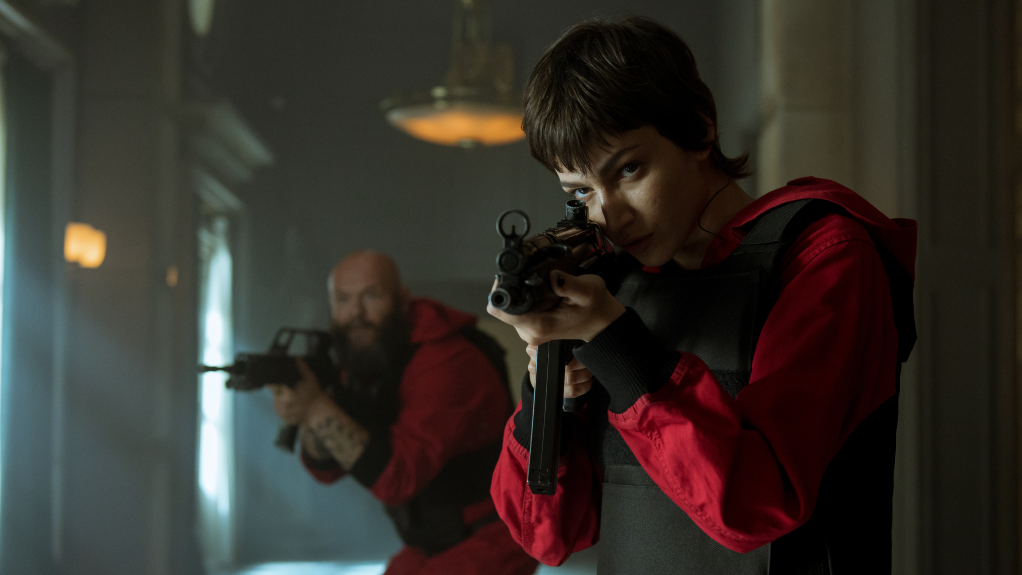 One of Tokyo’s most heroic moments came when she took the lead on Nairobi’s surgery in episode one. It was a tense situation as Professor had to patch in other members of their network to get the doctor on video. And then thanks to the evil Gandía, they lost the feed.

Fans were on edge knowing that no character is safe on this series and removing the bullet from Nairobi’s lung was a delicate procedure. Using what the Professor taught her about anatomy, the doctor’s instructions, and their tools, Tokyo removed it. Whew! Yes, Tokyo!

Nairobi survived being shot by the sniper. Sadly, all our hearts broke when Nairobi was executed by Gandía in episode six. Our hopes were brought up and then thrown down into a fiery pit.

It was the stroke of genius everyone needed to bring theProfessor back from madness. What is that? Tokyo talked through Lisbon’s executionwith Professor and she questioned him, “Did you see the body?” “You only heardit?”

She reminded him they pulled the same trick on the Spanish authorities to fool them, and he soon realized that Lisbon’s killing was possibly a ploy since all he heard was gunshots.

Yes, Tokyo! He just needed one person to kickstart his brain through the grief and she came through like a champ. Professor confirmed his lady love was still alive and commenced the next stages of his plan.

Hungry, dehydrated, and tied up, Tokyo looked the worse for wear. Everyone knows she’s tough, but Gandía found out the hard way. His injuries from the shrapnel knocked him out, and Tokyo stayed alert and observant to find a weakness.

Once she figured out that she had the power to severely maim Gandía while stitching him up, she went for it and stabbed him in the neck.

That nerve damage disabled him to the point where he wasimmobile on one side of his body. The rest of the crew arrived just in time torescue her and little did Tokyo realize that in a way, she paid him back for Nairobi.Tokyo’s instincts and smarts prevailed over impulse.

She hasn’t always been in fans’ good graces, but other characters took her place on the “worst” list in season 4. Fans are happy Tokyo got it together. It seems like part 5 of La Casa de Papel is inevitable, and hopefully we’ll get to see her shine like this again.

Lucifer season 5: Will Father Frank appear in the final series?