Money Heist season five has finally been conifrmed by Netflix following the fourth season’s action-packed finale. However, it’s not all good news for La Casa de Papel fans who’ll undoubtedly be excited to see The Professor (played by Alvaro Morte) back in action, as the series has been cancelled beyond season five.

He shared a snap of the heist group’s masks on Instagram with the caption: “It looks like we are coming to an end… #LCDP5.”

Morte isn’t the only one to address the show’s conclusion, with hundreds of fans making their thoughts on the renweal well-known. 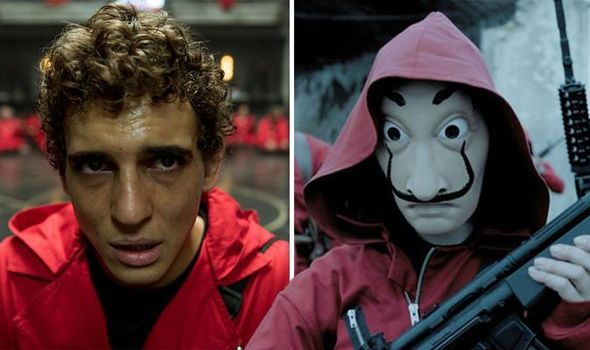 Taking to Twitter, one upset fan tweeted: “money heist being cancelled after season 5 is heartbreaking. i can’t-” (sic)

A second weighed in: “so netflix cancelled awae [Anne with an E] & now money heist. time to cancel my subscription.”

While a third added: “Has the Money Heist been canceled as well? Season 5 is the last, eh s**t.”

He told Deadline: “We’ve spent almost a year thinking about how to break up the band.

“How to put the Professor on the ropes. How to get into situations that are irreversible for many characters.

“The result is the fifth part of La Casa de Papel. The war reaches its most extreme and savage levels,”

Pina concluded: “But it is also the most epic and exciting season.”

Season five will consist of 10 final episodes to wrap up the series as well as a few newcomers being thrown into the action.