Netflix is, of course, known for its original content. It’s meant to catch your attention and be binge-worthy. Notably, they released The Circle at the very beginning of 2020, which seems like decades away at this point. The show caught so much attention for its unique premise: a reality show that separated contestants instead of having them fight and start drama head-on. The general consensus was that the show actually brought people together, though. What does the host, Michelle Buteau, have to say about it? Just that Netflix definitely knows what they’re doing. 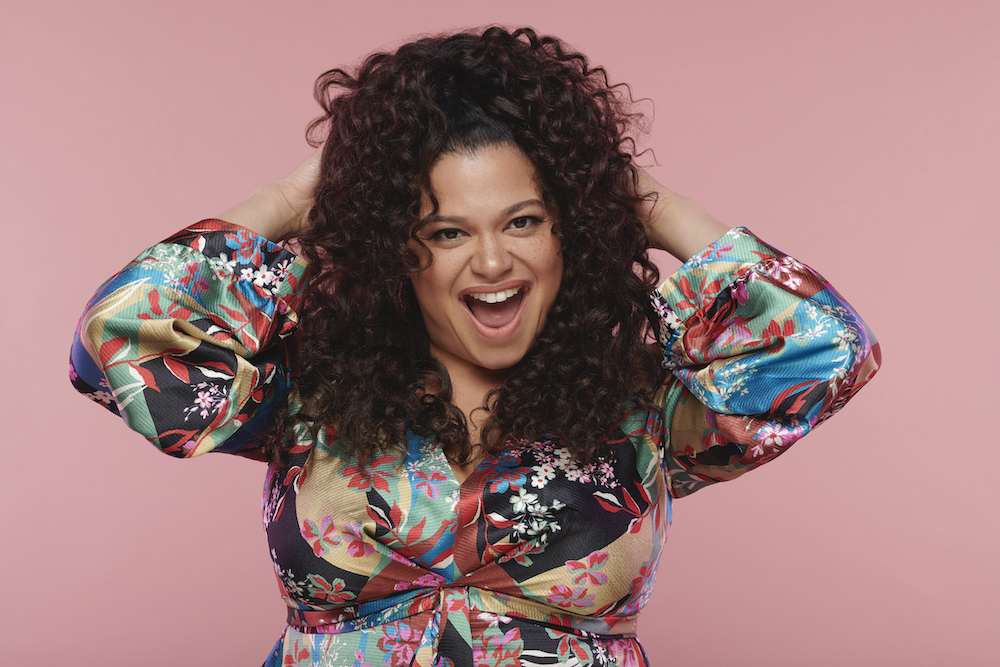 The Circle involved several millennials in their own little one-bedroom apartments, communicating via Circle. They couldn’t see or hear each other, but they chatted a lot. They participated in games, challenges, parties and more. And whoever was the most likable won in the end. There was some catfishing going on, but in the end, the last five were all who they said they were (except for Rebecca/Seaburn).

In an interview with The A.V. Club, Buteau said that Netflix and Studio Lambert knows what they’re doing. Even though they kept her “in the dark,” she knows they’re going to put on a good show.

“Studio Lambert, the production company behind it, obviously Netflix is amazing too, but Studio Lambert really has thought about how to make it special for everybody involved,” she said. She explained that after the U.K. version, a Brazilian and French versions, they’re experts. “They are really good at social experiments. Which is kind of scary, but also very entertaining.”

And for anyone clamoring for a Season 2, it’s officially happening. Again, Buteau doesn’t know anything about it. But she doesn’t know what they’re looking for in contestants.

“I just know that every time I talk to Studio Lambert and Netflix, they are really just into people who are themselves, really themselves,” she said. “It’s really funny because even though it was about social media and sort of like connecting with people without knowing them, it really is about being yourself.” Of course, catfishes were a big thing for some contestants in Season 1, but maybe their reasons why they have to be authentic. Even if they aren’t to the others.

The show did change Buteau’s view of social media

Being the host for The Circle also changed Buteau’s outlook on social media, which was a major point of the show. You can never really tell who’s genuine. And even if you thought someone was, there’s always that little question of, “Are they really, though?”

“After watching the first four episodes, I just went through my Instagram account and deleted a bunch of pictures,” Buteau said about how it impacted her social media use. “I feel like I need to be more responsible with who I’m posting, where I’m posting.”

Buteau explained that she’s not a menace or “monster” on the internet, but the show really made her pause and think about the humor she uses.

“I’m not gonna roast people or make people feel weird or bad, but I just feel like it really is important to have some sort of message every time you post something,” she shared. “Even if it’s just towards yourself. If you’re being self-deprecating for a laugh, it’s like why? Do you really want people to reach out? Are you fishing for compliments? What is it all?”

Just in time for Valentine’s Day, Netflix dropped another reality show called Love Is Blind. It was another social experiment, and instead of trying to find who was the most authentic person without seeing them, it asked the question, “Is love really blind?” Again, the contestants couldn’t see each other, but they dated other singles to see who they clicked with through personality or connection. Then, they had to get engaged and married within a month of meeting.

It’s a lot and seems highly suspect at first glance. But, it actually was a hit and two couples are still married around more than a year later. Both social experiments were hits, and are getting more seasons. It just goes to show the Netflix and the studios it works with for these reality shows have the secret formula that gets Americans’ attention.

Emmerdale spoilers: Belle Dingle furious as Jamie Tate has her fired from the vets after ending their affair

Are Kim Kardashian and Kanye West Built to Last? Fans Weigh In