The Wheel will soon be brightening up your weekends as the new game show will begin on BBC One this Saturday, November 28, at 8.30pm. Bringing the comedy element to the series is Michael McIntyre as presenter and man in charge of the wheel. Here’s everything you need to know about the rules of The Wheel.

How does Michael McIntyre’s game show The Wheel work?

As the name of the new 10-part series suggests, there is a physical wheel involved which is 42ft wide, with seven celebrities sat upon it.

But before we can get to the celebrities, there is a smaller wheel with contestants which must be spun.

“And the contestant wheel is spun and whoever lands in the middle…is selected and they rise up.

“And the idea is for them to stay on the wheel, keep answering the questions until the end where they can win big money.

“But every time they get a question wrong, they slip back onto the contestant wheel which is spun again.” 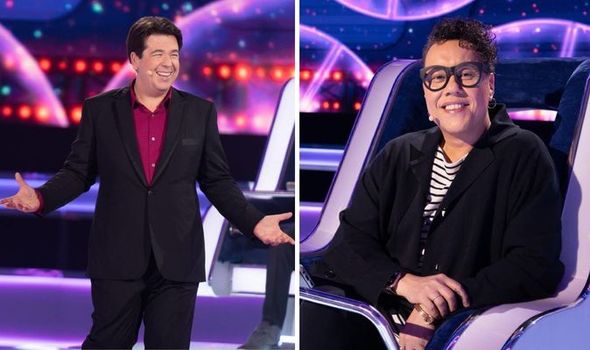 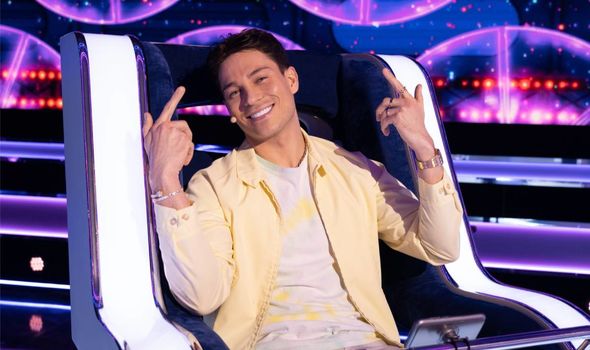 When the contestant is picked, they join Michael and the celebrities in the middle of the main wheel where their game will begin.

Each celebrity sat on the wheel brings a different category of expertise to the game.

The contestant will select which category they want to take on and will answer it with the help of the celebrity.

However, they don’t get to decide which celebrity helps them as it is up to the wheel which spins the famous faces until it comes to a stop.

Whichever celebrity it lands on is the person who must help the contestant with the question, whether they’re the expert on that topic or not. 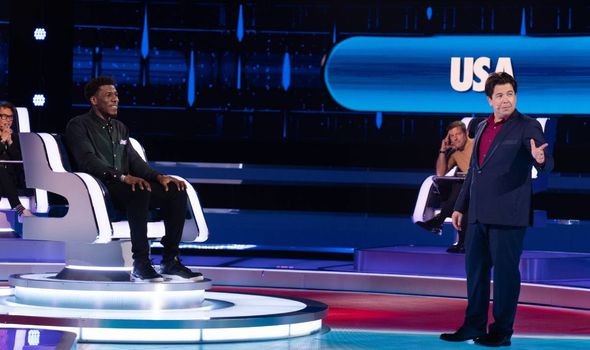 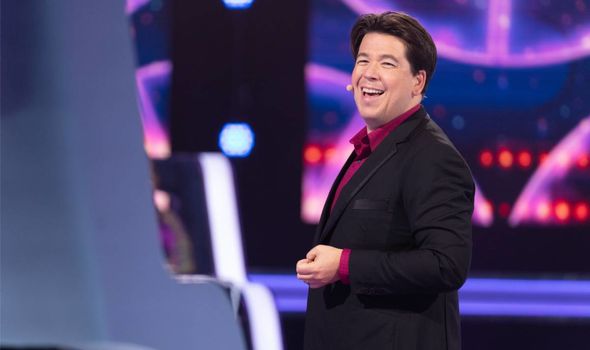 McIntyre said: “So we had Carol Vorderman on numbers, Professor Green on rap music, Chris Kamara on football, Gemma Collins on Essex…

“The game play is that the contestant has to pick a category, for example, television, we had Richard Madeley representing television.

“The contestant then has to pick another person from the wheel which they feel don’t watch television.

“If it lands on that person which is shut down in red, then you’re immediately off the wheel.

“Then we spin all the experts quite fast and then hopefully you land on gold, you don’t want to land on red.

Contestants must keep on answering questions correctly to build the prize pot but as soon as they get a question wrong, they are lowered down and the contestant wheel is spun again.

When all seven categories are completed, whoever is the contestant in control of the wheel at the end has to answer one last question in order for them to take home the prize money.

But will they be able to answer the last question or will they go home with nothing?

Acting Controller of BBC One Kate Phillips added: “A few months ago when Michael McIntyre and Dan Baldwin brought us this show, we loved it straight away but little did we know then that actually it would be the perfect series to make in socially distant times.

“Because that’s exactly what it is, the set allows that.

“It is a combination of fantastic guests, great questions to play along with people at home, an amazing bit of kit at its heart and of course a very, very funny host.”