AS YOU might have seen – and if you haven’t, you really, really should – Mel Giedroyc and Sue Perkins have been putting viewers in their comedy crosshairs again as unlikely contract killers in the second series of their Sky Original sitcom Hitmen.

Bringing their goofball charm and best mate vibes to the fine art of execution, the duo are giving it both barrels in Hitmen: Reloaded. 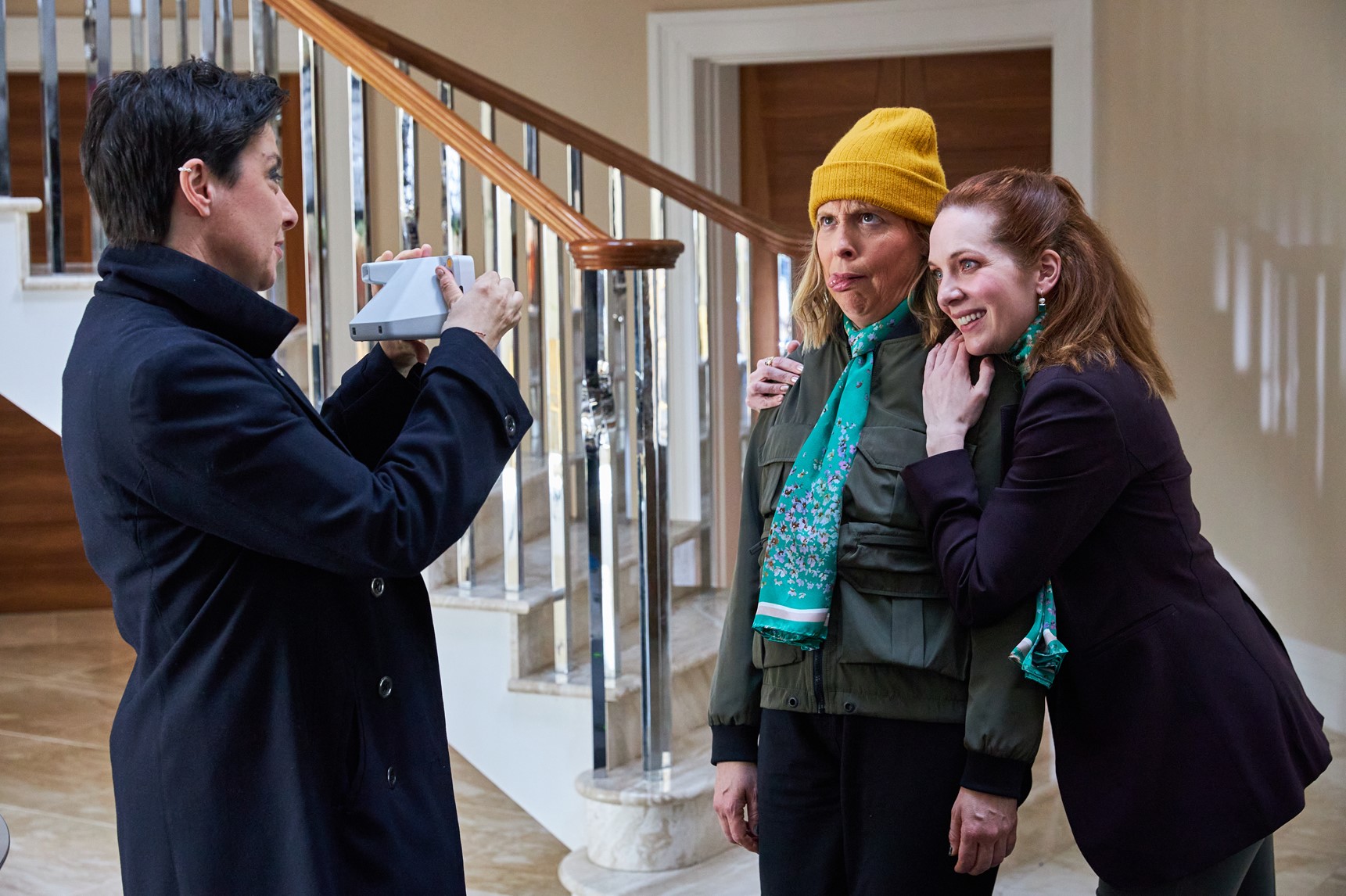 It sees them doing much better than expected as guns for hire with a showroom-fresh Mercedes van, a long list of marks supplied by a new client and plans to go international.

Not only are they getting plenty of target practice, their relationship is put to another kind of test.

They meet Kat, played by Katherine Parkinson, at an Eighties-themed school reunion disco. Kat, once the rather mousy sort that Jamie (Mel) and Fran (Sue) have trouble remembering, has transformed herself into a lifestyle guru, and has a whopping great mansion to go with it.

Trouble is, she has a love/hate thing for the girls (loving Jamie, hating Fran), and offers to put up the newly homeless Jamie in her country pile with the intention of spoiling her to the point she either dumps or simply forgets about Fran.

Jamie is cheerfully oblivious to this plan, but Fran knows something weird is going on. 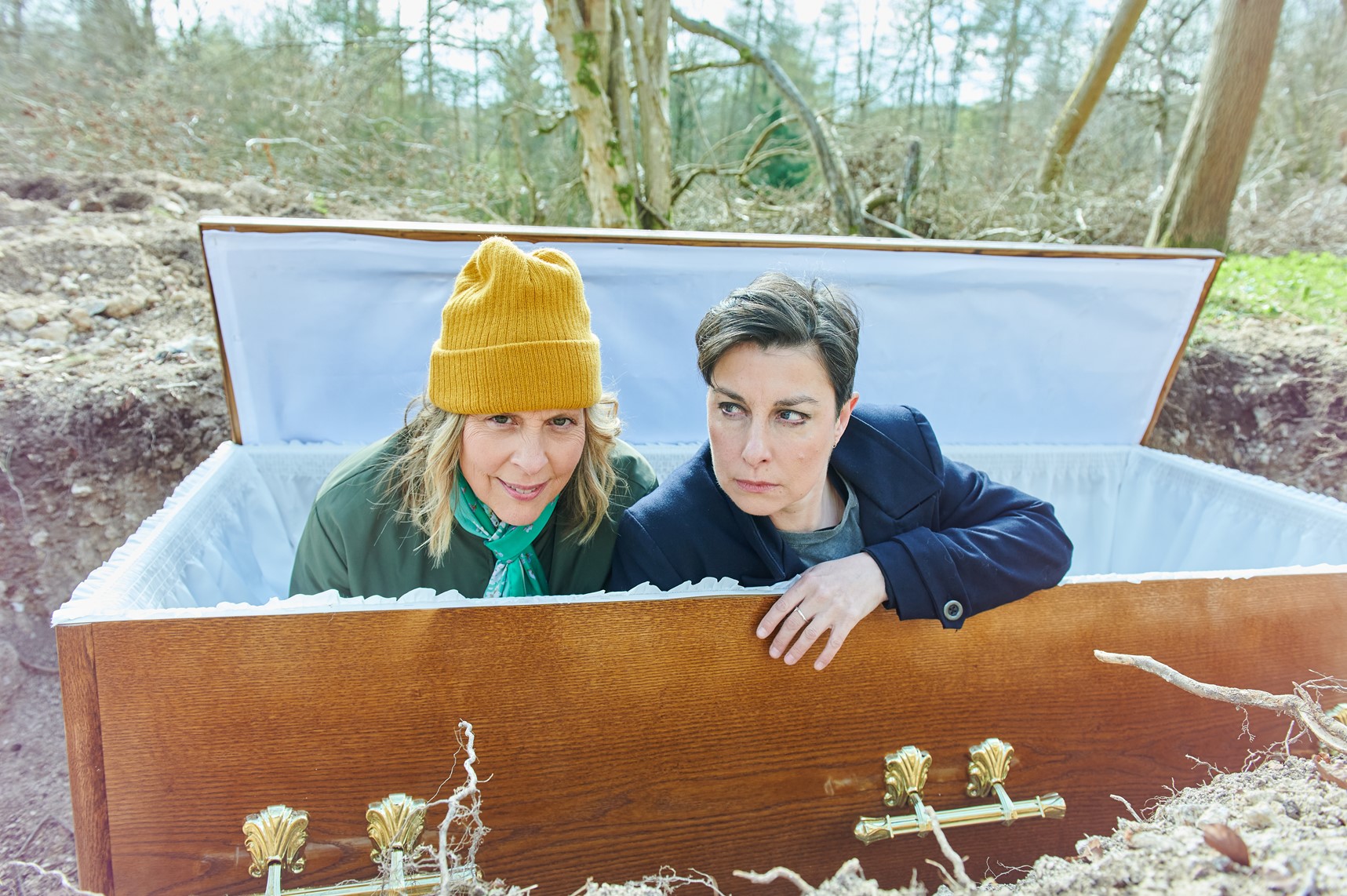 Whether they’re taking out an arms dealer in a tense, Rear Window-esque episode, persuading a method actor that his slaughter of a roomful of mobsters was just a scene in a movie or getting chloroformed by a funeral director, Mel and Sue get maximum comic mileage out of the material.

And Mel and Sue wear their on-screen personas so lightly and have such natural timing that it’s easy to believe they had a hand in the script.

The brilliance of the six-part Sky Comedy series is its ability to mix light and dark elements with a casual ease.

It’s really delivered on the promise of the first season, and the choreography of its action sequences is truly impressive – I was left wondering if its stars are still paying for some of the physical feats they were asked to perform.

“We had to bog-wash one of our guest artistes,” chips in Mel.

“We started the first week doing heavy stunts which at my age is a bit of an ask, I won’t lie,” says Sue. “In my head, I’m Carrie-Anne Moss in The Matrix. In reality, I’m Bella Emberg as Blunder Woman.” 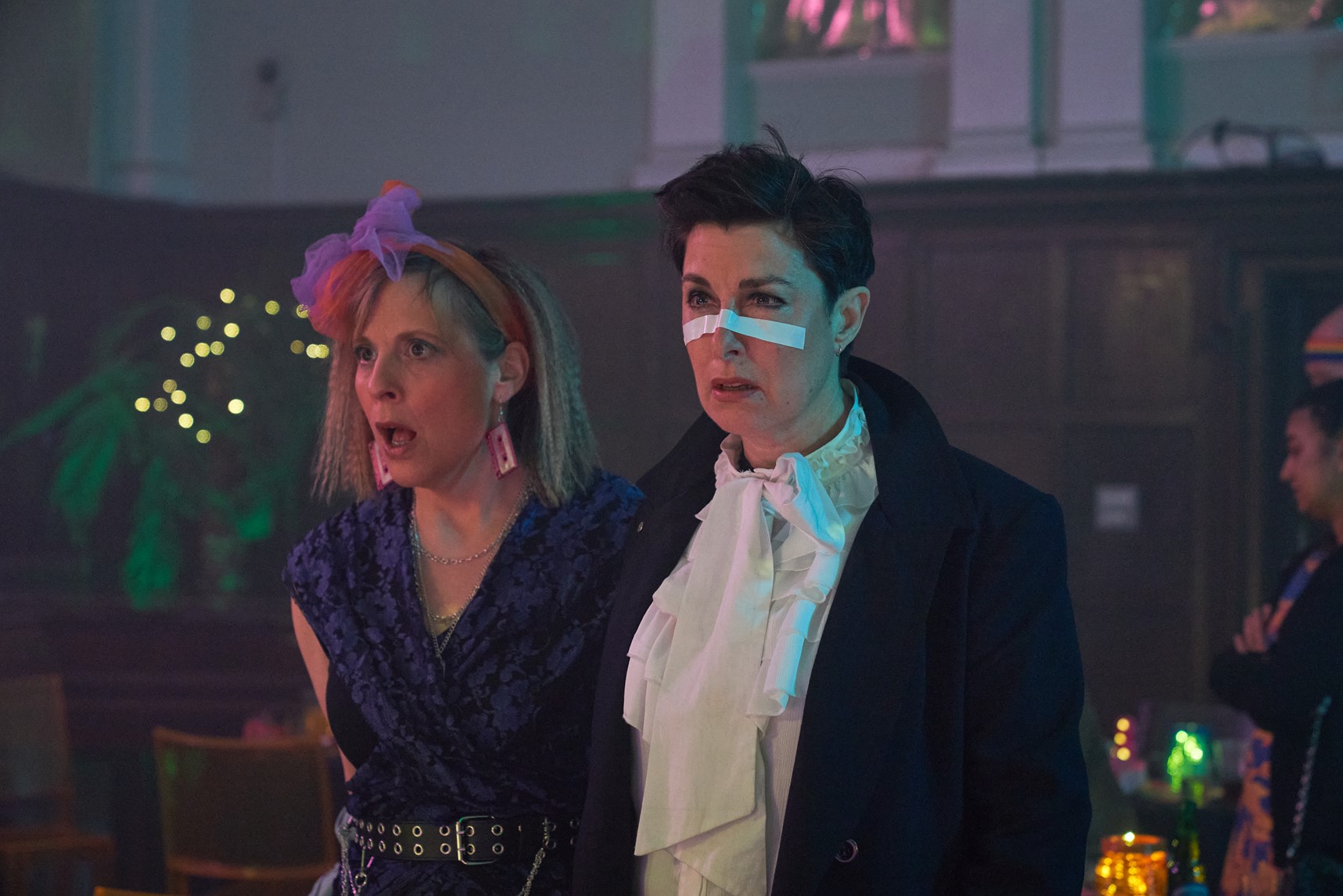