Home » TV » 'Married at First Sight': Meka Jones and Michael Watson Fight it Out Over Sex

MekaJones and Michael Watson were matched on Lifetime’sMarried at First Sight because, as the experts explained, both were ambitiousgo-getters who wanted to settle down for a lifetime commitment. However, viewersworried that the fact that both Mekaand Michael didn’t have many role models for solid marriages in theirfamilies would get in their way.

On the Jan. 29 episode of Married at First Sight Season 10, “Trouble in Paradise,” the new couple seemed to share those fears themselves. After an argument over sex and Michael’s off-camera behavior, the bride and groom spent most of their honeymoon in Panama sleeping in separate bedrooms. 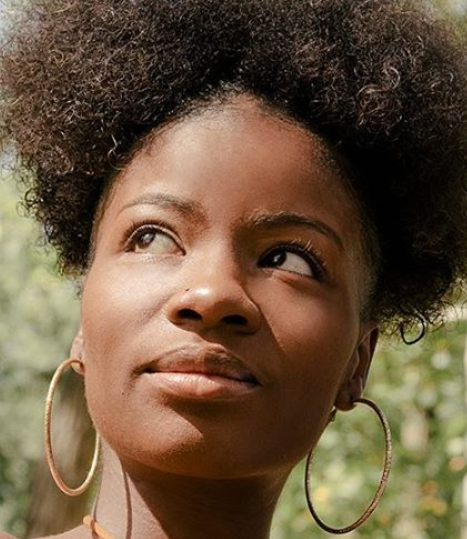 25-year-old Meka claimed that 31-year-old Michael showed adifferent side of himself when the Married at First Sight cameras weren’trolling. In fact, she shockingly accused him of giving her an ultimatum about sexon their honeymoon.

During an argument, Meka said to her new husband, ““When we’reon camera there’s this Michael that’s, like, put together and well thought-outand Mr. Perfect. Off-camera, you’re like, a completely different person. To tellme that I have to have sex with you within a certain timeframe or you’re notgoing to be feeling the marriage?”

Michael claimed Meka’s statement was an exaggeration andthat the “ultimatum” had only been a miscommunication, but his wife held fast. “Thisis not going to work if you can’t be honest,” she shot back.

“There was never a time limit,” Michael insisted, but Mekawasn’t having it.

“The time limit was the honeymoon,” she declared.

The argument got so bad that Michael got his own room whileMeka stayed in the couple’s honeymoon suite alone.

By day three of the honeymoon, the Married at First Sightstars admitted they already felt heartbroken. Waking up alone, Meka toldLifetime producers, “I did not do this process to sleep alone or to fight withmy husband. I feel sad. It makes me feel like a failure.”

She added sadly, “It dawned on me that this marriage might really end in a divorce. And I risked everything for this marriage.”

The ‘Married at First Sight’ couple stayed in separated rooms

Michael, for his part, didn’t feel he had done anything to break Meka’s trust. “This is fast and furious, and it’s happening all at once,” he told Married at First Sight producers about the pressure of the brand-new marriage.

He added that he knew he was blunt and straightforward, but he felt that Meka wasn’t really hearing what he had to say. “My wife doesn’t feel like she can trust me,” he said. “And for me, the hard part has been being genuinely honest and express how I feel…I feel unheard, and it makes me feel uncomfortable.”

At a poolside talk with the other Marriedat First Sight couples, all ofwhom were also on honeymoons in Panama, later in the day, Michael seemed toconfirm Meka’s fears that he wasn’t going to be open about their issues oncamera.

When the other grooms asked Michael about sex, he claimed hedidn’t put any pressure on his wife. “Everything else needs to be right beforeI even bridge that gap for myself, personally,” he said. “I’m in no rush.”

But Meka told the other new brides that there was noquestion about what Michael had demanded. “So basically, he told my family andfriends, like looked them all in the eye and told them, ‘I am patient with sex,’”she explained. “‘Sex is not my mind…I’m gonna let her take the lead.’ And thenhe literally says to me, ‘If we don’t have sex on our honeymoon, then I’m notgonna want to be in this marriage.’”

The other Married at First Sight women said that was absolutely “not okay” and that they worried about how much Meka could really trust Michael.

They finally agreed to try to move forward with their marriage

After both Michael and Meka talked to Pastor Cal Robertson,they met up to talk about their future together. While Meka wanted to follow PastorCal’s advice and “start out as friends,” Michael worried that theirrelationship would remain platonic if they did so.

“In my head, sex isn’t the only thing that separates afriend from a married couple,” Meka disagreed.

The Marriedat First Sight star explainedthat trust had to be in place before she could go to the next level with hernew husband. “Me feeling like you’re being genuine and honest at all times.Trusting you,” Meka shared, in terms of what would help her feel more comfortable.“And seeing that you haven’t worn your ring in some time, like, that makes mefeel some type of way.”

Michael explained that he didn’t wear hisring because he felt like he’d “failed” as a husband so far. However, he promisedthat he’d put it back on after they worked on their relationship. “I will wearmy ring again,” he told Meka. “I can’t give you a timeline, but I know in myheart it’s going to happen…I want to live up to those vows that I wrote foryou.”

While Meka and Michael ended the conversation somewhat awkwardly,and very unsureof their future, they agreed to continue to get to know each other and tryto stay open to the relationship.