Anticipation levels for the series premiere of Marriage had been sky high heading into Sunday’s debut on BBC One. Following the story of Ian (played by Sean Bean) and Emma (Nicola Walker), the drama explores how one husband and wife’s long-lasting marriage faces the strain of differing life paths. However, just minutes into the opener, it seemed fans all had one similar complaint about the episode.

The first episode opened with Emma and Ian bickering in an airport as they prepared to fly back from their holiday.

After Emma arrived at a table armed with a plate of chips, Ian made it clear he’d asked for a jacket potato.

What was a seemingly minor hiccup to their dinner plans, Ian’s desire for a jacket potato ended up in a full-blooded and explicit-ridden argument once they boarded the plane.

However, before the plane took off and the titles rolled, Ian and Emma held hands over the aisle, setting the tone for their relationship. 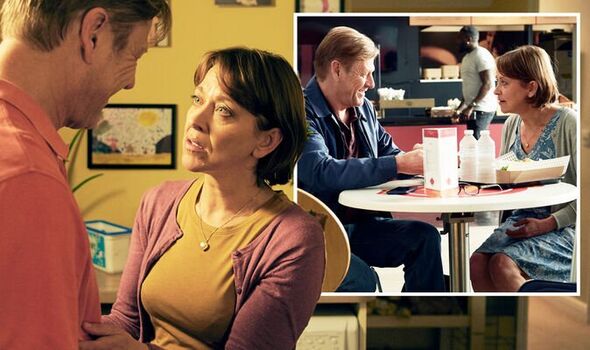 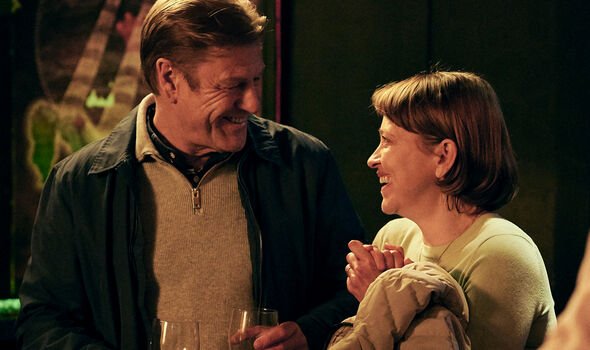 While the opening scene set the stage for Ian and Emma’s turbulent albeit monotonous marriage perfectly, fans weren’t impressed.

However, it wasn’t down to the former Unforgotten and Game of Thrones stars’ performance, but rather the sound quality of the episode.

Taking to social media, a number of fans branded the series “inaudible” and admitted they were having trouble following the plot due to the sound quality.

Julie Whitehouse said on Twitter: “Straight away I’m having to put subtitles on, why do so many dramas have poor sound or mumbling actors? Maybe it’s just me #marriage.” 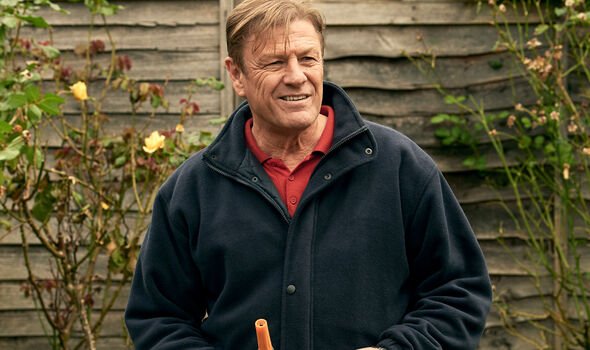 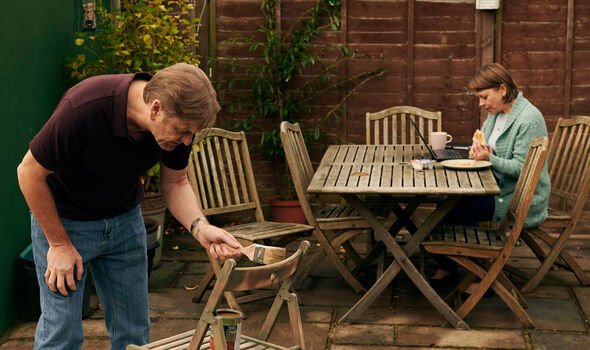 And @SandJRobinson agreed: “Watching #marriage on BBC1 & although we’ve turned our TV right up, we still can’t hear a bloody word they’re saying other channels are fine.”

Elsewhere, Simon Parry quipped: “Can Sean Bean speak up a bit. TV volume is at 65 and i can’t hear a thing #Marriage.”

While Penny Irvine queried: “Anyone else had to put subtitles on #marriage.”

And @goldenground echoed: “#marriage #bbc sound? Is anyone else struggling to hear their dialogue? Great cast, poor sound.”

Paul Rossington also weighed in: “Sound quality dreadful; BBC sort it!! Why do you always do this? #marriage.” (sic)

As the episode unravelled, fans got to see more how Ian’s recent redundancy combined with Emma’s thriving career left them struggling to get on the same page.

And judging by the synopsis for the second episode of the series, their marriage will continue to face test after test.

The plot for episode two reads: “Emma is excited to find she has the opportunity to go to a work conference, where she might get contacts for her business idea.

“She’s nervous of telling Ian, whose job search is going badly, but he ends up hearing it from her boss instead.

“Emma’s father (James Bolam) interrupts their anniversary plans, and Jessica starts looking for a way out of her relationship with Adam after an argument.”

Marriage contuse Monday, August 15 on BBC One at 9pm.

So, Is There A Second Season Of ‘WandaVision’? Marvel Boss Kevin Feige Responds At PaleyFest