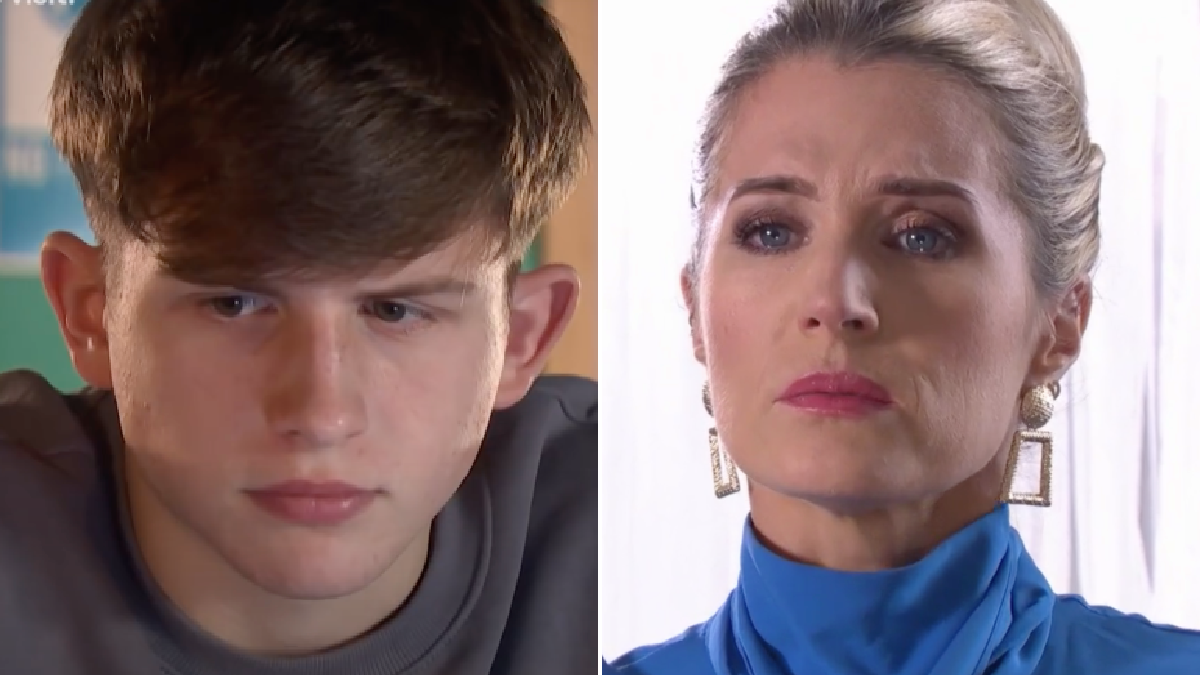 With Charlie’s insistence on pleading guilty weighing on her mind, Nancy Osborne (Jessica Fox) decided to get to the bottom of what it is that the young lad is keeping from her.

Therefore, she decided to question Ella about what really happened on the night of Jordan’s murder.

Mandy was horrified to learn of Nancy’s desire to speak to Ella, and thus she forbid her from doing so.

However, Nancy saw an opportunity to speak to the young girl while Mandy and Darren (Ashley Taylor Dawson) headed to the bank.

Ella seemingly enjoyed speaking to Nancy, and was just about to open up when Mandy realised what was going on, and she managed to intercept the conversation before Ella spilled the beans.

Mandy berated Nancy for questioning her daughter behind her back, but Nancy argued that she needs to know the truth about Jordan’s murder, because word of Charlie’s involvement in the crime hasn’t become public knowledge just yet.

This means that he could still have a normal life if she manages to free him from prison.

Mandy was left terrified at the prospect of Nancy’s investigation leading to the truth, and therefore she took drastic and cruel action.

She found a news article online, which reported that a 14-year-old child had been arrested in relation to the murder, and proceeded to expose Charlie’s identity in the comment section.

The reality of what she did dawned on her, as people started reacting to the anonymous comment.

Will Mandy regret her actions?

Poor Charlie’s life will now be very different, as everyone will believe that he’s committed murder — in spite of the fact that he’s innocent.