Thursday’s instalment of hit E4 show Married at First Sight saw Harry Potter-lover Jess hoping to marry the perfect man. It seemed to start well, with both couples immediately connecting over the popular franchise. However, Pjay had his doubts about telling his new wife he was a stripper, and his concerns were realised when Jess began to cry and asked to leave after he revealed his secret. Fans of the show accused Jess of “overreacting” though, with some saying she should “grow up”.

Pjay and Jess seemed to hit it off quickly, and Jess’ opinionated mother even took a liking to Pjay.

However, once the ceremony was over, the two were enjoying a private conversation when the groom decided to drop the bombshell.

Speaking only to the camera, he stated: “Me telling Jess I had a son… the reaction I got from her was perfect.

“My only concern right now is explaining I’m a stripper.”

“What is it you do for a job?” Pjay asked Jess later, broaching the subject subtly.

“I’m a dental hygenist,” Jess smiled, having talked before about how much she loved her job. 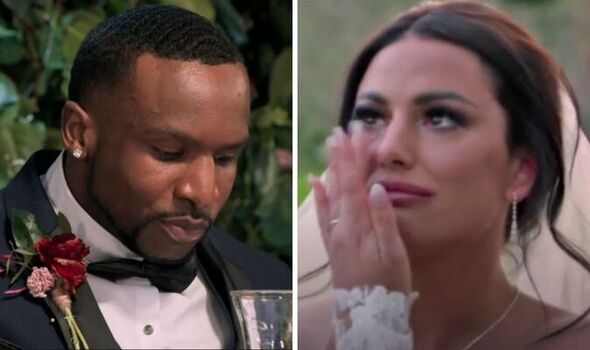 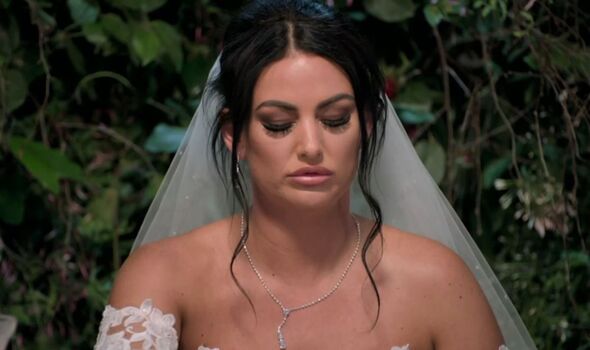 “Are you?” Her new husband asked, seeming surprised as Jess replied: “Yeah. What about you, what do you do?”

Taking a deep breath, Pjay began: “Okay… So I’m going to tell you, but you can’t judge.”

“So, what I do… I am a performer… slash dancer… slash stripper,” Pjay explained.

“No, you’re not!” Jess laughed in disbelief, to which Pjay insisted he was. 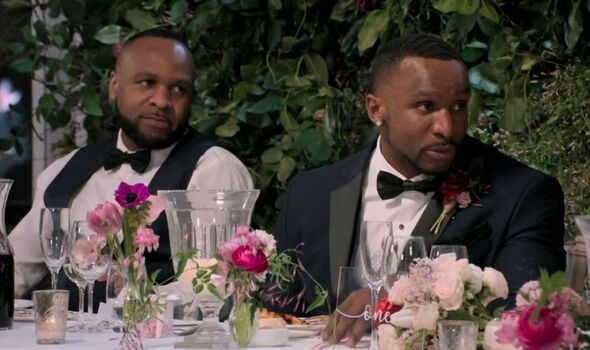 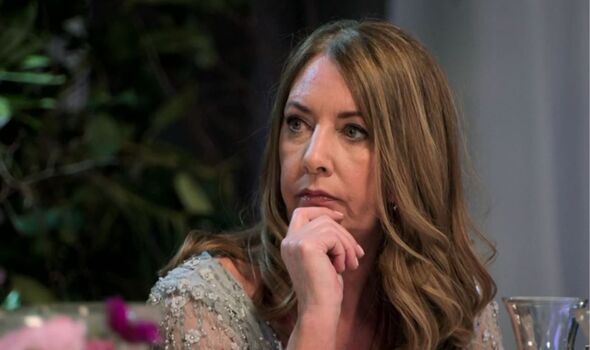 Jess swore and asked: “Are you actually? I don’t know what to say about that…”

After a pause, Pjay continued: “I’m more of a dancer,” but he failed to convince Jess, who responded: “Right.”

“But if you had to title it, it’s a stripper,” he admitted. Jess seemed to be holding back tears as she nodded.

Speaking to the cameras later, an emotional Jess stated: “I don’t want to go out with a stripper, no offence.

“I get it’s his job and everything but that’s just not what I’m about.

“I just feel like… how are you going to look after me? I literally feel like I’m going to cry.”

Bursting into tears, she confessed: “I just want to go home.”

Fans of the show quickly jumped to Pjay’s defence, particularly when Jess decided after some time to go back to the reception and her mother furiously told Pjay off.

@slackjawsally penned: “Who the f*** cares if he’s a stripper? Honestly grow up #MAFS #MAFSUK.”

@vamplacey shared: “Yo!! Jess’ mom needs to calm the f*** down cause if PJay’s mom heard what she said then f*** me they’d be a funeral instead of a wedding reception!!!

“Don’t be disrespecting him and raising your voice when he’s been nothing but polite and respectful towards you #MAFSUK #mafs.”

@MissDonnaCooke commented: “Double standard… Jess’ mum goes to Dreamboys and rubs oil on the guys working there. “Loses her mind when her daughter marries one of them. #MAFSUK #MarriedAtFirstSight #MAFS.” (sic)

Married at First Sight continues Monday to Thursday at 9pm on E4.

How to Watch 'A Parks and Recreation Special'

'The Young and the Restless' Speculation: Abby's Grief Leads to Pill Addiction