LOVE Island's Amber Gill looked glum as she was spotted for the first time since being dumped by Greg O'Shea.

The 22-year-old beauty surrounded herself with friends as she came to terms with the break-up, but looked miserable when caught on camera. 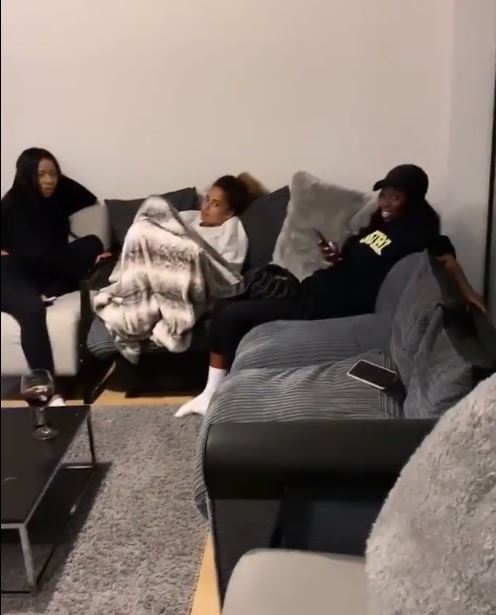 The star's Love Island bestie, Anna Vakili, Anna's sister Mandi, fellow islander Yewande Biala, and other pals all got together to enjoy a feast of nachos and fajitas at Anna's house.

But while the other girls appeared to be having the time of their lives, make-up free Amber was seen with her hair tied back, snuggled in an oversized jumper and a blanket on the sofa.

Mandi caught the 2019 champ on her Instagram Story, and while Yewande beamed as the camera panned in their direction, Amber remained stony-faced.

Earlier in the evening, Mandi and Anna declared that they were "fuming" after their pal split from Irish hunk Greg after just five weeks of dating. 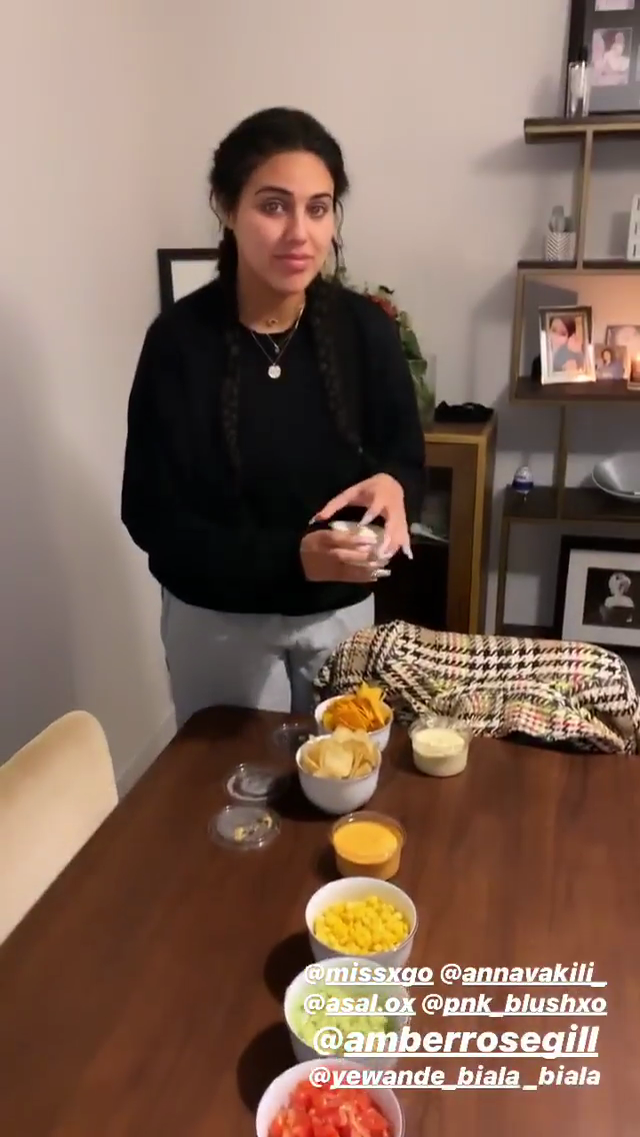 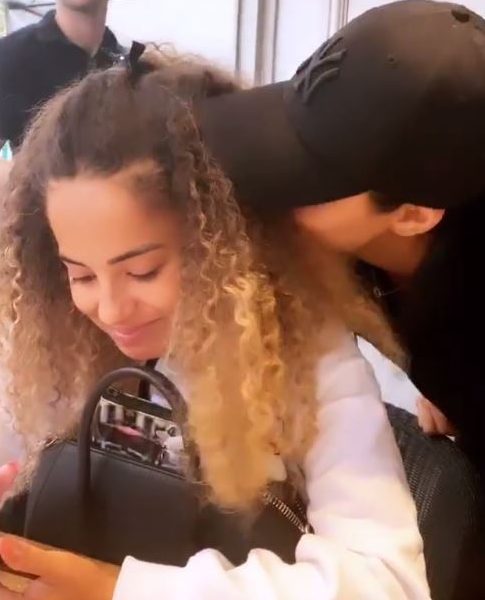 Filming Amber, who was on her phone, Anna ran over to give her a hug, murmuring: "Aw, my little baby."

While the Newcastle lass appeared to be struggling with her heartache last night, Greg appeared chipper as he gave a thumbs-up before getting a late-night taxi home with Maura Higgins.

The 24-year-old sportsman reunited with fellow Irish islander Maura as they appeared on RTE One's Late Late Show in Dublin together. 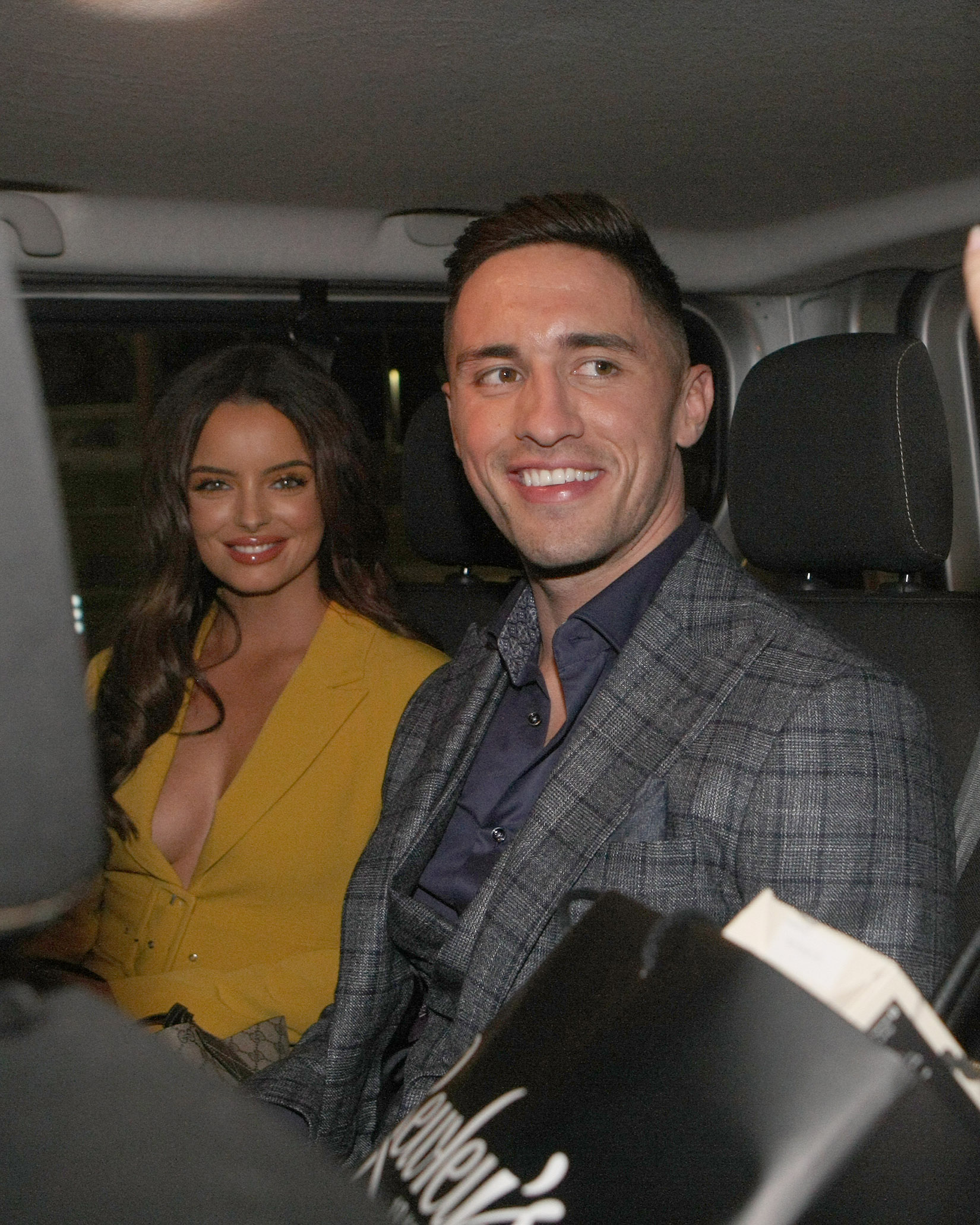 The two then headed to No 37 Dawson Street with some pals – including Maura's partner Curtis Pritchard – where they left in a taxi together.

Greg seemed unfazed by his recent split, giving a thumbs up as he left the club in the early hours.

The reality star looked dapper in a grey, checked three-piece suit over a dark blue shirt. 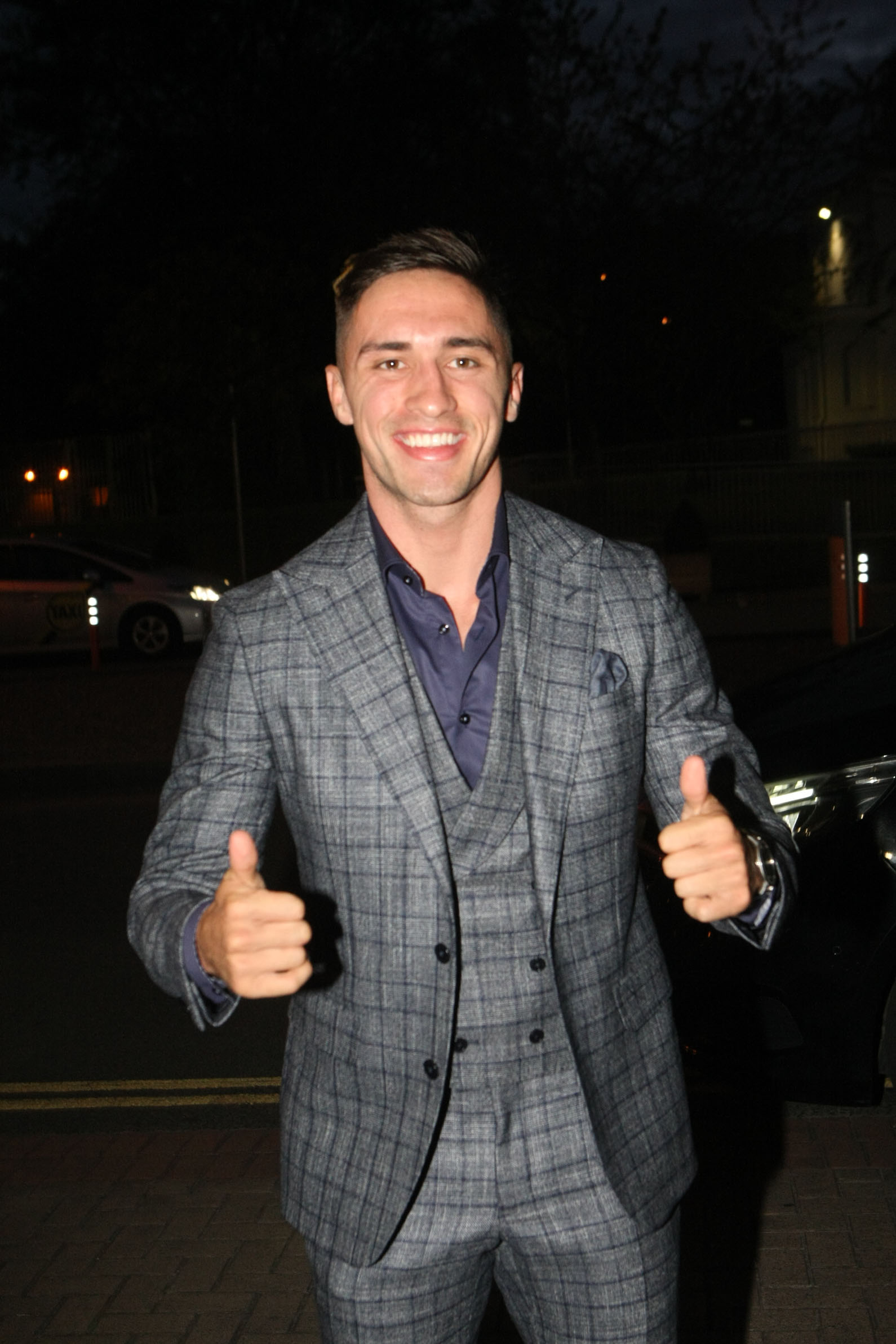 On the programme, Greg insisted that he had no regrets about his romance with Amber as he heaped praised on the TV favourite.

He explained: "We're mad about each other, what's not to be mad about? She's gorgeous, smart funny, she's the Queen of Love Island for a reason but you need to be realistic about the situation.

"She lives in the UK, every brand wants to work with her, every event wants her there, of course she deserves all of it and I decided to come back to Ireland and do my thing here. 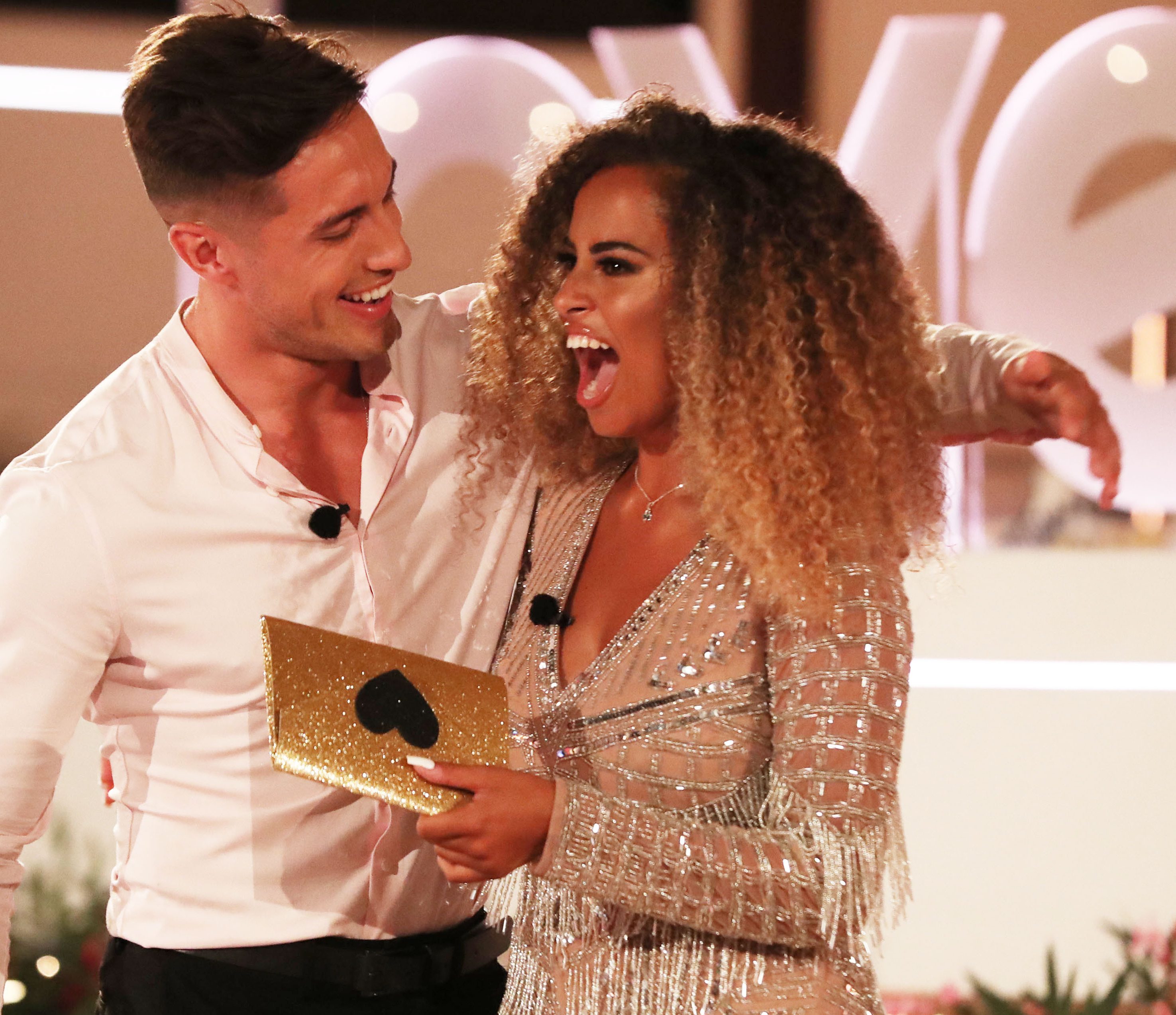 "I'm trying to get to the Olympics with the sevens team, I've got my law exams coming up so we're both so jam-packed busy and you need to take these opportunities by the scruff of the neck.

"So we're kind of just being realistic about the situation and protecting our careers and that's where we are at the moment."

Greg had been booked to appear on the show with his ex.

Amber was due to travel over to Ireland in order to make the appearance with him, but instead spent the evening with her pals. 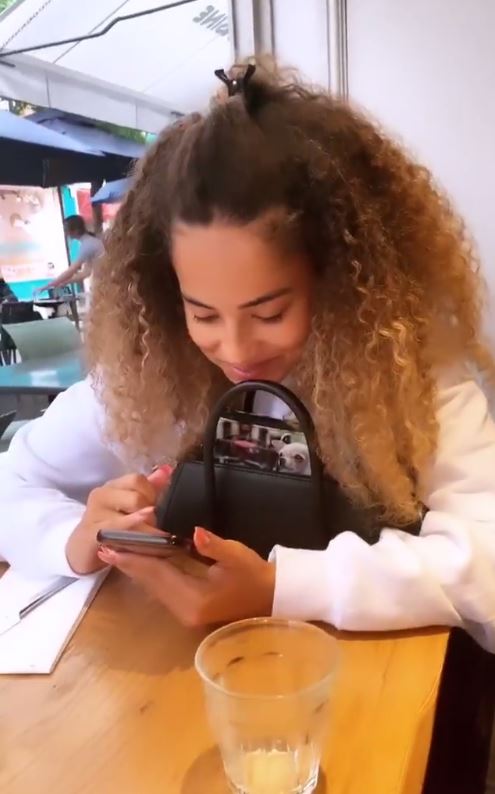 Yesterday, The Sun Online exclusively revealed yesterday that Amber had been left devastated when Greg ended their romance over the phone.

An insider told us: "Amber is devastated, she thought he was a lovely guy, but he's made his feelings clear over text, which isn't very sensitive. 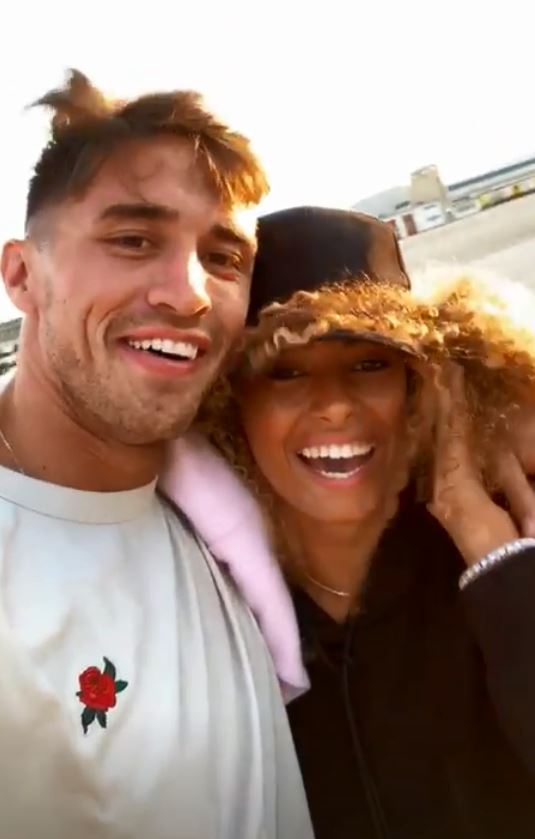 Fans had previously shared their fear that Amber and Greg had split up after noticing they'd spent weeks apart on social media.

They won the public over on the show after being together for only 12 days, but they never made their relationship official in the outside world.

‘The Croods: A New Age’: A Timely Animated Thanksgiving Comedy