LOVE Island's Anton Danyluk has been defended by his family after furious viewers slammed him for choosing Lucie over Yewande at tonight's recoupling.

The 24-year-old Scottish hunk isn't currently in a romantic couple in the villa, but still had the hard task of deciding who to pair up with between friends Lucie, 21, and Yewande, 23. 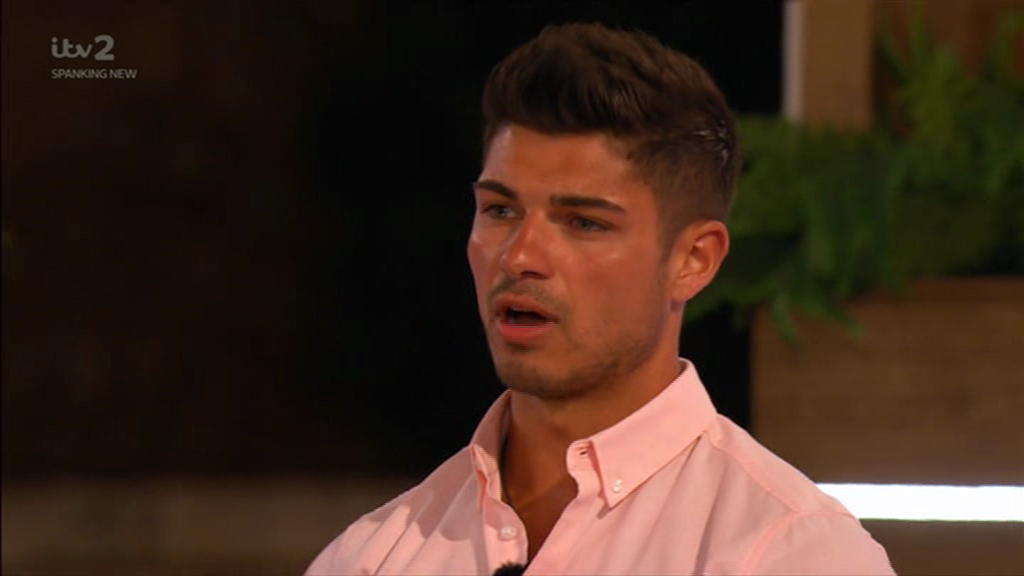 His decision was hindered by the fact Danny Williams was in a love triangle with Yewande and new girl Arabella, 28, and he didn't know who the 21-year-old model was going to pick when he had to go before him in the recoupling.

Anton decided to save Lucie, despite the fact she had previously been coupled up with Joe before he was booted out last week, after they had a conversation in the garden where the surfer admitted she would be open to meeting someone new in the villa.

Many angry viewers felt Anton should have sent Lucie home to Joe, and let Yewande have another go at finding her own Mr. Right.

Taking to Twitter, one wrote: "Am I the only one who's less annoyed with Danny for picking Arabella (like he has more feelings for her it's not a crime) but more annoyed at Anton for picking Lucie? 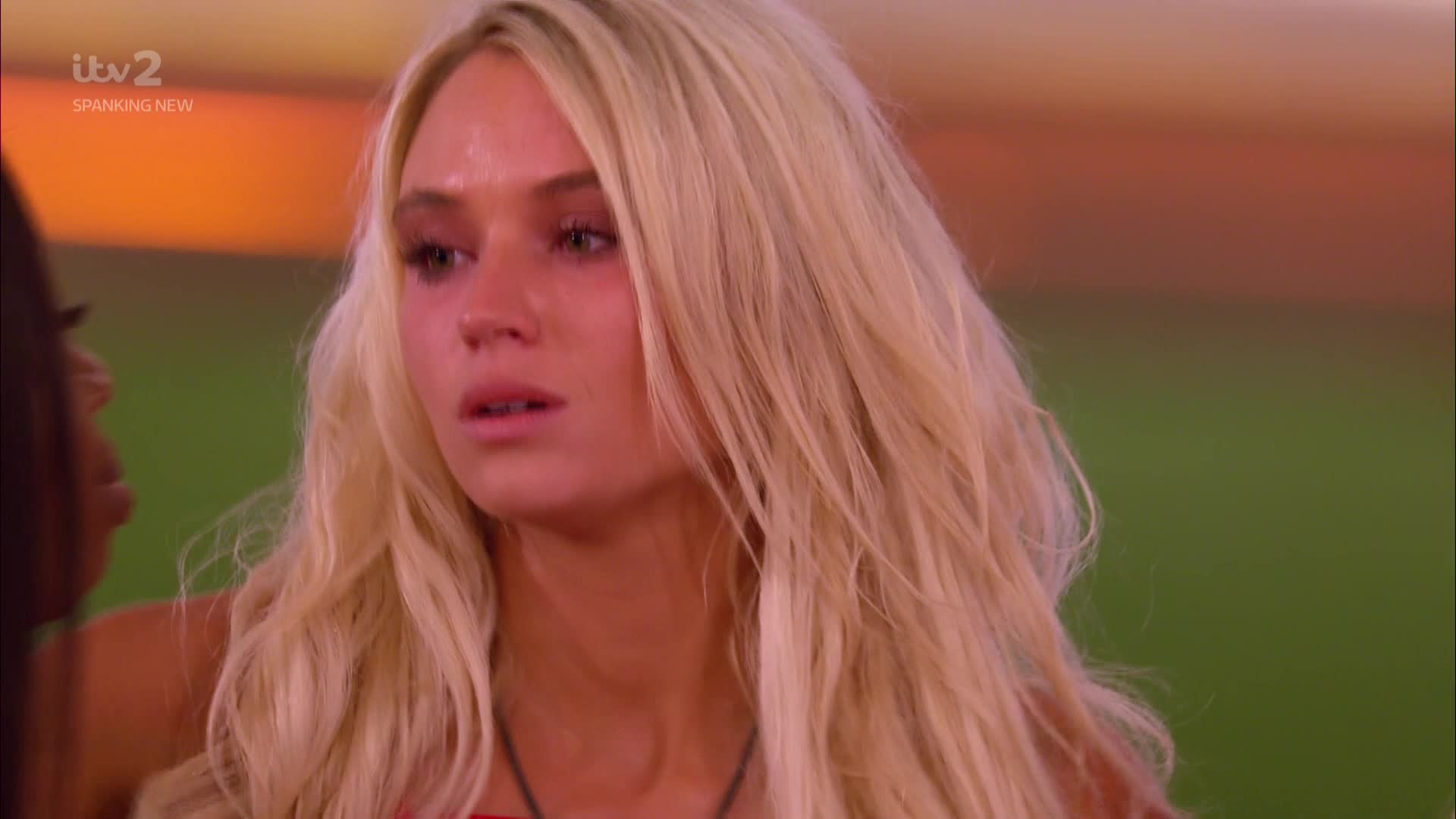 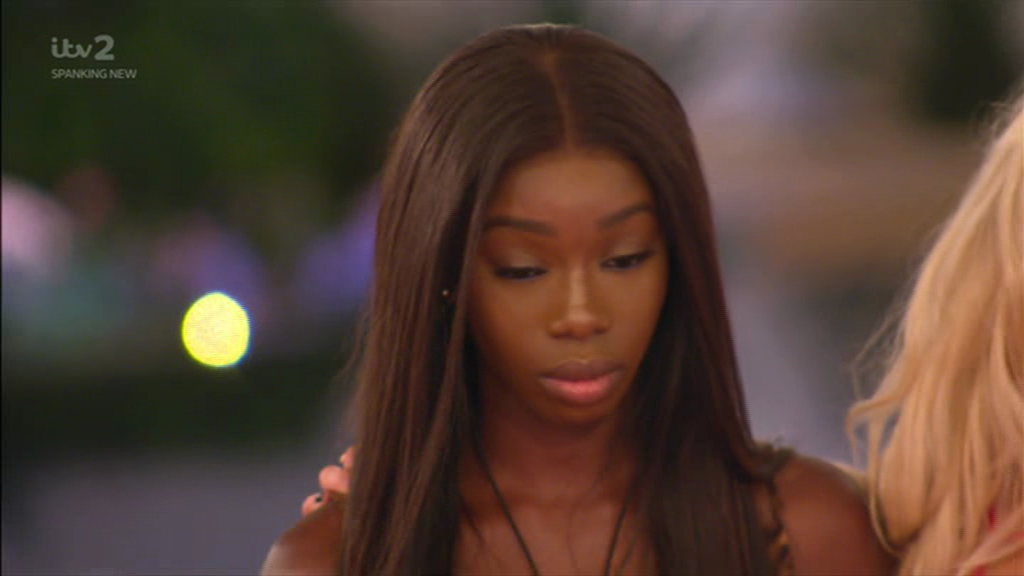 "Like she could leave and be with Joe, Yewande deserved to stay and find her real man."

Another added: "WHY did Anton pick Lucie tho, she has Joe. Anton could've picked Yewande I'm just as mad at him as I am at Danny!!!!! ffs."

A third agreed, writing: "Anton is also a wasteman! Can't believe he saved Lucie over Yewande." 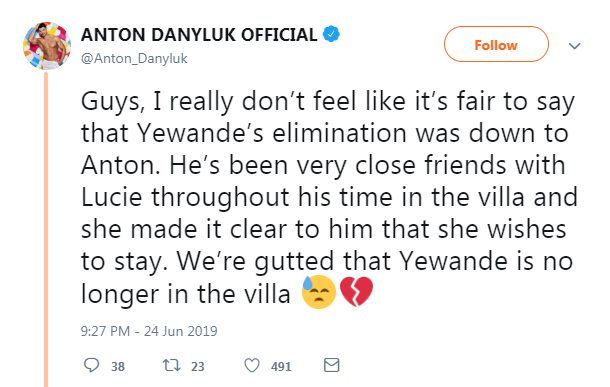 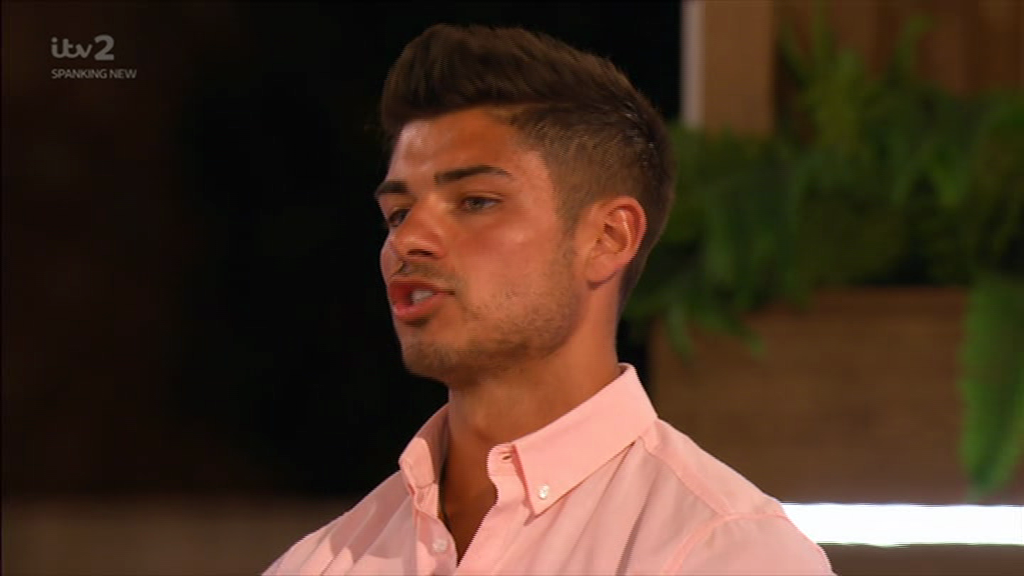 However the comments upset Anton's family and friends, who took to his social media accounts to defend him.

They wrote: "Guys, I really don't feel like it's fair to say that Yewande's elimination was down to Anton. He's been very close friends with Lucie throughout his time in the villa and she made it clear to him that she wishes to stay.

"We're gutted that Yewande is no longer in the villa." 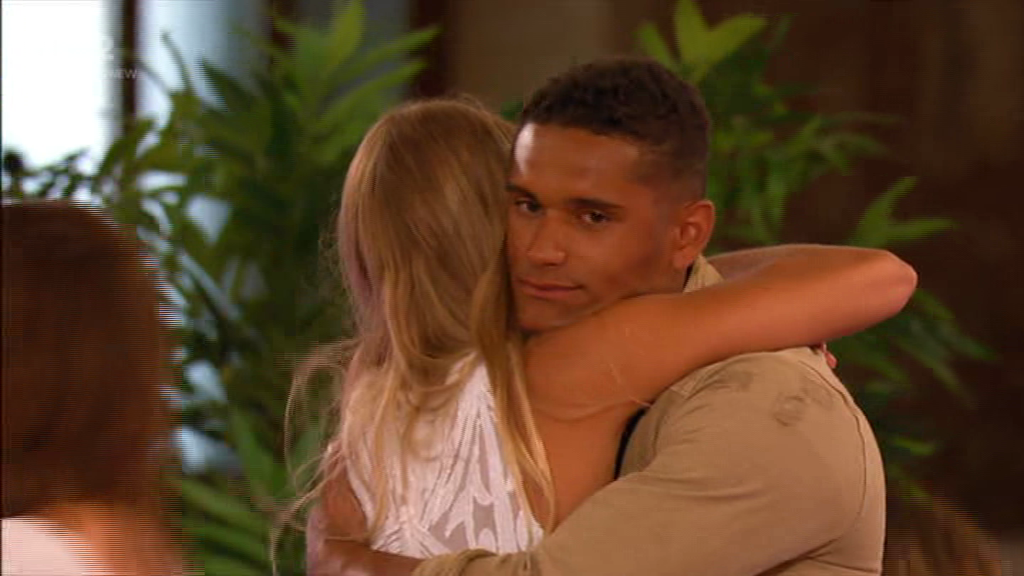 Many viewers agreed, and rushed to reassure the family no one hated Anton.

One wrote: "It’s not Antons fault he did what he felt was best & gave lucie a chance when she’s finally starting to come out of her shell. Sadly someone has to leave. It’s not his fault at all."

Another tweeted: "totally not antons fault !!! he chose the right person. it wasn't his decision to make anyways it was dannys."

Meanwhile Yewande has slammed Danny and Arabella and insisted their relationship won't work outside of the villa.

Her departure also sparked more questions of equality, with her exit comes three weeks after she was picked last during the first coupling-up ceremony.

It was the fourth year in a row that a contestant from an ethnic minority had faced the humiliation.

'Gilmore Girls': Scott Patterson Was Convinced He Wouldn't Get To Play Luke Danes