Home » TV » Love Island ratings down by 800,000 compared to summer version but almost 3m fans still tune in to launch show – The Sun

LOVE Island ratings are down 800,000 for the new winter series compared to the summer version.

For the launch of last summer's series, 3.3 million watched live. 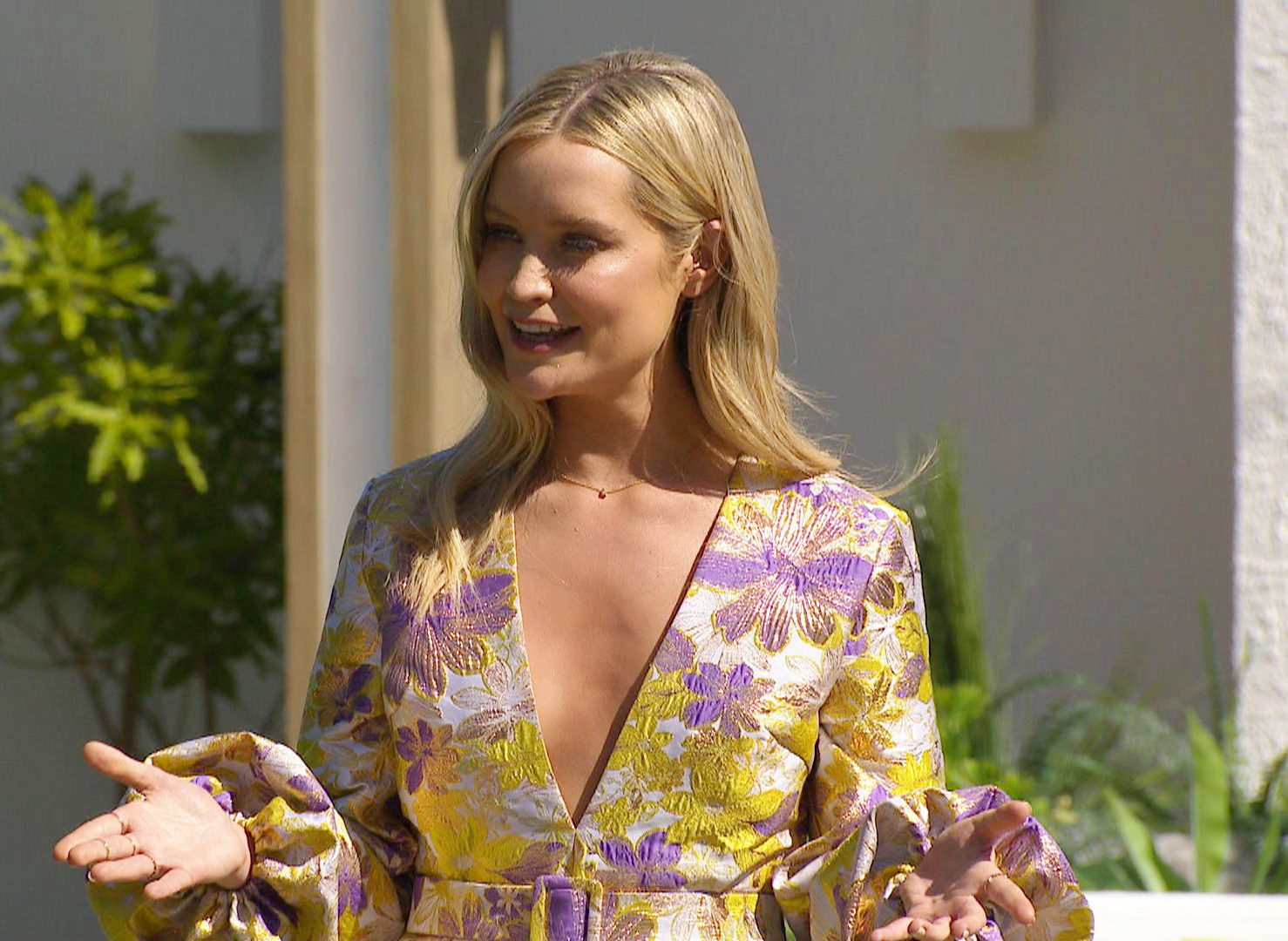 But Sunday's winter launch was watched by an average of 2.51 million viewers, according to the overnight ratings.

But these ratings only count live viewing and don't include catch-up on the ITV Hub.

A spokeswoman for the show told The Sun Online that the show launched with an average audience of 2.5m – 2.8m when viewing on non-TV devices is included – and peaked at 2.9m.
A whopping 1.2m viewers aged 16-34 watched the show – 43% of viewers in that key age bracket.

This is the first series to be shown in the winter months and outside the show's usual summer slot.

There will be another summer series later this year. 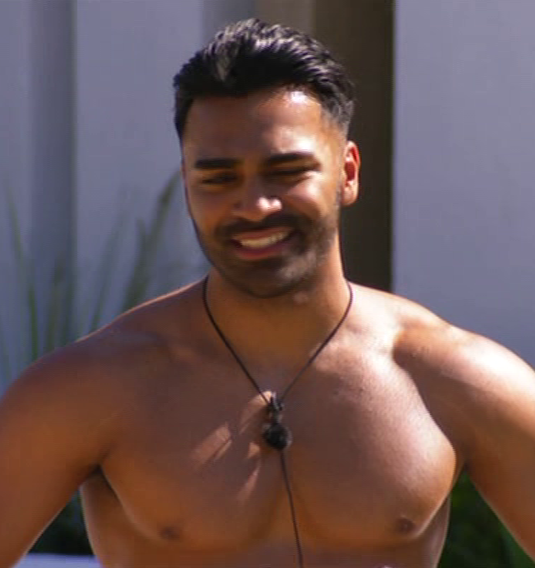 Last night, the new series got off to a suitably dramatic start.

The launch episode of the ITV2 dating show introduced fans to the swanky new villa in sunny South Africa – as well as the first batch of Islanders.

However, things didn't quite go to plan – with fans sent into panic-mode when ITV2 suffered technical issues at the very beginning of the programme.

While viewers were excitedly tuning in for their first Love Island fix of the year, their screens went black before glitching – although thankfully the issue was quickly resolved.

The girls were the first to enter the villa, getting to know one another and agreeing that they were all after a "tall, dark, and handsome" type – with more than one having a penchant for a builder or a plumber.

So they were in luck when Nas Majeed was the first man to step out for the coupling ceremony – a 23-year-old builder looking for Mrs. Right. 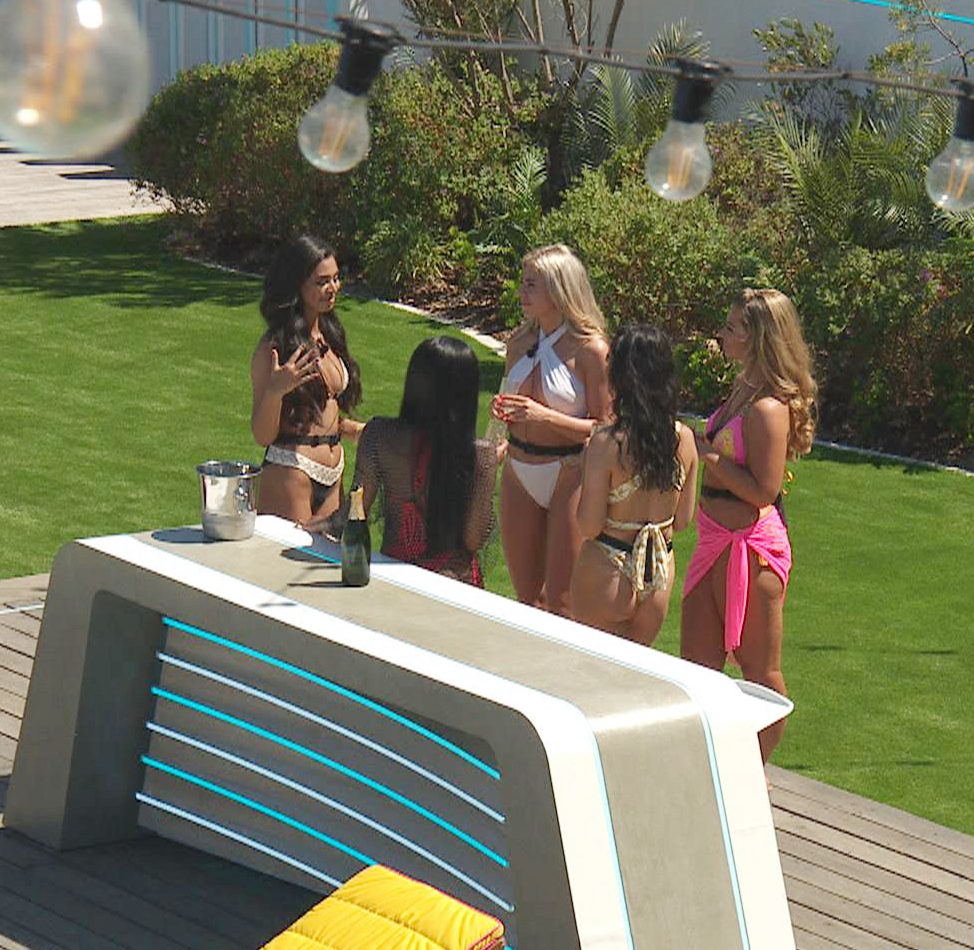 Rather awkwardly, none of the girls stepped forward for Nas – with him choosing Siânnise Fudge to make the first couple of the series.

Callum Jones was next up – having previously shocked fans when he confessed in his entrance interview that he particularly fancies girls who wear white nail polish.

Poor Nas suffered a further blow when Siânnise stepped forward for the new man – admitting that Callum was the "tall, dark, and handsome" hunk she had asked for.

Shaughna Phillips also showed an interest in him, with Callum sticking to the bro code as he chose her over Nas's partner. 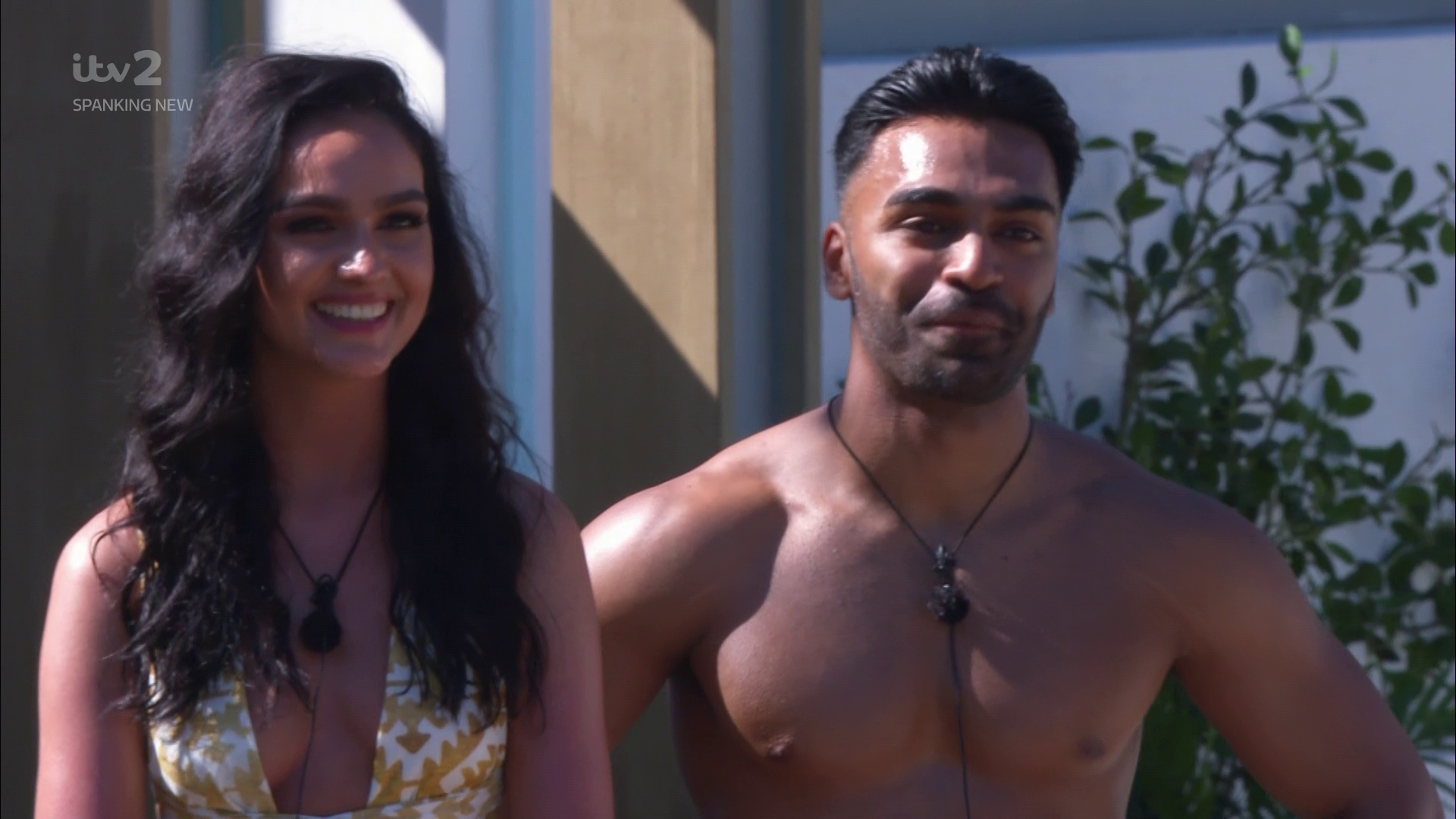 It was then time for millionaire toff Ollie Williams to be officially introduced to fans – who have been furiously petitioning to get him booted from the show.

On Friday, The Sun Online revealed that the posh heir was a big game hunter, leaving viewers outraged.

Disgusted animal-lovers have been begging bosses to axe Ollie from the line-up, but defiant producers are said to be digging their heels in and have "no intention" of getting rid of the bloodthirsty contestant.

His stint in the villa got off to an equally bad start, with none of the girls stepping forward for him. 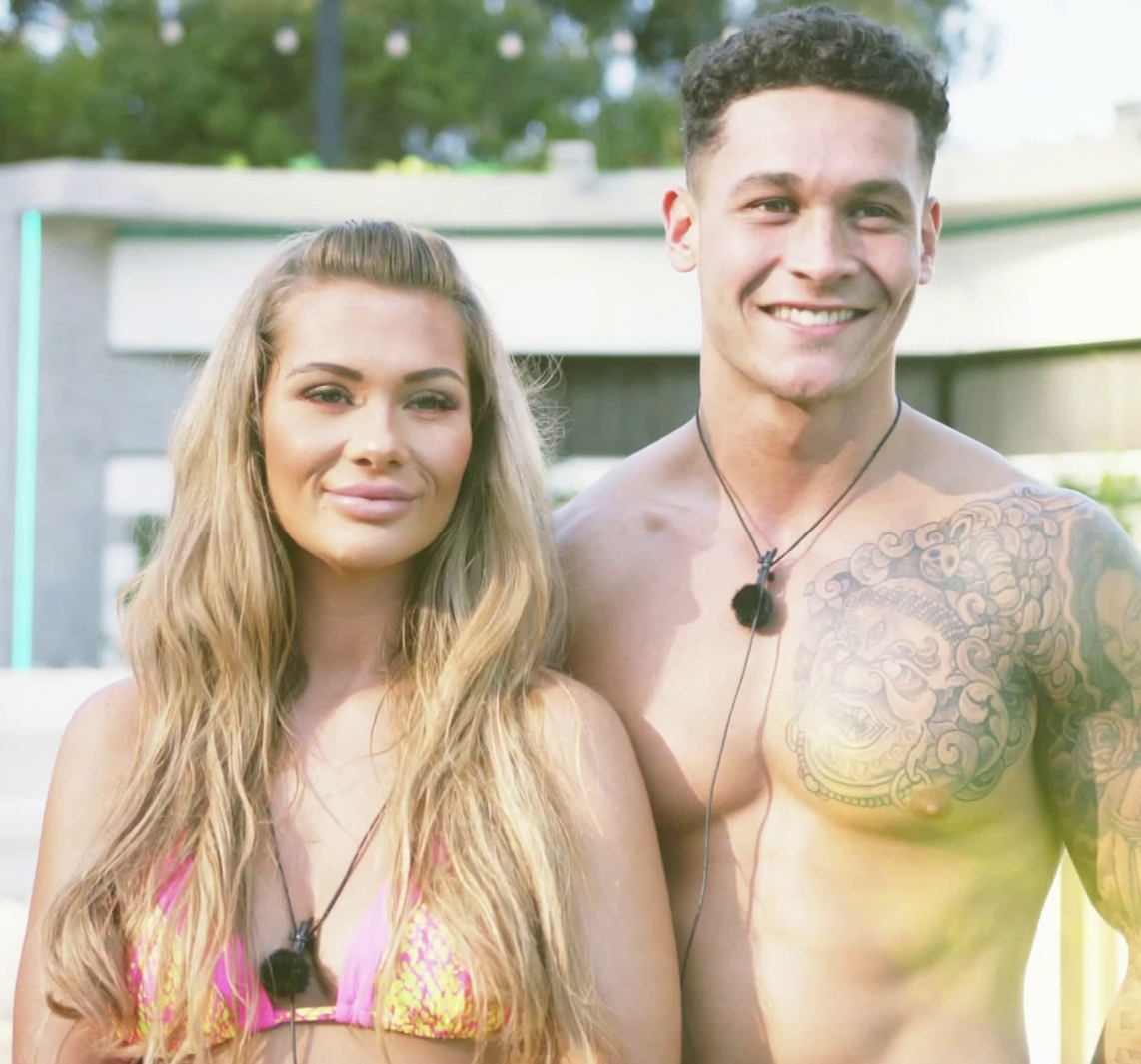 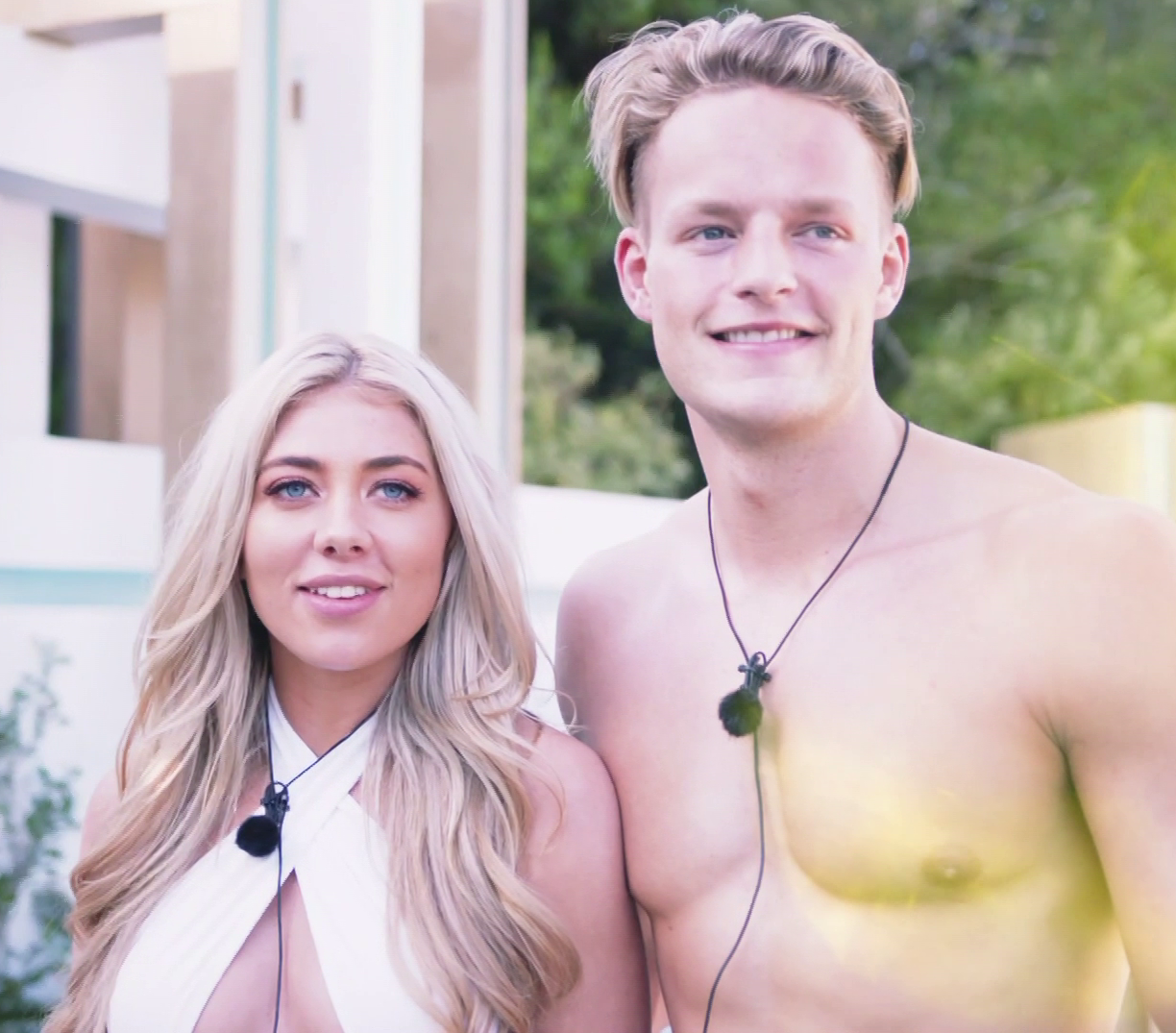 He ended up choosing Lewis Capaldi's ex Paige Turley to couple up with, with Paige apologising to her famous former beau earlier in the programme for being a "b**ch" and breaking his heart.

And she might want to apologise to Ollie as well, with Paige immediately stepping forward for Connor Durman when he joined the coupling ceremony.

Sophie Piper also showed her interest, with the hunk leaving Paige red-faced when he chose Sophie.

Leanne Amaning was the last girl remaining having refused to step forward for any of the men, and Mike Boateng was the final man to join the ceremony. 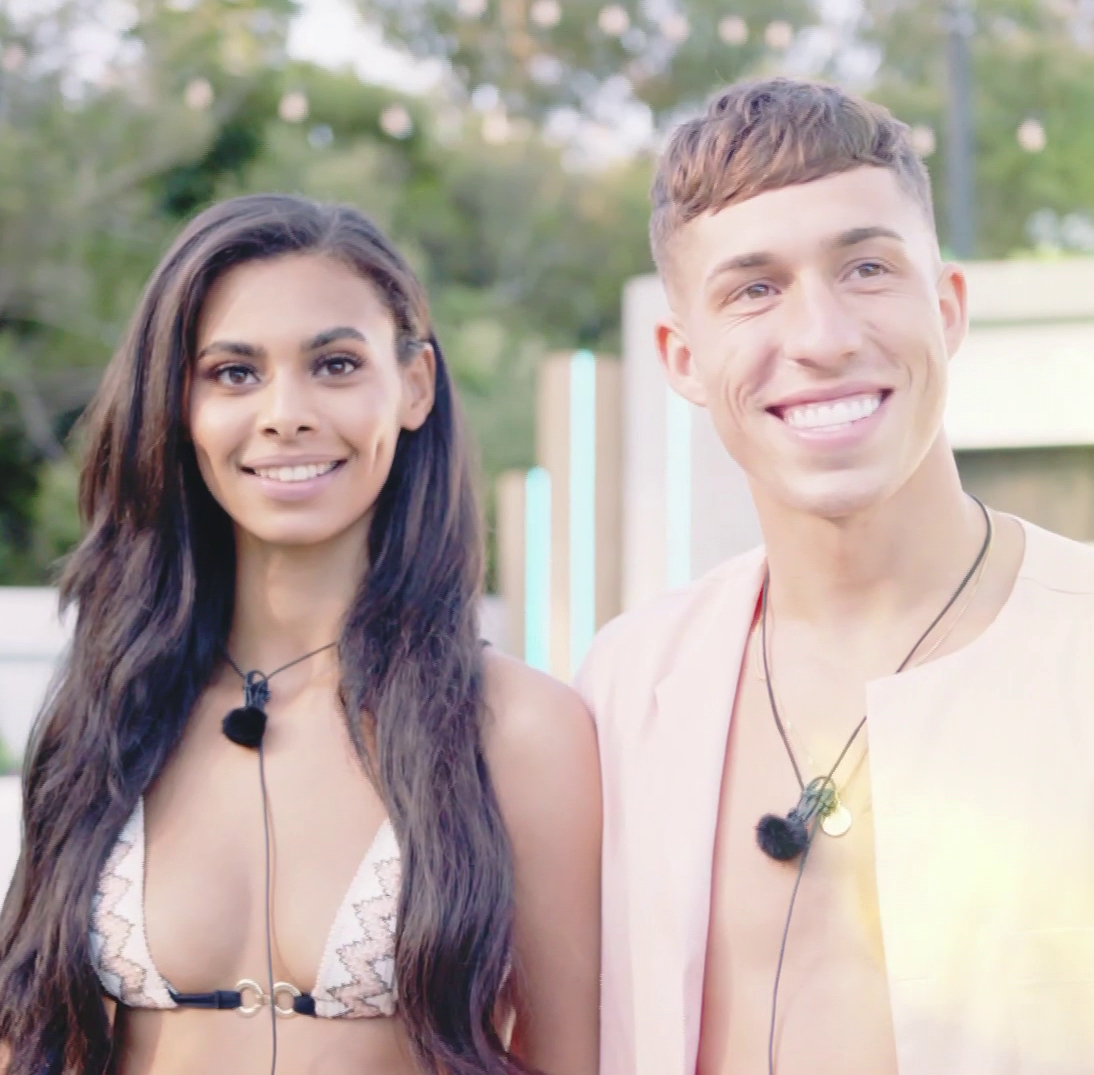 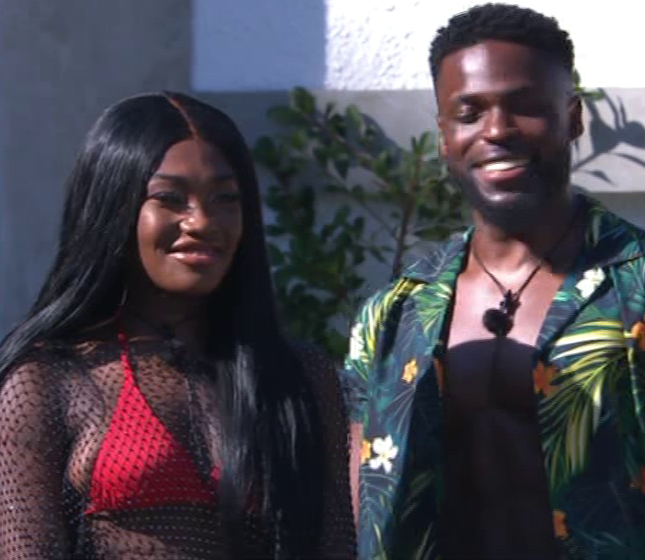 Thankfully he must have been just what the doctor ordered as Leanne finally showed her interest – and it went down a treat, with Mike choosing to couple up with her.

With the pairings done, the new Islanders took some time to get to know one another and explore their new home.

Paige was quick to show her disdain for Ollie in the Beach Hut, admitting that she was "already friendzoning him" because he was a bit too posh. 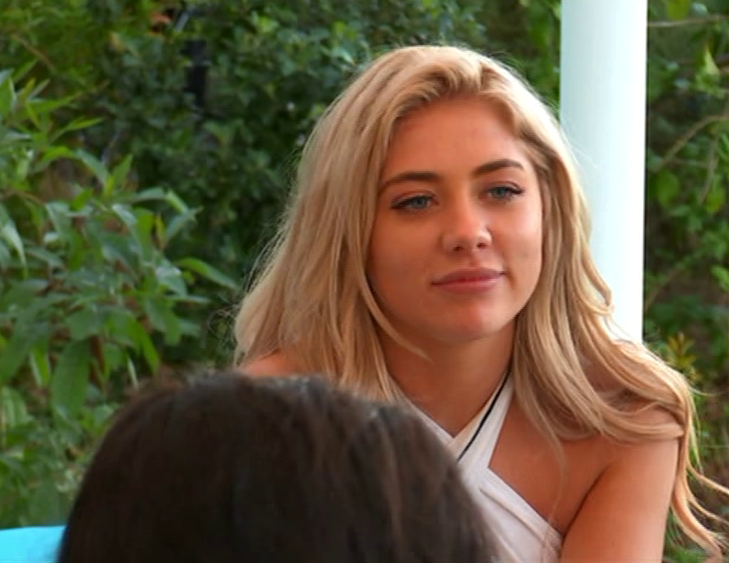 She also rejected his attempt at flirting, rebuffing his advances as he complimented her eyes before joking that he would be sleeping in the villa's brand new 'Doghouse' later that night.

Thankfully, things appeared to be going a bit better for Ollie's fellow snubbed man Nas, who bonded with Siânnise over their shared love of Disney and her quirky surname.

The brunette beauty later confessed that while he wasn't her usual type, she was enjoying his sense of humour.

Leanne also opened up to Mike, admitting that she had trouble letting people in as the pair bonded in the sunshine. 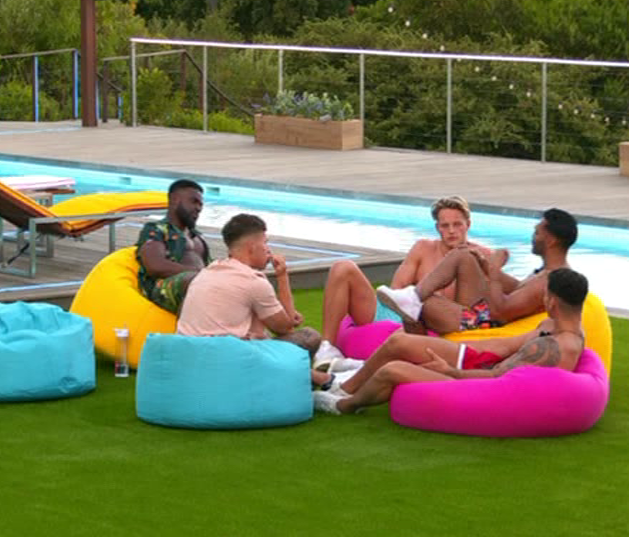 The boys and girls then grouped off for debriefs, with Sophie gushing about her partner, Connor, while Siânnise admitted that she was put off Nas because she is taller than him.

All was forgotten by the evening, with the Islanders letting their hair down with a few drinks after they glammed up for their first night in the villa.

Paige finally decided to give Ollie a chance, admitting that she could be a challenging girlfriend because she needs a lot of "emotional" attention. 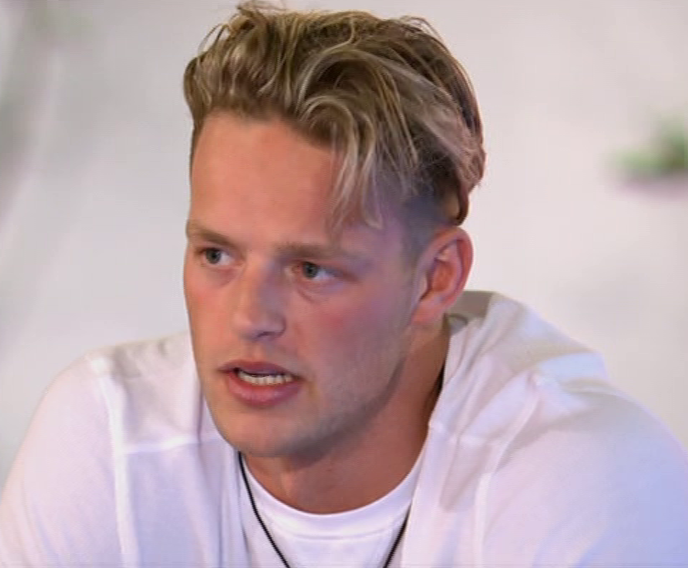 And Ollie didn't waste any time in blabbing that his family owned a load of land – but he didn't let slip exactly how much… Or that he is a Lord-in-waiting.

Sophie and Connor later pulled Ollie for a chat, where Sophie admitted that she could see him with Nas' partner Siânnise.

While the toff was adamant that he didn't want to step on any of the other boys' toes, he did say that he would be interested in getting to know the brunette beauty.

However, he was dealt a blow when Siânnise once again reinforced that she likes "tall, dark, and handsome" men – and when Ollie asked if he'd ever stand a chance she simply replied that he is "sweet". 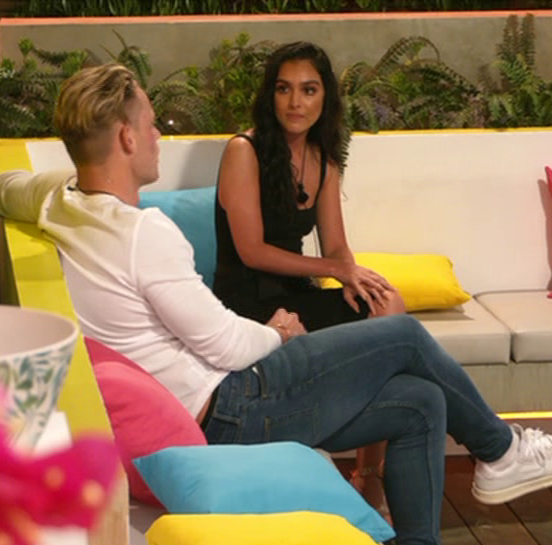 While the pair were chatting, Paige and Nas were clearly bothered – with Paige even going so far as to say that this behaviour from Ollie could be "a warning sign". 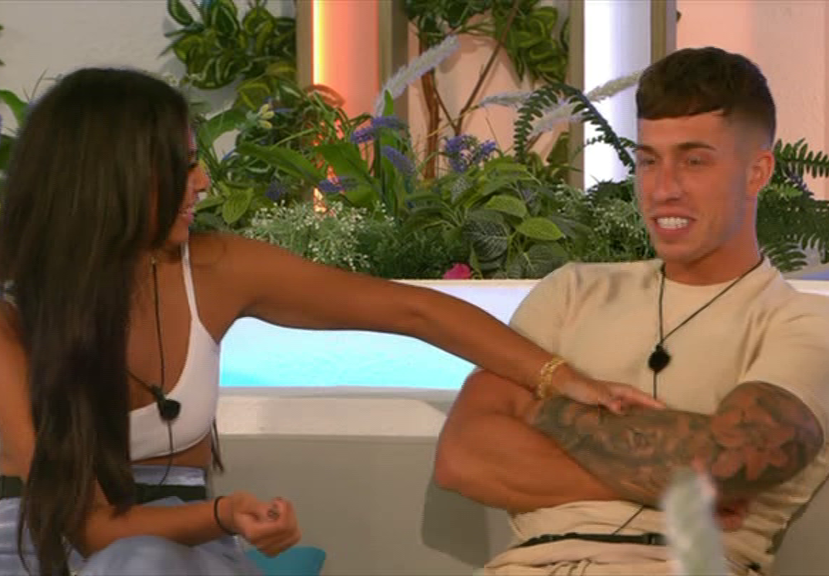 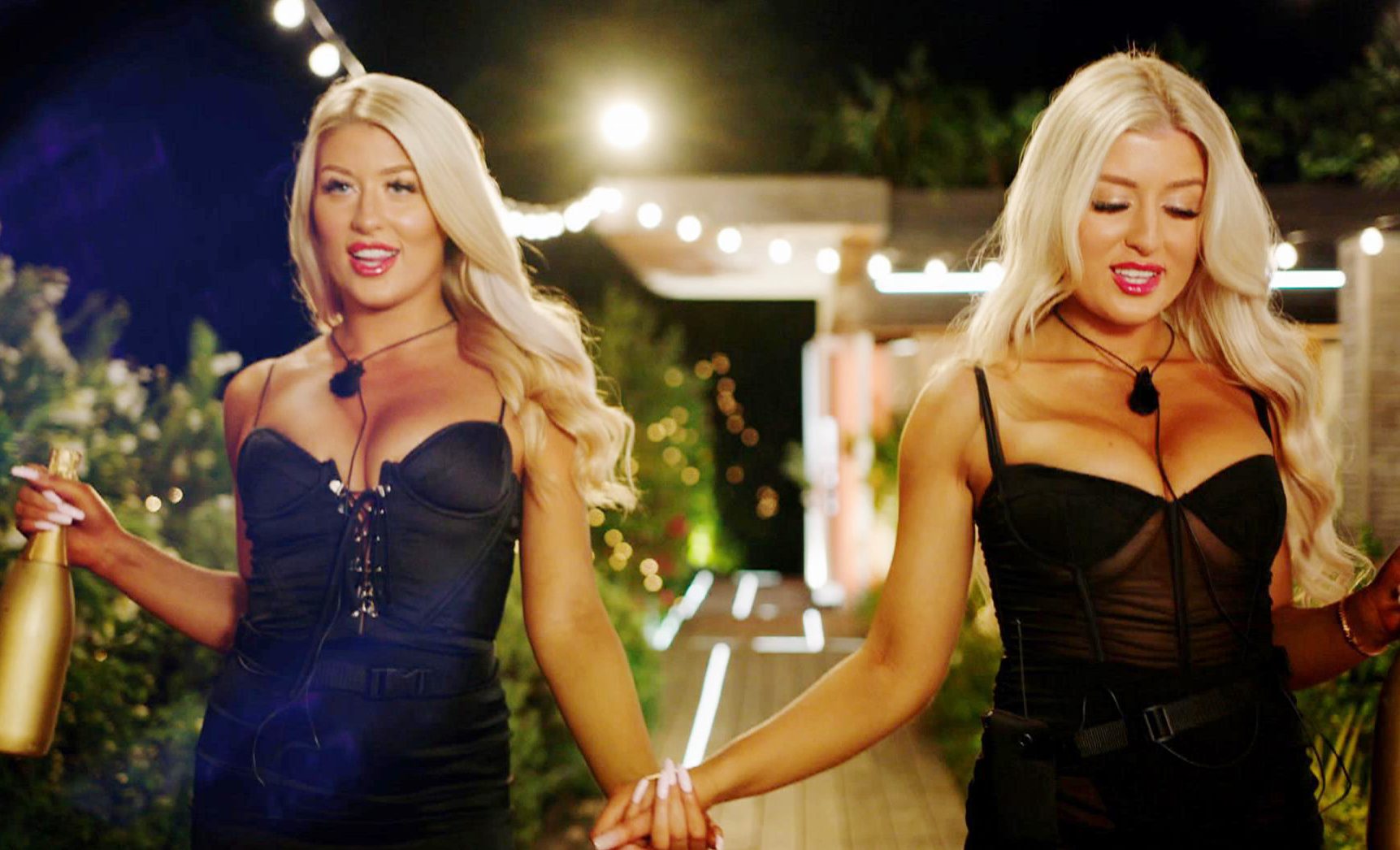 But the night was only going to get more dramatic, with the Islanders receiving a text teasing twins Eve and Jess Gale's late arrival.

The sisters joined as the first bombshells of the series following the initial coupling ceremony.

The blondes strutted in hand-in-hand just hours after the rest of the Islanders – much to the girls' annoyance, and boys' excitement. 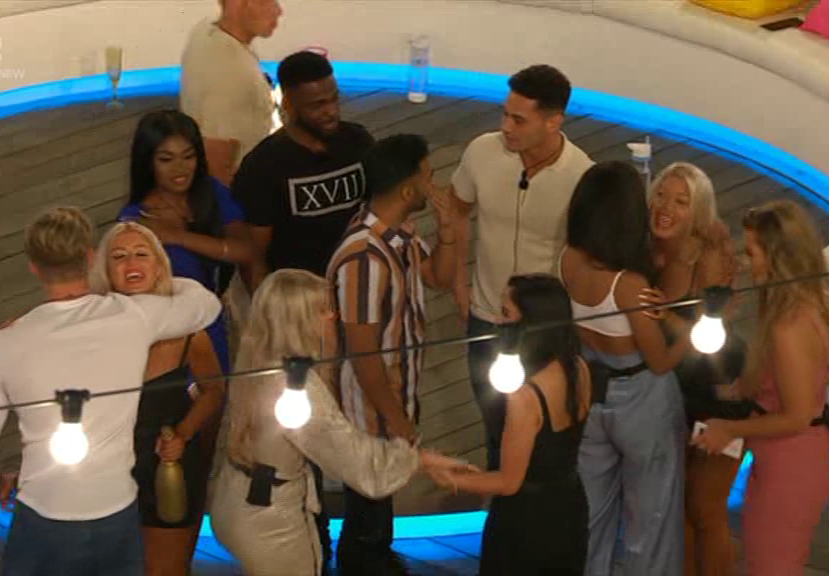 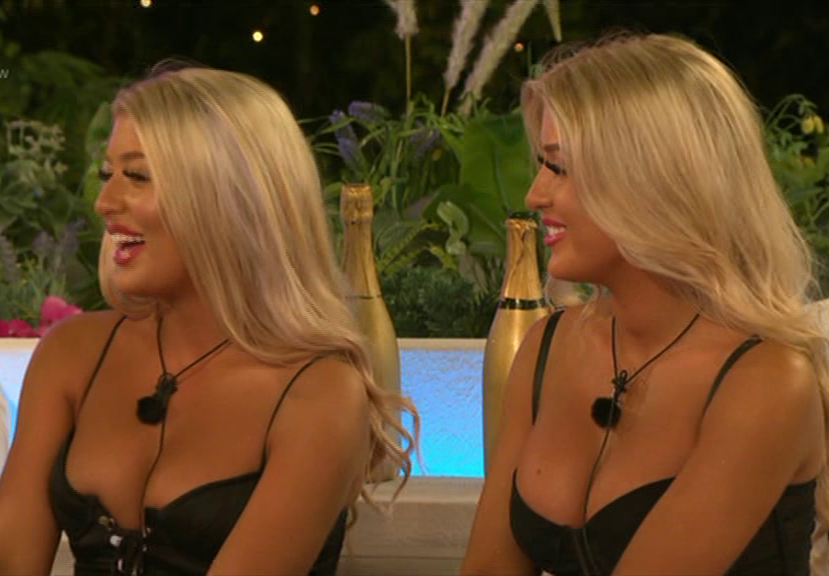 It all came to a head when the Islanders received a text that confirmed Eve and Jess will be coupling up with two of the boys in just 24 hours time.

This decision will see two of the other girls left single and vulnerable – with Mike's head already appearing to have been turned.

A teaser for tonight's episode showed the sisters bicker over their upcoming decision before all Islanders are gathered at the firepit to learn their fate.

This Morning presenters ‘complain about Phillip Schofield’ as tensions rise Every Netflix Show Cancelled in 2020 (So Far)
TV News