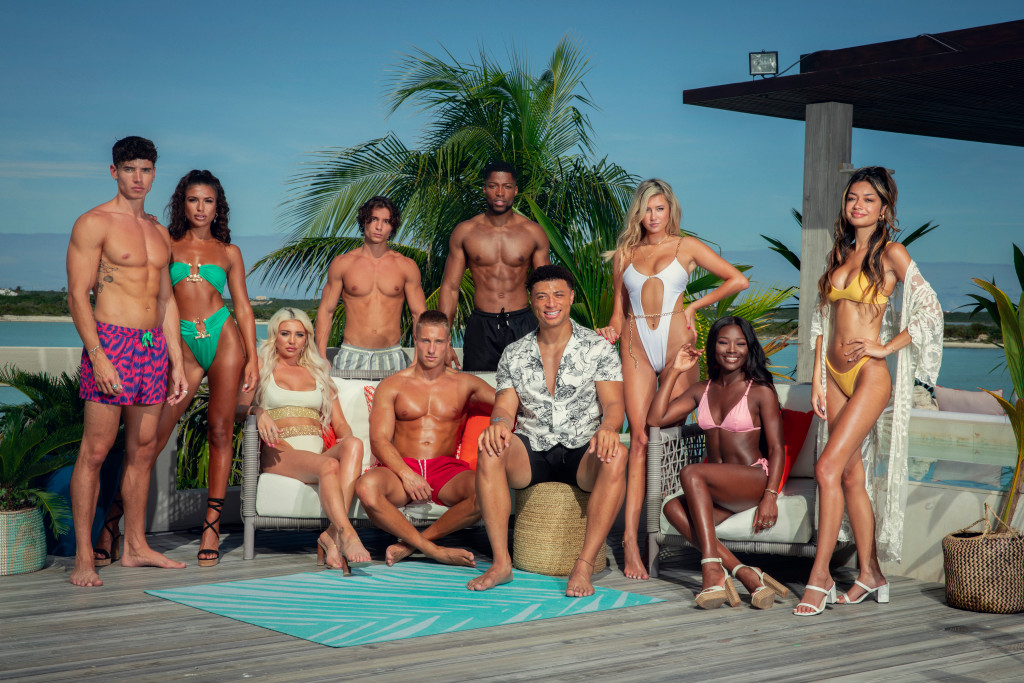 After two months of cracking on, head turning and a grand total of about five minutes of Laura Whitmore screen time, Millie Court and Liam Reardon ended up landing the £50,000 cash prize during Monday’s final, beating the likes of Chloe Burrows and Toby Aromolaran.

It’s a result that no-one could have seen coming – except from the eagle eyed viewers who predicted the news after spotting one revealing detail that is.

It now means there’s a gaping hole in the TV schedules, and fans will be desperate to find new shows to fill the void.

Thankfully, there’s an awful lot to look forward to, and even more to catch up.

From upcoming series to outrageous reality favourites ready to seek out now, these are the shows to watch now Love Island is over.

The Australian version of this hugely compelling show went stratospheric over lockdown, and now the UK is getting its own version arriving on August 30.

The premise of the E4 show is… well, exactly as it sounds. Strangers meet and get hitched having never met before, getting to know each other after having promised to commit the rest of their lives to one another. What could possibly go wrong?

E4 will be bringing us a batch of home-grown singles looking to find love, with the new series set to be a bigger, more dramatic take on the format.

If they somehow manage to top the drama of the Aussie series, we could be in for one of the most explosive reality series of all time. Do we take this show to be our new TV obsession? We do.

Married at First Sight UK arrives on E4 on August 30 at 9pm.

Are You The One?

It’s good to know that after Love Island bosses said they were against producing a LGBT+ version of the show because gay contestants would pose ‘logistical difficulty’ earlier this year, there are shows out there doing more to portray LGBT+ relationships on our screens.

MTV’s Are You The One? reworked its format for its 2019 series and welcomed a gender fluid cast with no limitations on their potential matches. It was titled Come One, Come All, and was met with applause from critics and viewers alike, with many rejoicing at being ‘seen’ on TV.

It made for some incredible telly, too. The series took place in Hawaii and offered some of the most compelling moments in the show’s history, which is saying something – particularly after people got hooked on a vintage series of the MTV reality show which dropped on Netflix.

The programme sees singletons head to a luxury mansion in a bid to root out their ‘perfect match’ – something that has been predetermined by experts before the show.

It’s on Netflix now, and you will not regret looking back at the show’s series from years gone by.

Are You The One? is ready to stream on Netflix

Katherine Ryan presents this upcoming ITV2 series which has already set a lot of people talking. It follows a single girl in the search for her perfect partner, as 12 male suitors compete for her affections and the chance to win a big money prize.

All is not as it seems though. In a devilish twist, not all the boys are single – and a number of them will be guided by their partners in pursuit of the jackpot.

It’s not even aired yet, but it’s already faced a backlash after social media users threatened to complain to Ofcom over the supposedly ‘manipulative’ concept.

Controversial or not, this one for reality fans to keep a very close eye out for in September.

Ready to Mingle is released on ITV2 this autumn.

Too Hot To Handle

There aren’t many shows that would see contestants lose £1,500 for participating in an act of ‘self-love’ in its first episode, but Too Hot To Handle is certainly one of them.

The series has shot to popularity over recent times, with viewers introduced to singletons attempting to make meaningful connections while being forbidden to have any sexual contact. If any of them give in to their primal urges, money is then deducted from the prize fund. It’s properly bonkers stuff, and we’re here for it.

Netflix has confirmed that the series is set to return for a third season sooner than we expected. The streaming giant revealed that the dating show is back in early 2022, with three new UK titles also being announced at the Edinburgh TV Festival – Dated and Related, Snowflake Mountain and Dance Monsters (consider us very intrigued).

While we’re waiting, there’s no better time to revisit the exquisitely explicit series on the streaming platform now.

Too Hot To Handle is ready to stream on Netflix now

Netflix’s surreal mix between First Dates and the Masked Singer has to be seen to be believed.

Despite being accused of piggybacking on the furries community by some, it’s become one of the most-talked about shows on the streaming platform this summer.

Looking like a dating show directed by David Lynch, it strangely manages to come across like every dating show and no-other dating show all at the same time.

In essence, a succession of daters are totally made over using make-up and prosthetics to resemble different creatures, from an alien to a hammerhead shark to a devil. They are only given a chance to see what their potential love matches actually look like after deciding who they’ve taken a fancy to.

It’s silly and surreal, featuring some of the most vivid images ever seen on reality tv, which are sure to burn themselves into your retinas forever. But we defy you to stop watching.

Sexy Beasts is ready to stream on Netflix now

Dating Around isn’t the most difficult dating show to get to grips with. There are no gimmicks or pyrotechnics chucked in by Netflix to keep people gripped, but that doesn’t stop it being slick and entertaining all the same.

One singleton heads on a series of five blind dates, undergoes all the familiar awkwardness and excitement that comes with them, and then chooses their favourite one to go on a second date with. It’s one of the easiest shows to watch if you’re after a bit of fluff, which is never a bad thing.

It’s also a little bit like a glossy version of UK reality show royalty First Dates and Dinner Date, which incidentally are available to watch on All 4 and ITV Hub respectively.

Dating Around is ready to stream on Netflix now