LOOSE Women's Kaye Adams and Carol McGiffin clashed during a tense debate about if the UK should be vaccinating NHS care home workers.

The pair got into a heated row during today's instalment of the ITV show as they discussed their opposing opinions. 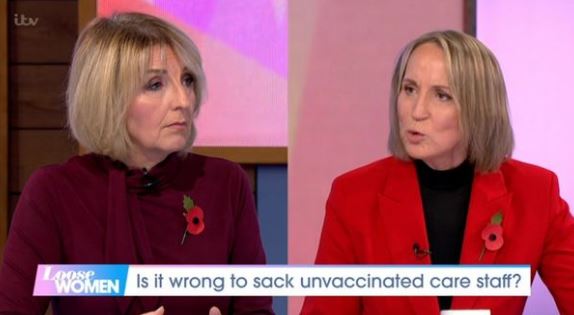 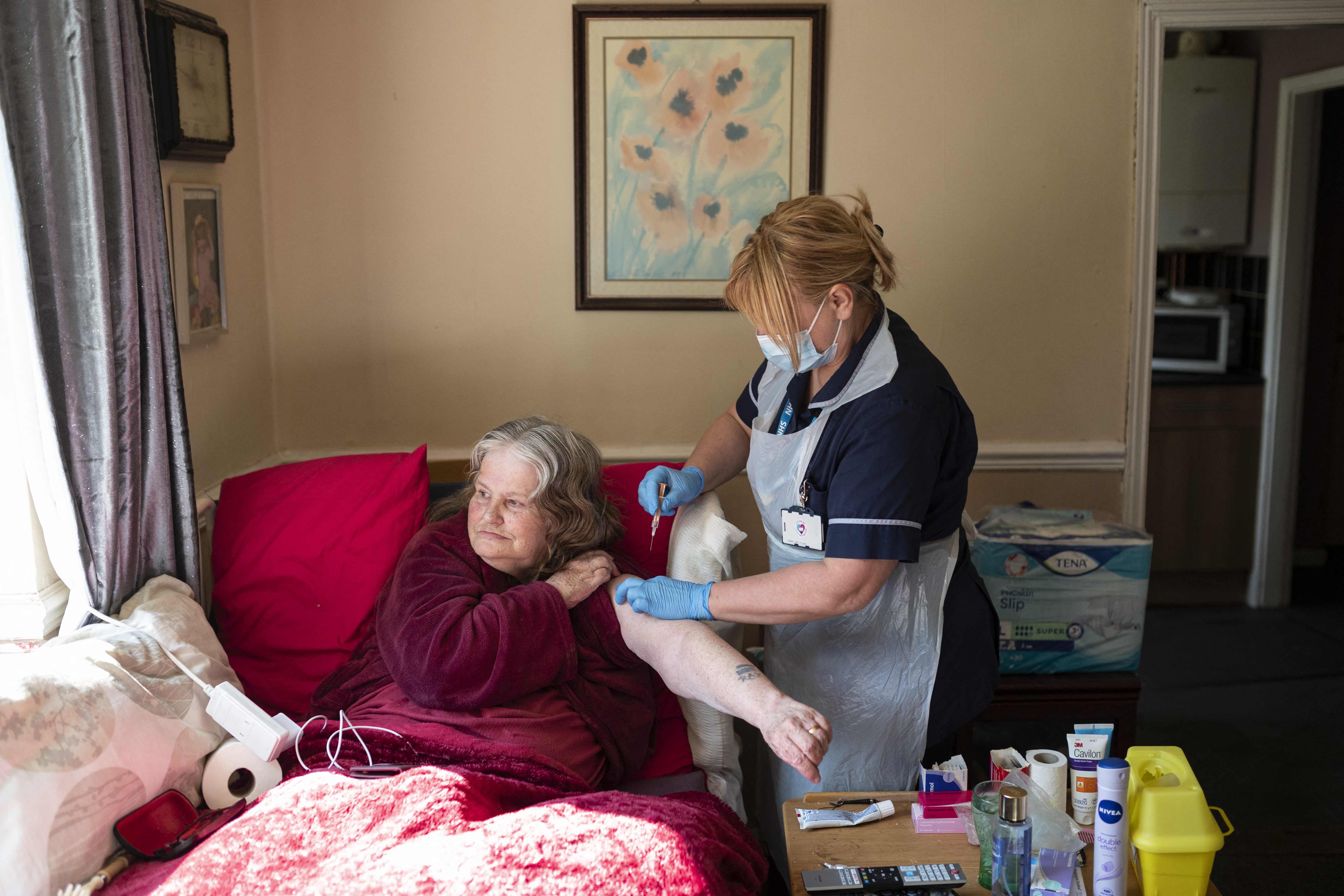 Thousands of care home staff will lose their jobs today for not having their Covid jabs, and even those who have had one dose will not be allowed shifts until they have had both.

The new rule got the Loose Women talking and it was very clear who supports it, and who is against it.

Kaye weighed up both sides, but came to the conclusion that she would much rather someone be jabbed if they were to look after her parents.

She explained: "I'm really torn by all of this. I don't want to convince anyone to have a vaccine that they are not comfortable with.

"I think it's really sad that we should be saying this to people after the 20 months that they have had and the dedication that our care workers have shown. I think that's horrific.

"But I also have to say, if somebody had to my parents that they are choosing not be vaccinated, I would have had a problem with them looking after my mum and dad."

But Carol didn't hold back with what she thought during the discussion.

She followed on by saying: "Well, I think a lot of people wouldn't though.

"I'm really uncomfortable with the decision to force care workers to have the jab in order to keep their jobs. I find it quite frightening actually.

"It's taking away people's freedom of choice."

The clash sparked viewers to voice their opinion on Twitter.

Many agreed with Kaye as one said: "So people who slate the vaccine on social media get muted but carol can go on and on. Sorry she’s wrong. How can you have an unvax person care for a vulnerable elderly person!"

A second chimed in: "Loving the debate on Loose Women. Sorry but I agree with Kaye, I don’t want any unvaccinated people looking after my grandparents. It’s way too risky."

Meanwhile others were on Carol's side.

A third tweeted: "I'm 100% with @McGiff on the covid vaccine & care workers/NHS staff. Nobody should be forced to put anything in their bodies that they dont wish to have. I'd rather have care workers who are unvaxxed than no care workers at all. We're on a very slippery slope."

A fourth added: "I agree with Carol. Residents and visitors are not forced to have the vaccine. There are tests. Complex situation but completely agree this is a worrying development."

It is predicted that 34,000 employees are set to be pulled off the front line because of the new rule.

Health Secretary Sajid Javid said: “This is all about patient safety. We know that people, whether they are in care homes or they are in a hospital bed, are particularly vulnerable to this virus and it could be fatal.

“It’s our duty to do everything we can to protect them.”

The government yesterday rejected last-minute calls for a deadline extension to April in line with NHS staff and home carers. Care organisations fear a winter staff shortage and insiders say homes could lose one or two carers, on average.

The news comes shortly after the Mr Javid confirmed that frontline NHS staff WILL be forced to get both doses of the Covid vaccine by next spring.

He announced a "no jab, no job" crackdown for hundreds of thousands of doctors and nurses from April 1.

About 103,000 of more than 1.4million healthcare workers in NHS England have not yet had their first Covid jab.

Mr Javid told MPs: "Having considered the consultation responses, the advice of my officials and NHS leaders including the chief executive of the NHS, I have concluded that all those working in the NHS and social care will have to be vaccinated.

"We must avoid preventable harm and protect patients in the NHS, protect colleagues in the NHS and of course protect the NHS itself."

The decision follows a consultation which began in September and considered whether both the Covid and flu jabs should be compulsory for frontline NHS and care workers.