Throughout the seasons, Line of Duty has kept fans guessing about who H could be with many shifty figures potentially being the corrupt cop at the top of the food chain.

However, could one of the stars of the show have given a clue about the identity of the villainous puppet master?

Appearing on today’s (Monday, August 3) edition of This Morning, Line of Duty stars Vicky McClure and Craig Parkinson spoke about the show ahead of its debut on BBC One.

Speaking to host Ruth Langsford and Eamonn Holmes about working on the show, Parkinson – who plays Matthew “Dot” Cottan – teased: “If you haven’t seen the show it’s going to be really exciting for you.”

He said viewers would have fun piecing together the “little clues and questions” which the show scattered through the story like breadcrumbs.

Parkinson went on to joke: “Do not trust any of these characters, especially Vicky McClure.”

While the actor may have been joking about McClure’s character Kate Fleming being H, fans have started to suspect the character.

Kate is known for being an adept undercover agent, who has proved herself time and again when she’s been on cases during the course of the show. 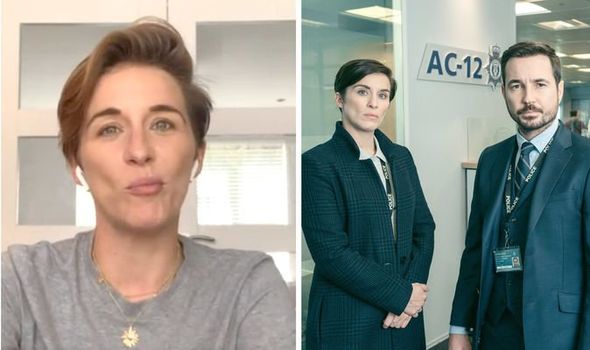 Given Kate’s perfected the art of her poker face, she has all the skills to be involved undetected.

She is also at the heart of AC-12, which means she’s in a prime position to get all the intel of the work of the unit which she can feedback to the Organised Crime Group (OCG).

Ted Hastings (Adrian Dunbar) also previously fell under suspicion when he seemed to acting in a shady manner.

However, the real H is going to be revealed in season six when the show does finally come back.

Filming was stopped in Belfast in March amid the COVID-19 lockdown and there are hopes it can re-start soon.

But all of this means, it could be a while before viewers learn the real identity of H.

Parkinson and McClure appeared on This Morning ahead of the show airing on BBC One this evening.

Line of Duty is being repeated by the BBC amid the coronavirus lockdown due to a delay on new shows.

This will mark Line of Duty’s premiere on BBC One after the drama started off life on BBC Two when it first aired back in 2012.

Parkinson went on to say of his character: “The thing about Dot is that he’s very good character.” He added ironically: “You’ll find out he’s a very decent man.”