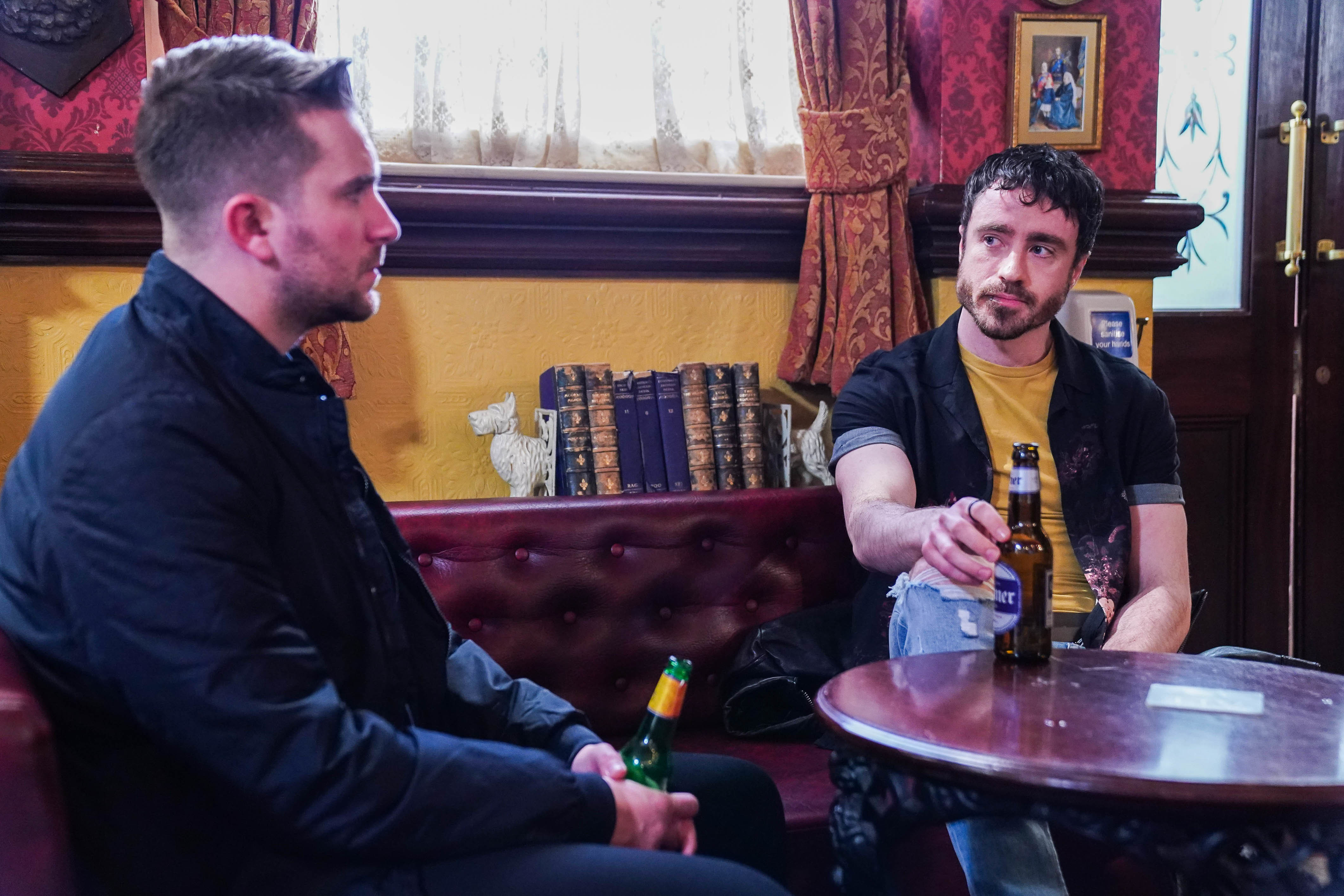 Lewis Butler (Aidan O’Callaghan) takes advantage of Callum Highway’s (Tony Clay) good nature next week in EastEnders, as he speaks to him following a homophobic attack.

The bar manager has a chat with Kathy Beale (Gillian Taylforth), explaining that he was recently involved in a homophobic attack, something which Ben Mitchell (Max Bowden) overhears.

Ben has little sympathy for the rapist, however, and subsequently confronts him, revealing that he gave him an STI.

The mechanic continues to struggle with what happened to him, and due to his absence at work, Kheerat Panesar (Jaz Deol) employs another another mechanic, named Dave.

Dave is overly-familiar, which leaves Ben feeling uncomfortable when he turns up for work the following day and thus he takes a step outside to get some fresh air.

Doing so, however, ultimately makes him more upset, as he witnesses Lewis speaking to Callum about the homophobic attack.

The copper advises Lewis to report the crime. Ben is riled up, and subsequently returns to work, where he orders Dave to leave, before breaking down.

Lewis, meanwhile, continues to lean on Callum for support, asking him for help in regards to how exactly he should report the attack, taking advantage of his good nature.

He seeks Callum out once more, and they discuss the crime in more detail.

Ben, meanwhile, breaks down in front of mum Kathy, which leads her to the conclusion that he did not cheat on Callum, as the penny finally drops, and she realises he was raped.

You can visit the Survivors UK website here for more information and support on men and non-binary people who have been affected by rape or sexual abuse.