Former Question of Sport captain Phil Tufnell was in the Saturday Kitchen studio today to gorge on some delicious dishes courtesy of Matt Tebbutt and a handful of other famous chefs. Not only that, but the BBC frontman also had Phil’s idea of “food heaven” and “food hell” up his sleeve. But when the chef-turned-presenter tried to outline the details of the dishes for the voting public to decide on, he was interrupted by Phil’s puns.

The moment came just minutes into the show as Matt tried to find out more about Phil’s foodie preferences.

“Now, Phil at the end of the show, food heaven and food hell,” Matt began. “What’s your idea of food heaven?”

The former cricketer quickly replied: “My idea of food heaven is lobster, Thai-flavoured…”

Spotting the chance for a joke, Matt interjected: “Of course it is, the BBC are paying (laughs).” 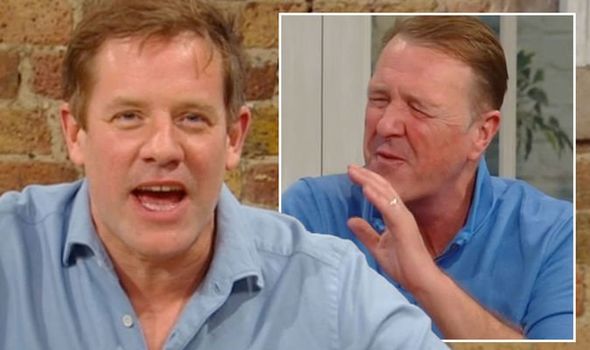 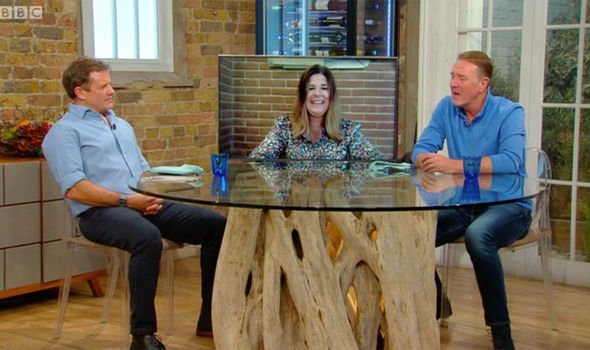 “I thought I’d push the boat out,” Phil joked as he carried on the joke before moving on.

He continued: “So yeah, lobster, Thai flavours, a little bit spicy and peas. Love some peas.”

Matt let out a chuckle as he probed further: “Okay, a nice pea, what about hell?”

The ex-cricketer then revealed he isn’t a fan of desserts, admitting he doesn’t have much of a “sweet tooth”. 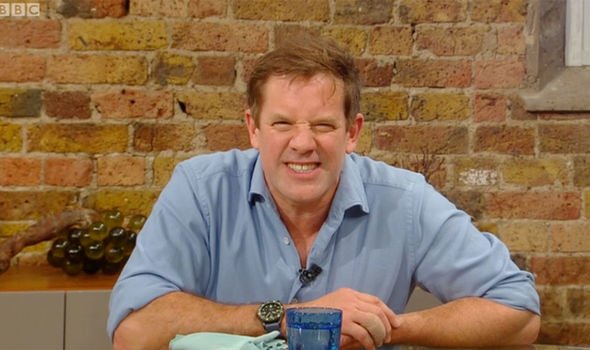 Phil explained: “Hell, I haven’t particularly got a sweet tooth so anything too sugary.

Turning his attention to viewers, Matt began to outline the intricate details of the heavenly and hellish dishes he had lined up for Phil – with one or two cricket puns shoehorned in.

“Well, if viewers give you heaven, then you’ll be bowled over…” Matt began as he beamed at the joke he’d worked into his speech.

“Love it,” Phil said as he spotted the joke as Matt continued: “Thanks – by my Thai-inspired lobster.

“I’m gonna marinade lobster in Thai spices and coconut milk before chargrilling with some peas, some spinach, tossed with some basil, coriander, chilli and mint.

“And I’m gonna finish that with a blackened citrus mayonnaise, it’s delicious,” Matt concluded before turning his attention to “food hell”: “If the viewers give you hell…”

But Matt was interrupted by Phil who had a cricket pun of his own: “Oooo, howzat?”

The joke completely derailed Matt’s train of thought, who jokingly warned Phil: “Can I stay on script, can you stop writing my script for me?”

Luckily the stern warning was all in jest as Phil apologised and shared a laugh as Matt continued: “If the viewers give you hell then my banoffee tart could knock you for six,

“I’m gonna make a chocolate pastry base filled with dulce de leche topped with caramel and then top that with caramelised bananas dust that with chocolate and whiskey cream on the side. Very delicious too.”

Saturday Kitchen airs Saturdays at 10am on BBC One.