Before Lauren Tsai played a time traveler on “Legion,” she packed in several careers in her 21 years. A newcomer to the acting world, Tsai is also a model and illustrator, but is probably best known as a reality star for her run on the Japanese-language Netflix/Fuji TV series, “Terrace House.”

During the time that Tsai appeared on “Terrace House: Aloha State,” she held her first gallery opening in Hawaii and then eventually left the show to pursue modeling in Japan. “I did my first solo gallery show when I was on the show. I put so much of myself into that, and it was terrifying to have my work out there,” she said in an interview with IndieWire. “That was the first time I ever showed my work publicly.”

Some reality stars – such as David Giuntoli and Jamie Chung – have parlayed their reality fame into acting careers, and Tsai acknowledges that her time on “Terrace House” made a huge impact on her as well.

“We formed bonds that I think will last for life, and I hope that ‘Terrace House’ does inspire people to see that – the beauty in these little moments,” she said. “I remember writing at my gallery on one of the walls: ‘It all begins here’ because I wanted that for me,” she said. “I think that it made me happier than ever to overcome that, to overcome the things that terrified me. Nothing has made me feel more alive.”

As with many in her generation, Tsai’s abilities are self-taught with the aid of online videos. Although she’s of Chinese and European ancestry, she perfected her Japanese-language skills through YouTube and by watching previous seasons of “Terrace House” before auditioning herself. Similarly, she turned to the internet to supplement her lack of formal acting training. 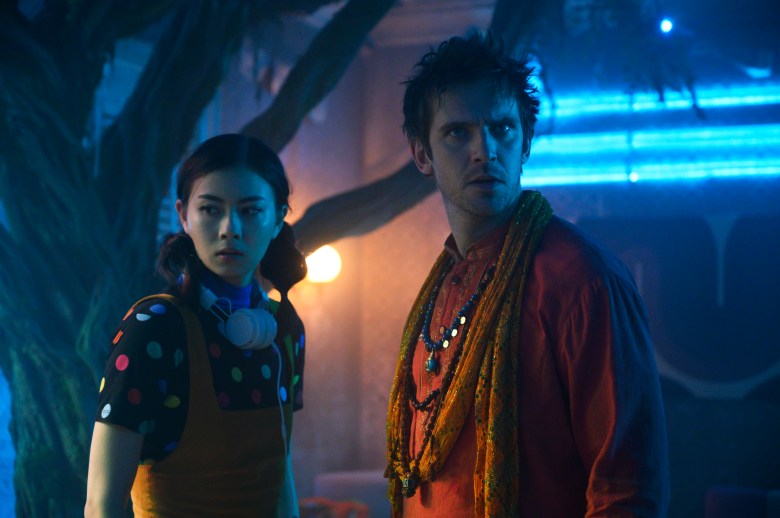 “I studied online a lot, actually. I was reading a lot of things from other actors, and a lot of blog posts, and watching YouTube videos,” she said. “There was this master class thing I watched just the trailer of, but she said something so inspiring to me, that’s like, ‘Don’t look in the mirror when you’re acting. It’s what you feel.’

“So I really try to connect,” Tsai continued. “So if there’s a scene in which [her character, Switch] is really terrified, for example, I’ll find a moment in my life in which I felt really terrified and then imagine that there, and try to let myself feel without telling myself what that needs to look like.”

Tsai had signed on with the WME agency to work on art, modeling, and brand-related projects that include designs for Marc Jacobs, Starbucks, and Nike. She also drew two variant covers for “West Coast Avengers #1” and “Captain Marvel #1.” But acting has always been a lifelong ambition.

“I remember there was this time in high school where I so desperately wanted to audition for this part in the high school play, and I prepared the audition,” she said. “I looked in the mirror and I was doing it a thousand times. It was the day of the audition, and I just decided to not [go] because I had no confidence in myself.”

Her confidence has received many boosts since “Terrace House,” including booking “Legion,” in which she plays a time traveler who finds herself helping fellow mutant David (Dan Stevens) try to alter events in the past to stave off the end of the world. Here’s a scene from the first episode when she enters into David’s world:

“Switch, beyond this otherworldly ability she has to travel through time, she’s someone who simply wants to know what it means to be her, and wants to feel purpose in life,” said Tsai. “She ends up falling down this rabbit hole to find a world that’s not even of this world either, but it’s the story of and a journey that I’m on, currently, I think, and a lot of people are. What does it mean to be me in this world and how do you validate yourself, or what do you give up, or what do you do for someone else to feel like you matter?”

“She’s a girl trying to find her place in the world, and a lot of times she feels only at home inside of her head. And I think that’s something I can really relate to. So through the portrayal of her.”

Although some “Terrace House” fans may have followed Tsai to “Legion,” she was fairly anonymous on set. “One of the camera operators had watched the show with his wife. But besides that, no one knew,” she said. “And that makes me feel very happy, too, that they did genuinely like the audition and what I was doing with the sides that they provided me.”

Although her reality TV fame didn’t make a difference on “Legion,” her work as an artist has found its way to the screen. As seen below, her sketches provided the opening title sequence for this season’s fourth episode.

“Some of the producers would ask me, ‘Oh, do you draw?’ People found out because I’d always bring my sketchbook, and we have a lot of time between shots when they’re resetting the cameras and getting the lighting together,” she said. “Art used to be something that I just kept to myself, for myself, because I was so scared to show it to people, but now it’s started so many conversations. It’s such a way to connect, and my work, I think, it does kind of fit into the ‘Legion’ vibe.”

Tsai’s drawing talents aren’t her only abilities that “Legion” has incorporated into the character. Switch is also tri-lingual, speaking English, Chinese, and Japanese. It’s part of the illustration of how the character is outside the main timestream of existence. She’s part of their world, and yet can also jump from one time to the next by opening a door.

The show delves into the psyche of Switch and time travelers who have the existential awareness of all time, knowing that all things must end. “It is for this reason time travelers are the loneliest creatures in all of existence,” informs a Chinese-language time travel instructor on an audio tape. It’s just one more reason that “Legion” appeals to Tsai’s artistic side, both creatively and emotionally.

“The visual artistry of ‘Legion’ is just incredible. This scratches every itch in my body for creativity and expression. And a lot of the work I did before was by myself. I think I spent a lot of time in my head, like the character, and I spent a lot of time thinking that things had to be that way in my career as an illustrator or as a model,” she said. “It can get lonely sometimes. So to come on and to create something, to be a part of this incredible project, it has just broadened my horizons as to what it means to be an artist, or what it means to be me, or a storyteller. The time I spend alone now, there’s no loneliness in those hours. I love this.” 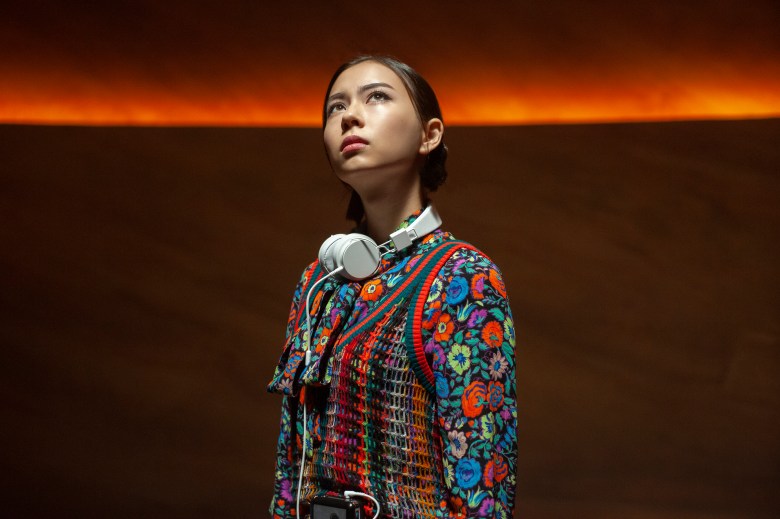 Trailers of the Week: 'Generation,' 'Kenan,' 'Waffles + Mochi,' and More

Wild 'N Out Is Going Old School vs. New School For Monumental Season 15