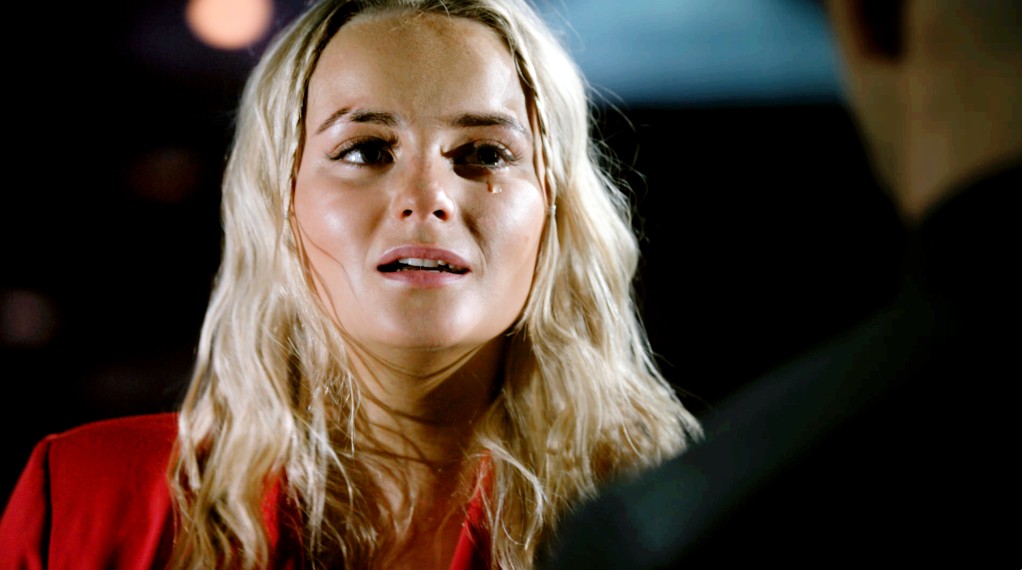 Whenever Kelly Neelan (Millie Gibson) goes ahead with a slightly risky plan in Coronation Street, there is always a moment where she realises she hasn’t thought things out properly.

We saw this a few weeks ago when she attempted to do good by returning some of Rick’s cash to his old clients, but a plot twist developed that saw Kelly get kidnapped by Keiron – and history really repeated itself tonight.

In yesterday’s instalment of the ITV soap, Kelly successfully tricked Gary (Mikey North) into paying for his own assassination.

Tonight, spurred on by Rick (Greg Wood) – who returned as a figment of the teen’s imagination – Kelly told Gary that she knows he murdered her dad and ran through the street, waiting outside Keiron’s van for him.

Ultimately, seeing Gary kidnapped and driven to his death was more than enough for Kelly to realise she really isn’t like her dad at all – this was a mistake.

As Kelly attempted to call off the killing, Gary had been taken to the same woodland area where he killed Rick and was instructed to dig his own grave with a gun to his head.

When Keiron picked up Kelly’s call and listened as she said she’d still give him the money if he didn’t kill Gary, he ended up leaving and put his sidekick in charge.

Said sidekick turned out to be a bit rubbish at his job, as he was attacked by Gary with the shovel.

Once Keiron found Kelly, he kidnapped her again and shoved her into the van, asserting if she screams like that once more, she’ll be just like Gary – dead.

Of course, we know Gary isn’t dead, so this could be alluding to the fact Kelly Neelan isn’t going to die at all…

But who will save her?

Spoilers: Kush makes a terrifying discovery about Jean in EastEnders