Before Kaley Cuoco starred as Penny on “The Big Bang Theory,” she made her debut in the world of sitcom acting on “8 Simple Rules,” which aired from 2002 to 2005. The ABC series featured the Hennessy family, consisting of father Paul, mother Cate, and their children Bridget, Kerry, and Rory. Cuoco played the endearing Bridget, the oldest of the three kids. The sitcom was a hit when it first aired, bringing in plenty of positive ratings; however, when John Ritter, who played patriarch Paul, died of a sudden aortic dissection, the show flopped, per Yahoo! Entertainment. Cuoco spoke to the publication about the significance of the loss. “With John passing away, that changed the whole course of that show,” she revealed. “I truly believe if John had still been around, we probably would have gone on for a long time.”

As a young actor in “8 Simple Rules,” Cuoco still had heaps to learn about the acting industry. Fortunately, during the short time that she knew Ritter, he served as a mentor. “Watching [John] with everybody was like a light,” the “Flight Attendant” star told Yahoo! “It was the happiest place to be … He taught me what it’s like to be a leader, and to lead a show. He taught me a lot.” Despite only airing for three seasons, Cuoco made lifelong friendships amongst her co-stars, and she still shares an incredibly close bond with one in particular. Keep reading to find out who it is! 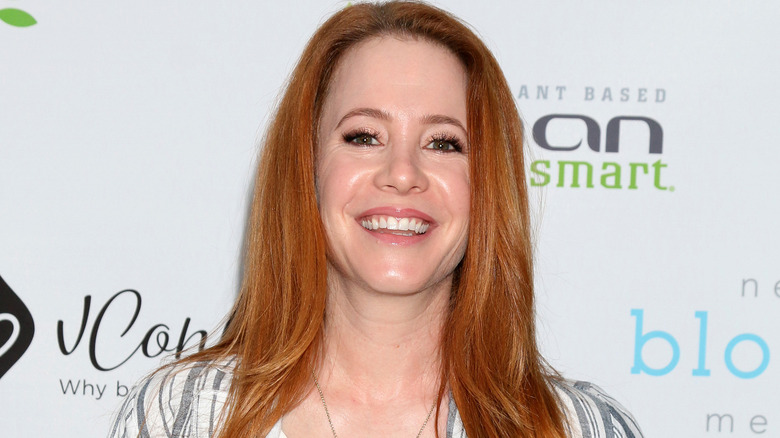 One of Kaley Cuoco’s closest friends to date is someone she met nearly two decades ago as a young actor on “8 Simple Rules”: Amy Davidson. Cuoco and Davidson’s characters were on-screen sisters, which lends insight into why they may have formed such a tight bond. The two are so close, in fact, that “The Big Bang Theory” star even threw her former co-star a baby shower in 2016 when Davidson was expecting her son, Lennox, as reported by People. Davidson talked to People about Cuoco’s involvement in the special event. “We had the shower in Kaley’s backyard, which is a paradise,” she revealed, going on to shower her friend in compliments. “Kaley is one of the best hostesses I know — even when we do Bachelor night! It was relaxed and beautiful.”

In addition to hosting parties for one another, Cuoco and Davidson often celebrate their friendship on social media. For the “Harley Quinn” actor’s 30th birthday in 2015, Davidson penned a sweet message that she posted to Instagram alongside a photo of the two taking a selfie. “Happy Golden Birthday to the only sister I’ve ever had,” Davidson wrote. “I love you Kales! … May the upcoming year be filled with so much love and laughter!!” Fans flocked to the post to share how much they loved witnessing Cuoco and Davidson’s close friendship over the years, while some expressed a desire to see the two women star in another sitcom together.

Is Kaley Cuoco close with any other former co-stars? 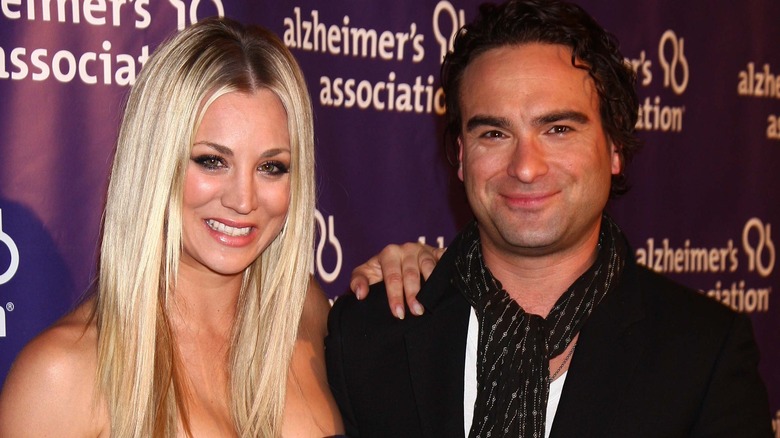 Kaley Cuoco is most well known for starring in “The Big Bang Theory” as the quirky and lovable Penny. The show ran for a whopping 13 seasons, giving the actor plenty of time to forge friendships with her co-stars. To this day, she reports maintaining a close connection with her on-screen husband, Johnny Galecki, who played the brainy Leonard Hofstadter. The two even dated briefly in real life for a couple years before splitting up back in 2009.

At the time, Cuoco explained to CBS Watch why their relationship did not work out. “It was a wonderful relationship but we never spoke a word about it and never went anywhere together,” she said. “We were so protective of ourselves and the show and didn’t want anything to ruin that … That’s not the kind of relationship I want. I don’t want to be hiding.”

Fortunately, despite the romantic relationship not panning out, Cuoco and Galecki remained friends. The Golden Globe nominee acknowledged on “Watch What Happens Live With Andy Cohen” in 2015 (per Entertainment Tonight) that the situation may not have ended well in other circumstances and feels lucky to call Galecki one of her closest friends. It also does not hurt that they both moved on romantically following their breakup, although E! News reported that Cuoco has since split from her husband Karl Cook in September 2021, and in 2020, Galecki also rejoined the single life after parting from girlfriend Alaina Meyer, according to People.

'Below Deck': Chef Rachel Reveals the Only Reason Why She Returned After Quitting the Boat

Emmerdale spoilers: Belle Dingle furious as Jamie Tate has her fired from the vets after ending their affair