JUSTIN Bieber tore off new wife Hailey's garter with his TEETH, a new collection of never-before-seen pictures from his lavish wedding has revealed.

The 25-year-old is seen crouched on the floor removing the traditional marriage garment off her ankle with nothing but his gleaming pop-star gnashers. 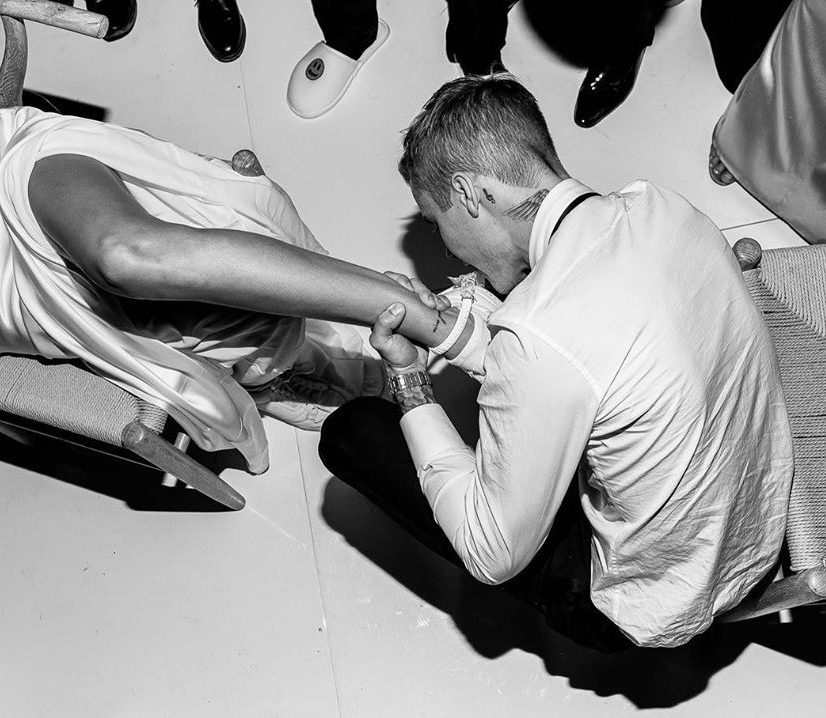 Several guests were seen observing the bizarre undergarment-chomping – including one who was wearing a pair of slippers.

Another shot he posted shows him and Hailey embracing on the dance floor, with the snapper capturing the bride with her eyes shut.

Other couples in the black and white picture are seen dancing away themselves, or standing idly in the background. 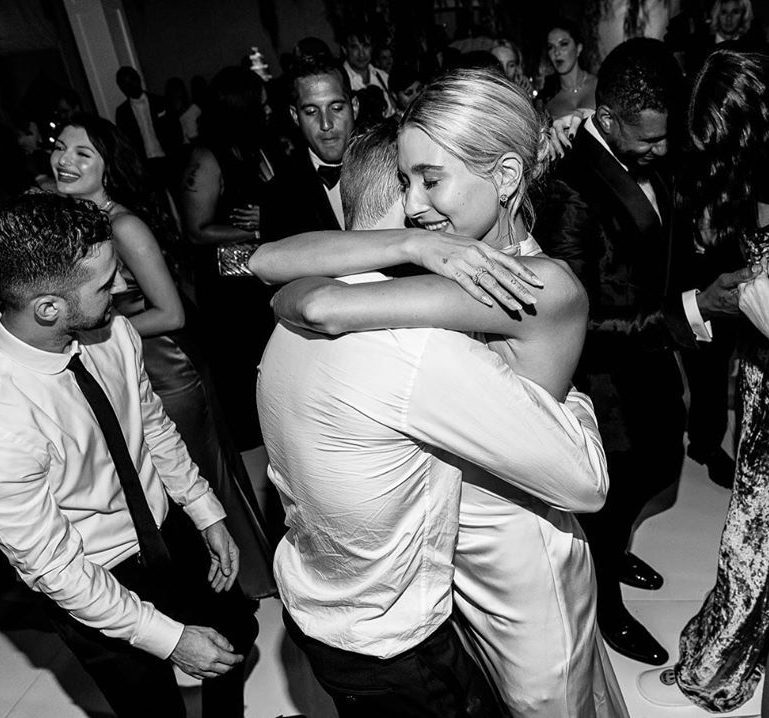 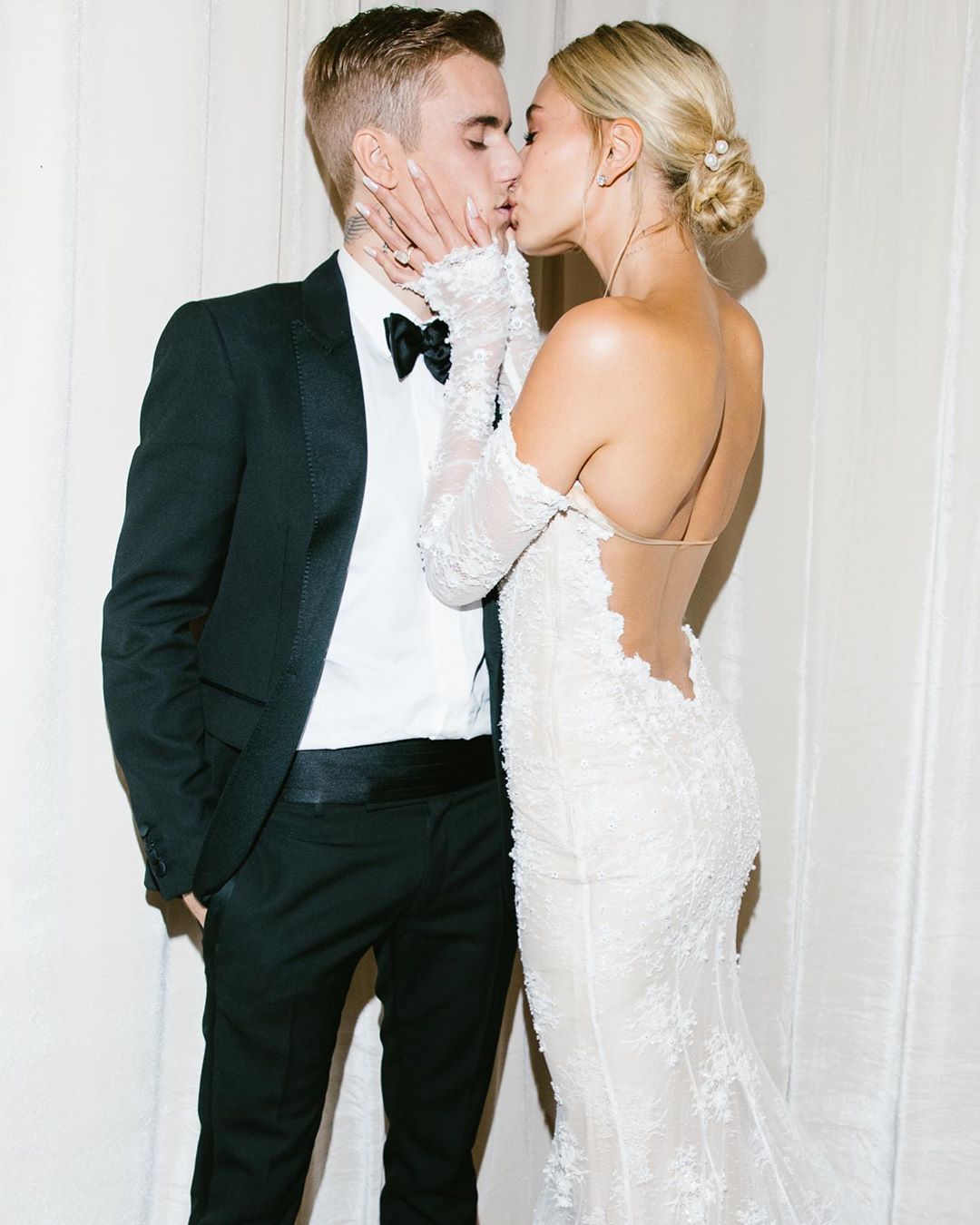 Justin and 22-year-old Hailey married for a second time on September 30 at the Montage Palmetto Bluff resort in South Carolina.

Their first wedding was a secretive affair held at a New York courthouse last year, but last month proved to be a far bigger celebration involving family and friends.

Hailey wore an ornate pearl-encrusted lace back-less fishtail wedding dress designed by Virgil Abloh for the ceremony, which she shared pictures of on Instagram.

It contained a long chiffon veil, which was around six-feet long, and featured embroidery reading: "TILL DEATH DO US PART." 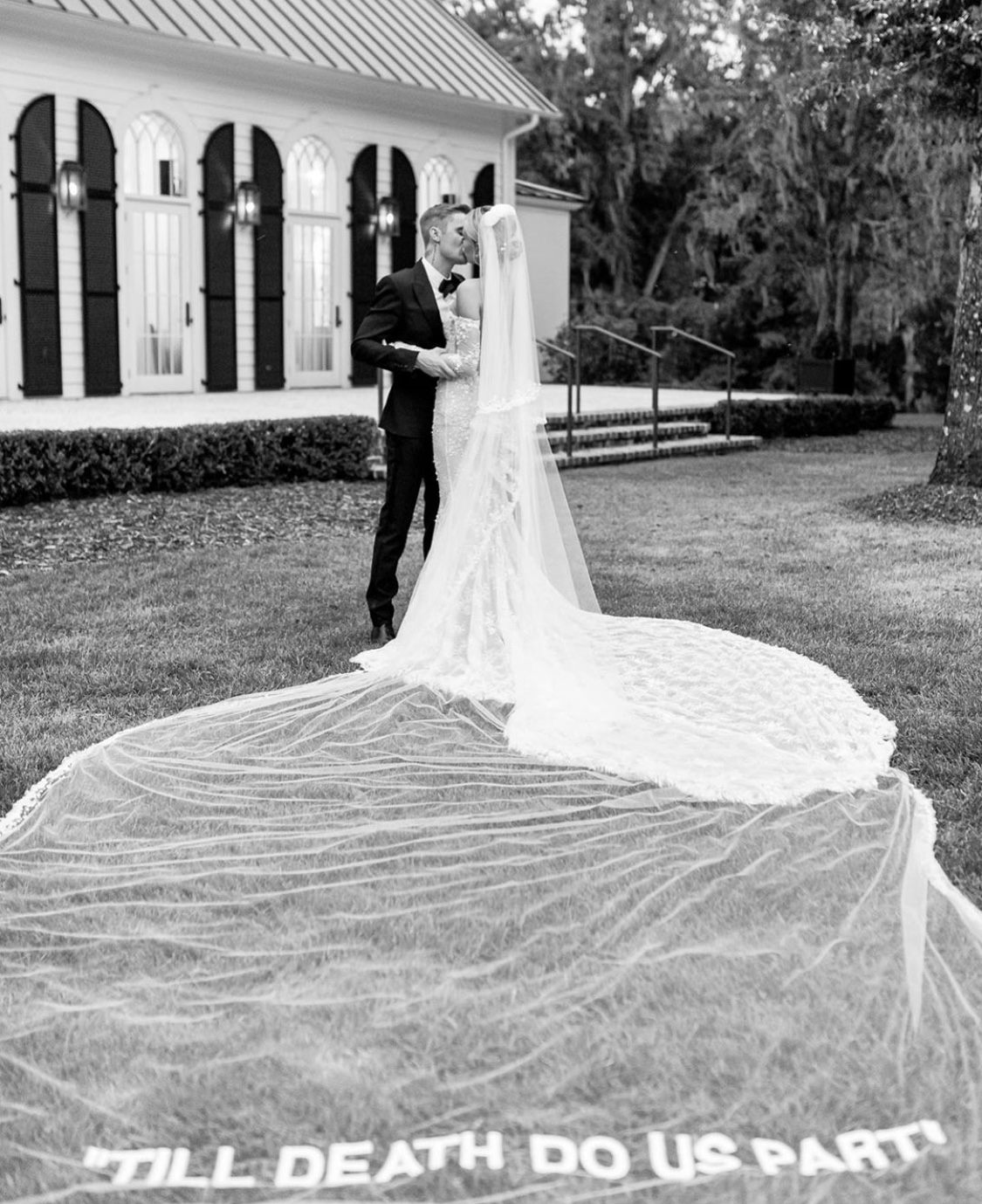 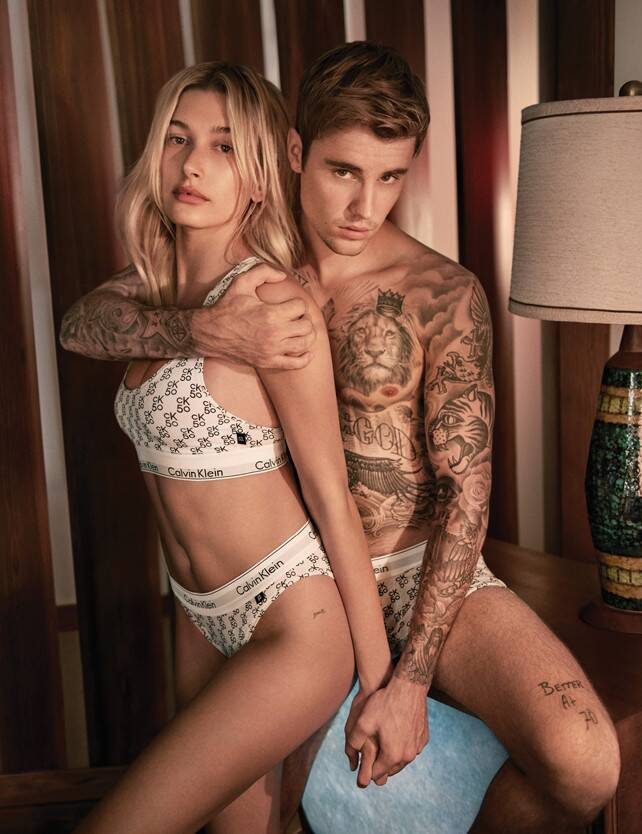 Justin and Hailey exchanged vows front of their family and friends including Ed Sheeran, Kendall and Kylie Jenner, Usher and Jaden Smith.

The couple got engaged in July last year after they rekindled their romance on a trip to the Bahamas.

They unveiled a startling Calvin Klein underwear campaign today, just days after the wedding, where they had stripped down to their undies.

Heavily-tattooed Justin is shown perched on a sideboard with his new wife on his wife and the pair in matching Calvin Klein garments.