The former speaker was criticised by members of the public who believed he had not earned the right to become a peer. It is a tradition for former Speakers to enter the House of Lords however Mr Bercow is yet to be provided with a peerage. Jeremy Corbyn has nominated Mr Bercow for the position.

One member of the public informed the Jeremy Vine show that Mr Bercow should not receive a peerage because he was biased in his role as Speaker.

Their message read: “The Speaker is supposed to be impartial. He most definitely was not, so no peerage for him.”

Another wrote: “Moving to the Lords is a privilege that has to be earned and not something that should just be expected.”

Show host Jeremy Vine highlighted if Mr Bercow is elevated to the House of Lords he will struggle not being the centre of attention. 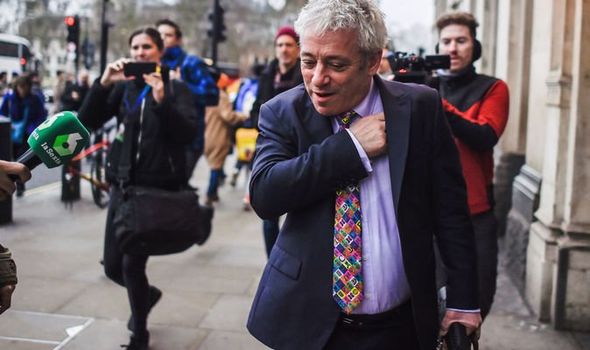 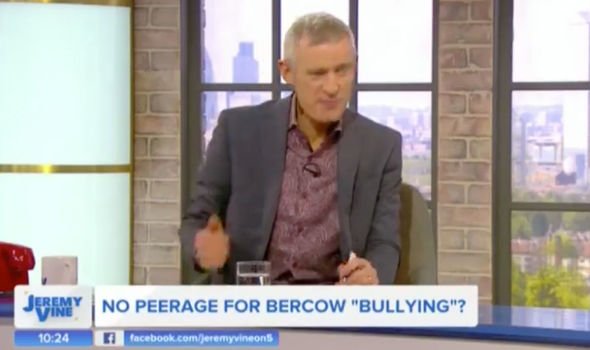 The former Speaker’s most senior official alleged he used “sexually and racially inappropriate language when they worked together.”

Lord Lisvane, the former Black Rod and Clerk of the House of Commons, set out details of Mr Bercow making inappropriate comments in an official complaint submitted to the Commissioner for Standards, the Parliamentary watchdog.

The complaint includes examples of comments made by Mr Bercow in his presence. 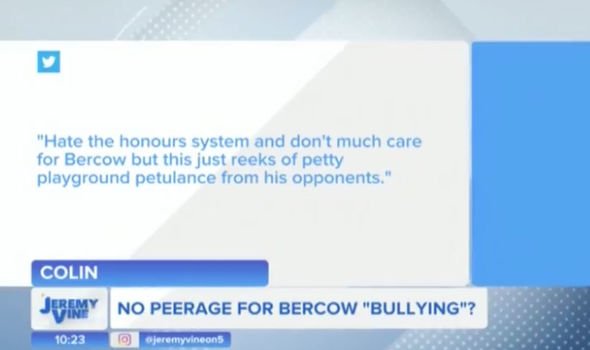 Mr Bercow claimed he is a victim of a “conspiracy” staged in the Commons to prevent him from entering the House of Lords.

He told BBC Radio 4 it was blindingly obvious his chances of being offered a peerage were being hijacked by his opponents in Parliament.

Housing Secretary Robert Jenrick lashed out at the former Speaker saying the House of Commons is now in a “better place” without him.

Mr Bercow admitted to Channel 4 that he was wrong to follow his father’s footsteps in having enthusiasm for Enoch Powell. 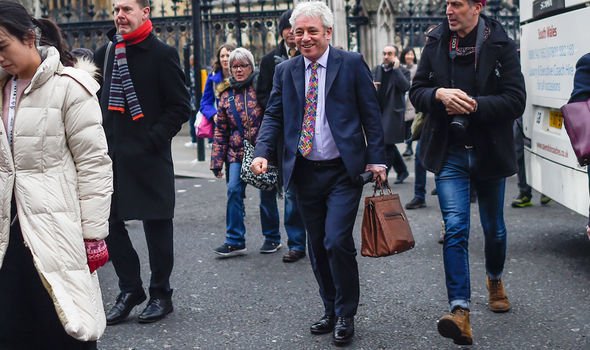 He said: “What was bad for me. I took the wrong course and made a very foolish decision was that I listened to what Dad said about Enoch Powell.

“Absolutely bizarre and appalling that a jewish man would hold these views.

“There was no doubt the group that I joined was racist.”