Home » TV » Jeremy Clarkson shuts down Who Wants To Be A Millionaire contestant ‘I’m not interested!’

Who Wants To Be A Millionaire: Jeremy ‘not interested’ in golf

Who Wants To Be A Millionaire? sees members of the public take it in turns opposite host Jeremy Clarkson as they hope to take away the grand prize of one million pounds. Tonight, one person who got pretty close was Dylan, who ended up taking £125,000 home with him. But it had come after Jeremy initially showed a lack of interest in one of the player’s favourite hobbies – golf.

After welcoming Dylan to the hot seat tonight, he noted his similarity in looks to one famous face.

Jeremy began: “Does anyone else know who Suggs out of Madness is? Yeah, we all know.”

Turning to Dylan, he remarked: “You look very similar to Suggs from Madness.”

“Okay, I’ll take that one home,” the contestant replied, with Jeremy insisting Madness “are great.” 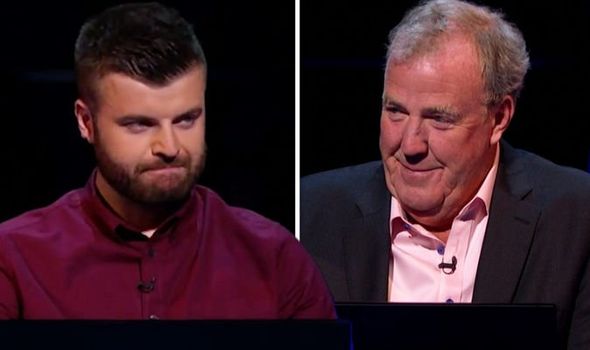 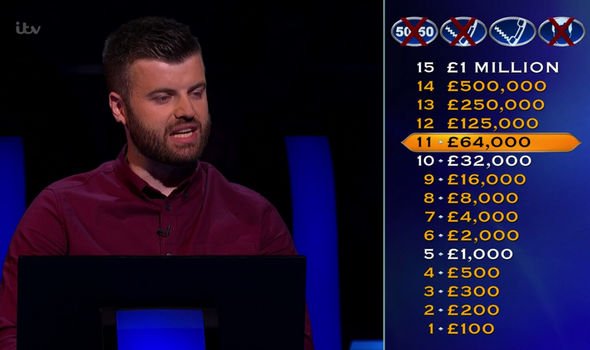 Moving on to Dylan’s favourite topics, Jeremy probed: “It does say you’re a big golfer?”

“I got a set for my thirteenth birthday,” but Jeremy quickly shut him down after his admission. 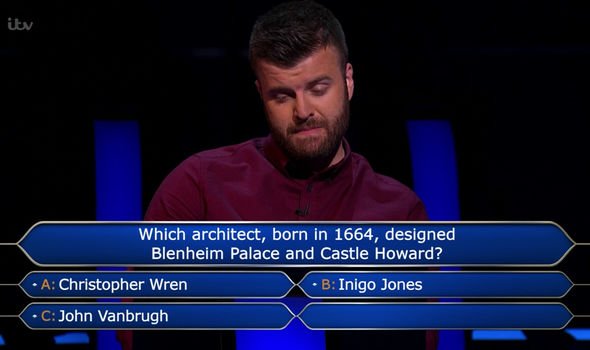 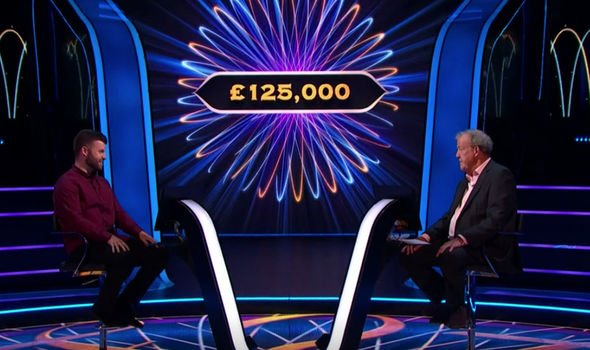 “What I am interested in is that if there is a golfing question, you won’t have to ask me!” the host explained.

Dylan got off to a great start and ended up deciding to set his safety-net at £32,000.

However, he soon admitted he was “not sure” of the answer to the coveted quarter-of-a-million pound question.

Dylan was asked: “Which architect born in 1664 designed Blenheim Palace and Castle Howard?”

Straight away, he responded: “Part of me is quite happy because I’m not sure.”

But he got on with trying to work through the answers, noting: “Didn’t Christopher Wren redesign some buildings after the Great Fire of London so unless he did it when he was two-years-old?”

The contestant admitted he was distracted by the amount of money he had already managed to accumulate.

“My head’s just thinking about the fact I am about to take £125,000… I don’t have enough knowledge in my head to even spitball so I am going to take the money!

Dylan left the show with £125,000 to his name but it wasn’t over yet a Jeremy probed him on what he would have gone for.

“I would have said Charles Barry,” he said – which the host told him was the wrong answer.

Who Wants To Be A Millionaire? airs Sundays on ITV.