Home » TV » Jay Leno Apologizes for Past Anti-Asian Jokes: 'I Knew It Was Wrong' 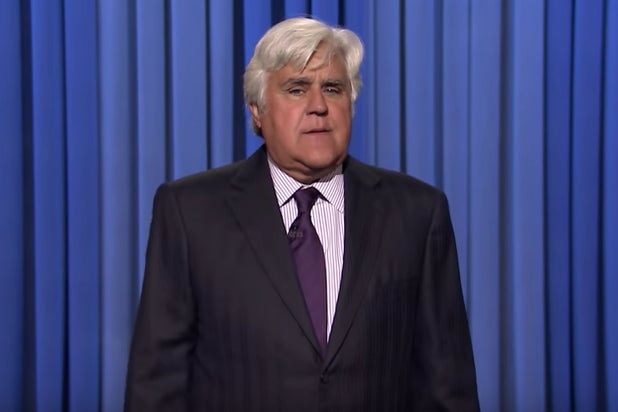 Jay Leno on ‘The Tonight Show’

Jay Leno has apologized for anti-Asian jokes he made on “The Tonight Show” stemming back two decades. In a joint press statement released Wednesday with the Media Action Network for Asian Americans (MANAA), Leno admitted that he knew in his heart the jokes were wrong.

“At the time, there was a prevailing attitude that some group is always complaining about something, so don’t worry about it. Whenever we received a complaint, there would be two sides to the discussion: Either ‘We need to deal with this’ or ‘Screw ‘em if they can’t take a joke,’” Leno explained. “Too many times I sided with the latter even when in my heart I knew it was wrong. That is why I am issuing this apology. I do not consider this particular case to be another example of cancel culture but a legitimate wrong that was done on my part.”

In 2002, 48,000 people emailed complaints to NBC after Leno joked that South Korean speed skater Kim Dong Sung ate his dog after his Olympic defeat to American Apolo Ohno (Ohno is of Japanese descent). One month later, Leno met with NBC’s SVP of diversity and admitted he had no Asian writers on staff. He was instructed to stop making dog-eating jokes at that time.

He did not. From 2003-2012, Leno continued to make dog-eating jokes on air despite complaints from viewers, MANAA and other organizations. Then in 2019, former “America’s Got Talent” judge Gabrielle Union said Leno joked backstage about Koreans eating dogs after seeing a portrait of Simon Cowell posing with dogs.

“At the time I did those jokes, I genuinely thought them to be harmless,” Leno said in Wednesday’s statement. “I was making fun of our enemy North Korea, and like most jokes, there was a ring of truth to them.”

He continued, “MANAA has been very gracious in accepting my apology. I hope that the Asian American community will be able to accept it as well, and I hope I can live up to their expectations in the future.”

In response to the recent increase in anti-Asian violence, Leno added: “I was shocked and saddened by what has been happening to my fellow citizens in the Asian community. I would be deeply hurt and ashamed if somehow my words did anything to incite this violence. With MANAA’s help, I would like to do what I can to help the healing process.”

MANAA president Rob Chan responded, “I’m happy that Jay came around, and that we will be working together in the future. We look forward to supporting Jay’s efforts to do a better job at using his public platform to stamp out systemic racism towards the AAPI community.”

MANAA added that they have helped Leno book an Asian guest for an upcoming episode of “Jay Leno’s Garage.”

Leno’s reps did not immediately respond to TheWrap’s request for comment.