Today’s bank holiday This Morning was presented Ruth Langsford and Eamonn Holmes and during the show, viewers saw Eamonn experience a spiritual hacking.

Lead by celebrity Shaman, Durek Verrett those watching at home saw the Irish journalist lie on a bed and have Durek issue commands to the spirits which caused several reactions from Eamonn.

Following his awakening, Eamonn was left asking why he had tears running down his face.

“Why are there tears coming from my eyes?” He questioned the professional.

“Because you’re holding back emotions inside, so you tear ducts need to release and have you noticed your sinuses are also releasing?” Durek responded.

“I can breathe much more easily?” He replied and Durek continued: “So when your body’s releasing this nasty poison out of your system which causes a lot of health problems for people and causes inflammation in the body.

“It starts to release any fluids in the body that has been stagnant especially in your lymphatic system.

“And then it starts to allow your body process things differently. One of the biggest problems human beings hold onto, is high levels of inflammation in their body.”

Throughout the experience, the spirits were instructed by Durek to do things to Eamonn.

For example, Durek asked: “Open up the chamber on the top of his head, yawn it out of his mouth, oh they’re ahead of me.” 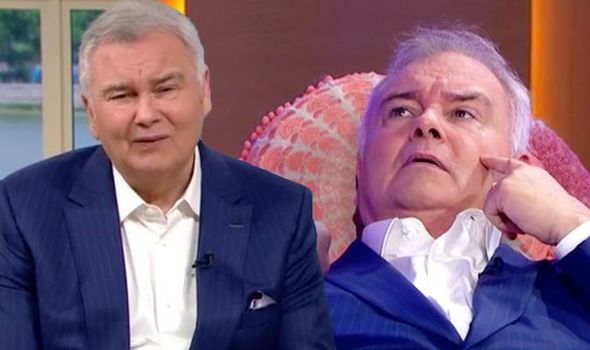 Eamonn was caught on camera subconsciously yawning before Durek had finished asking.

Eamonn gradually increased his laughter reacting to the higher numbers being demanded.

Ruth who was standing to his side watching this experience unfold was a little dumbstruck by the whole situation.

So much so, she didn’t know whether to believe what was going on was genuine or not.

“Are you actually faking that?” She asked her husband, but he was unable to respond due to the trance-state he was in. 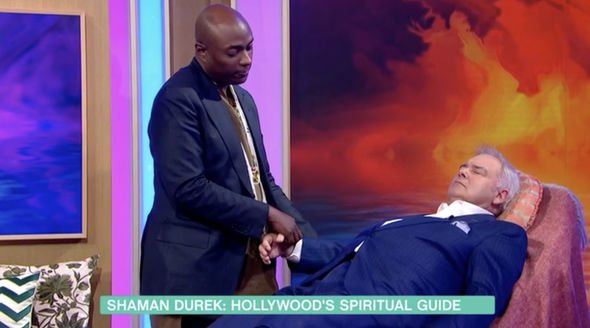 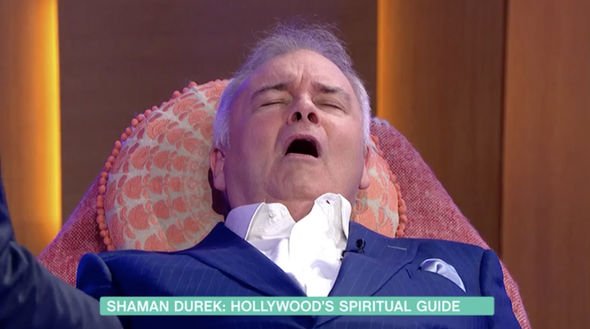 And those watching at home were unconvinced and took to Twitter to discuss.

One said: “Come on folks – it’s a set up – good one though! #ThisMorning,” whilst another added: “WTFFFFFF I thought Eamonn was acting but now I’m not so sure! #ThisMorning.”

It comes after yesterday’s Sunday edition when Eamonn was left unimpressed.

Discussing a gift that had been sent into the show for the hosts, the presenter was quick to voice his opinion.

This Morning airs weekdays at 10.30am on ITV.

Why is 'The Walking Dead' Season 11 Introducing 8 New Characters in the Final Stretch?