The pair got viewers through their Thursday morning but it seemed many of them couldn’t help but notice one feature had been on before.

They caught up with Georgina Burnett, who calls herself the Home Genie for a spot of upcycling.

The crafty presenter showcased some of her skills in turning boring old tables into beautiful and bespoke pieces of furniture.

However, viewers had spotted the clip before and they weren’t pleased to see a repeat.

One said: “Upcycling an upcycling item. Running out of content again.”

Another added: “This is a repeat #ThisMorning.”

A third shared: “@thismorning hasn’t the #upcycling segment been played before? Play, repeat, play, repeat. haven’t they got new content? what’s the betting they’ll play it this Sunday too?”

She also took a nest of tables and painted them a shade of royal blue. 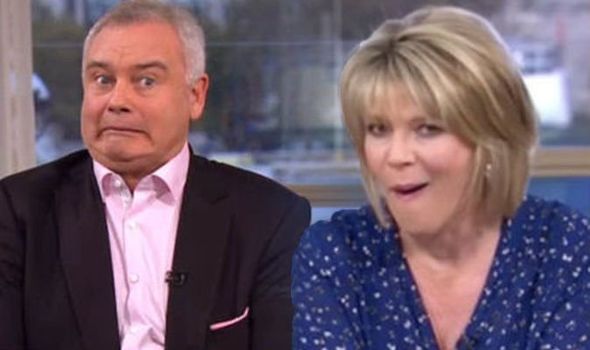 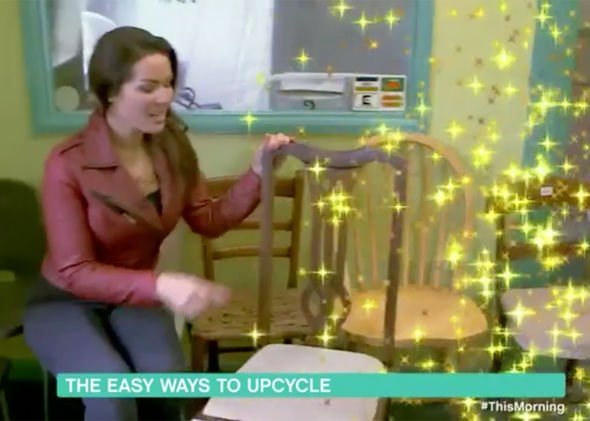 Then, Georgina took a some gold detailing and placed them on the top.

She finished the look with a sheet of clean glass to protect the detailing.

Earlier in the week, Eamonn snapped at Ruth before a debate about asking for tap water in restaurants.

Recalling a recent experience, Eamonn remarked: ““I went to a restaurant last weekend with my lovely wife and as we sat down…” before he was interrupted by Ruth.

The host continued: “The waiter said drinks and my wife said unusually, very unusually my wife said, ‘Just water for me,’ right?” 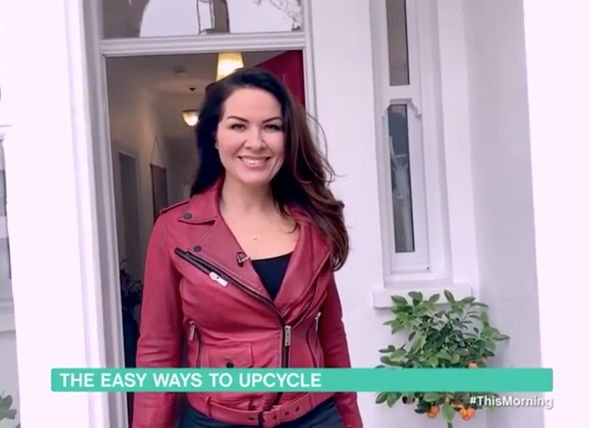 Ruth then added: “I said tap water actually,” as she beat Eamonn to the point.

Annoyed his wife had revealed the point to the story, Eamonn exclaimed: “No, you’ve spoilt the story, again.”

Teasing her husband, Ruth said: “Oh no, have I?” before bursting into hysterics as Eamonn continued with the story.

The pair continued to bicker for a little longer as they got down to the matter of etiquette at restaurants.

This Morning airs weekdays on ITV from 10.30am.