Yellowstone fans were left on the edge of their seats during the season three finale after Jimmy (played by Jefferson White) fell off a horse. The season four premiere will determine his fate and in the meantime, viewers have come up with some theories about the ranch hand. They believe Lloyd Pierce (Forrie J. Smith) could be Jimmy’s real father.

Is Lloyd Jimmy’s father in Yellowstone?

At the end of season three of Yellowstone, Jimmy’s life was left hanging in the balance after he attempted rodeo once more.

He had already taken a nasty fall and John Dutton (Kevin Costner) had advised him to stay away from the dangerous equestrian sport.

Sadly Jimmy did not listen and he got back on the horse, only to take a potentially life-threatening tumble.

Fans last saw him unconscious on the ground and questions were raised as to whether he was dead.

Viewers believe Jimmy will survive as he is expected to feature in the upcoming Yellowstone spin-off series, titled ‘6666’. 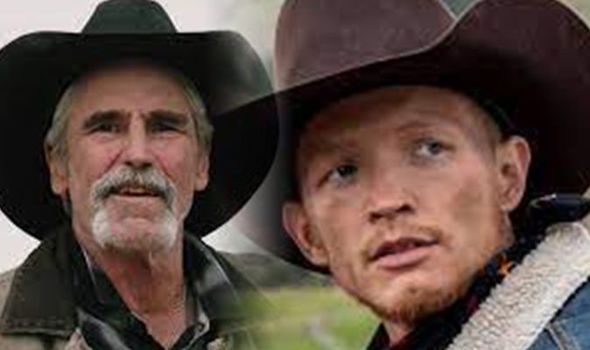 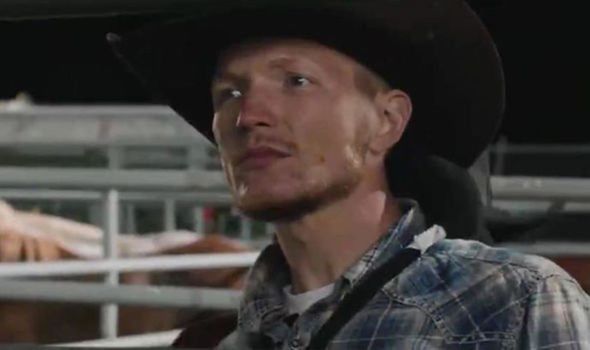 One fan took to Reddit to discuss Jimmy’s future on the series, and they said Lloyd was Jimmy’s father.

They explained: “I think there is too much to learn about Jimmy for him to die. It’s clear his father is Lloyd, and they need to explore that more. Though I think they could explore that with Jimmy’s death.

“I suspect he’ll be wheelchair-bound, and the loyalty to the brand will be demonstrated to go both ways.”

Other Reddit users jumped on the theory, with one saying: “This literally has never occurred to me. Am I dense or is this a legit thing?”

The fan continued: “You gotta go back and watch their interactions! That’s my theory!! I think there’s a line where they say ‘could be someone’s son on the ranch’.” 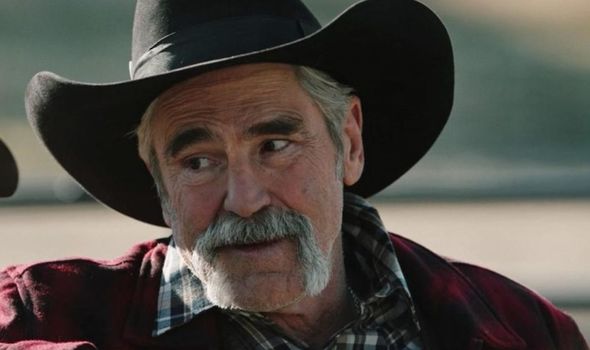 There are some viewers who will need more convincing, with one saying: “I missed that too. I don’t think he’s Lloyd’s son.

The series is known for its unexpected twists and turns, so anything is possible when it comes to Jimmy’s real family.

Lloyd was introduced in the first-ever episode of Yellowstone and he works on the Yellowstone Dutton Ranch.

He has the ranch brand on his chest, indicating he was given a second chance in life by working on the ranch. 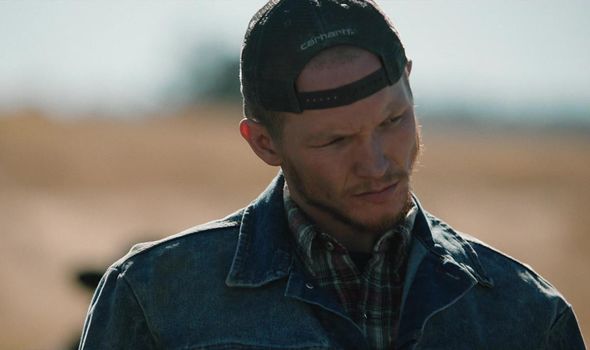 Jimmy was offered the same fate by the Dutton family and he has been integrating himself into the team.

Not much is known about Lloyd’s past, although he has been shown in flashbacks from the 90s, and is played by Forrest Smith in his younger years.

Meanwhile, Jimmy was a notorious thief who was given a second chance by John Dutton.

His grandfather, Dirk (Stanley Peternel), had asked John to take Jimmy under his wing as a favour as he was always getting into trouble.

He was associated with drugs and ended up owing a lot of money. He was hired at the ranch as a way of keeping out of trouble.

Other fans discussed the possibility of Lloyd being Jimmy’s father, with another Reddit user saying: “Has anyone else wondered about the possibility that Lloyd is actually Jimmies dad.

“It would explain why he was brought to the ranch in the first place and why Lloyd looks out for Jimmie like he does.”

One viewer pointed out Lloyd had simply developed a soft spot for Jimmy as a new member of the Bunk House.

They said: “The reason why Lloyd looks out for him is because not only is Jimmy the youngest and most inexperienced branded man in the Bunk House, but it seems to be a common thing for him since he did the same for Rip when he first came in.

“Hell, he practically armchoked a man for picking a fight with the poor kid. So in general, Lloyd just seems to have a soft spot for the new additions to the Bunk House.” [Sic]