GEORDIE Shore star Sophie Kasaei has shown off her new "Fifty Shades of Grey house" – complete with a strip club in the back.

The 31-year-old reality star converted the garage at the luxurious home into a pole-dancing arena and said she'd brought a boy back to try it out. 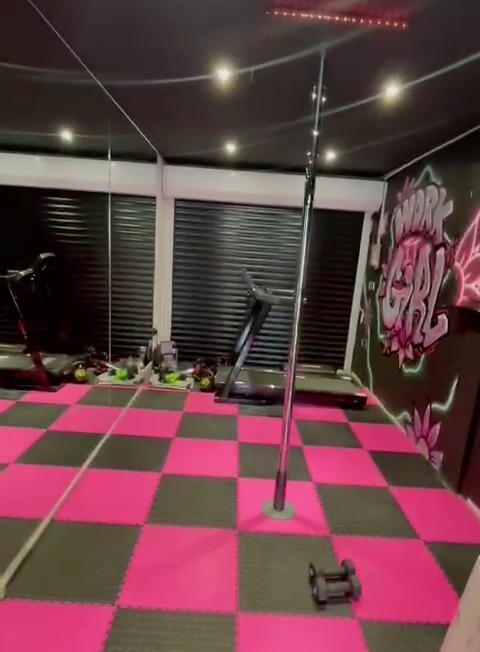 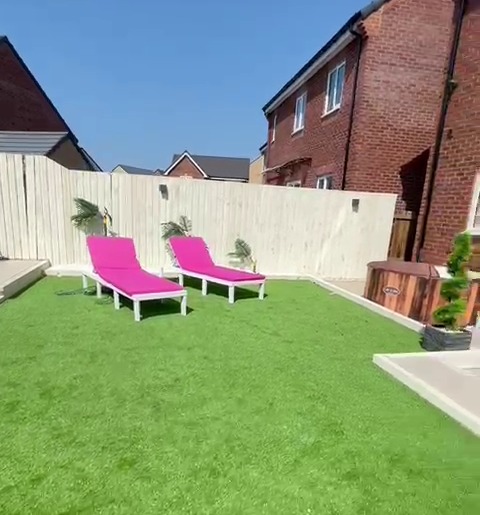 There is also a sit-down shower which she called an "open invitation for any man that comes into my life".

Sophie gave The Sun Online a tour of the Tyneside property, which includes a Love Island-style garden with mirrors and even a hot tub.

Opening the door at the back of her sprawling lounge, she announced: "We're going into the nightclub."

The windowless room is decorated in black and hot pink with the words "Work it, girl" sprawled across the wall in graffiti writing.

She explained: "Obviously I've got a stripper pole here, I've got some graffiti going on as well as a treadmill to help work out and a TV."

Pointing to the nearby couch in the adjoining lounge, she said: "This is my big, big sexy sofa. A lot of room for activity there."

This is my big, big sexy sofa. A lot of room for activity there

There was also time for a quick look round the downstairs toilet, which features black crocodile-skin effect wallpaper.

Outside, things quickly switch from 50 Shades to Love Island, with what she called her "Casa Amor" garden because it looks like it's come straight out of the villa in Majorca.

She explained: "There's a mirror for all the selfies and of course a hot tub."

Upstairs, Sophie showed off her sit-down shower and marble-walled bathroom, promising: "Let me take you to the sexiest shower room ever.

"We've got a sit-down shower if you're hungover and you want to chill."

There is also a huge make-up room – "where all the glamour happens" plus a room that's now a dedicated walk-in wardrobe. 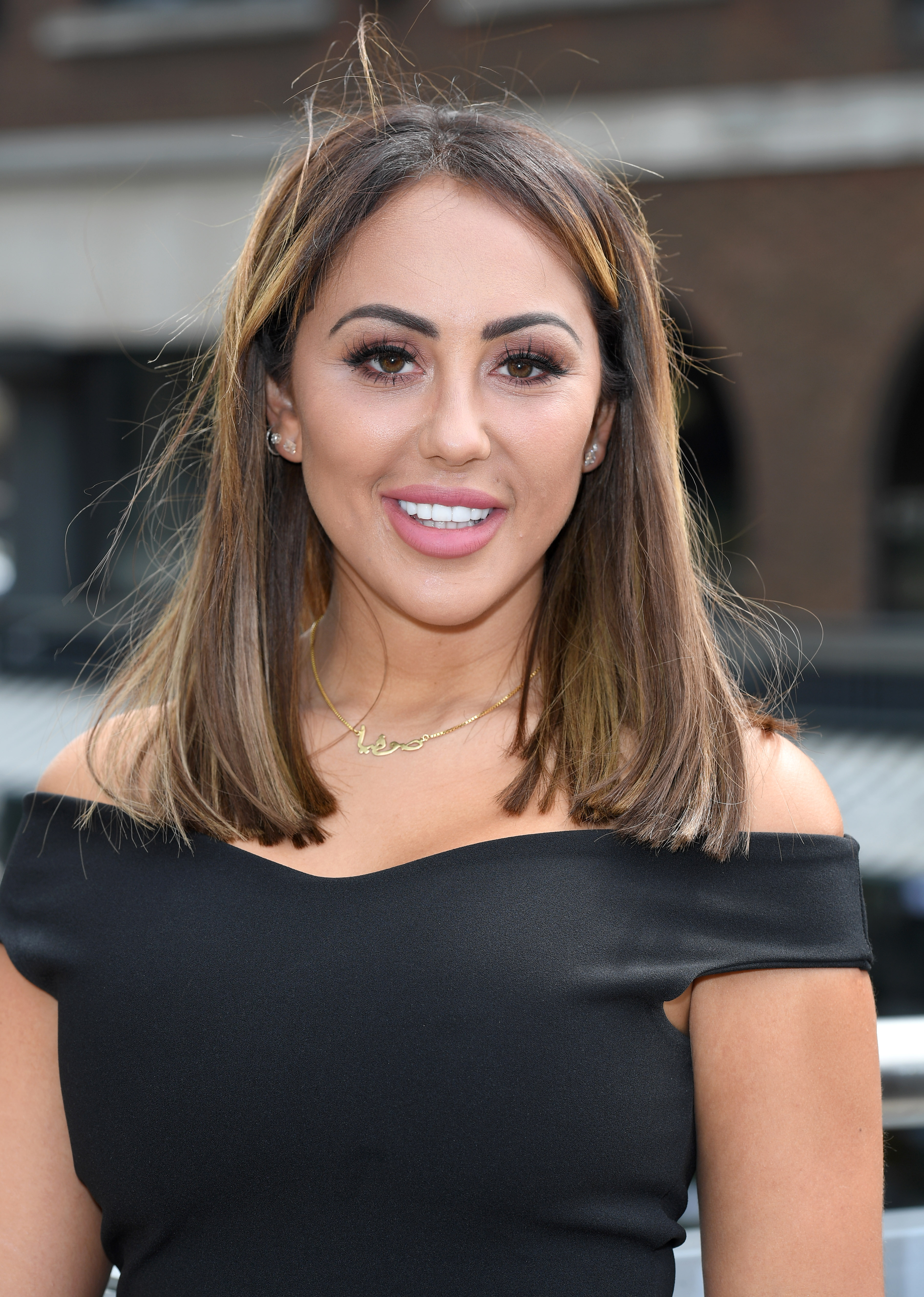 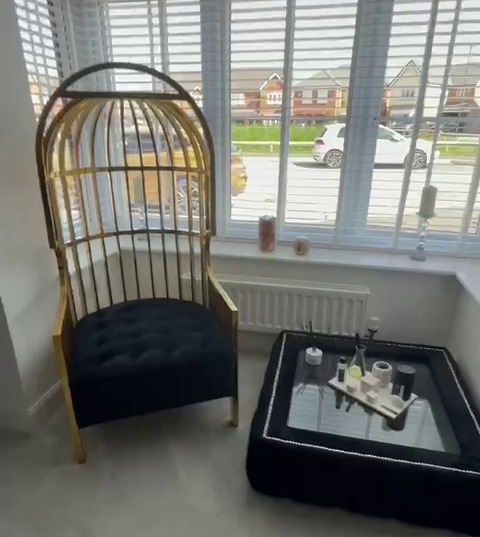 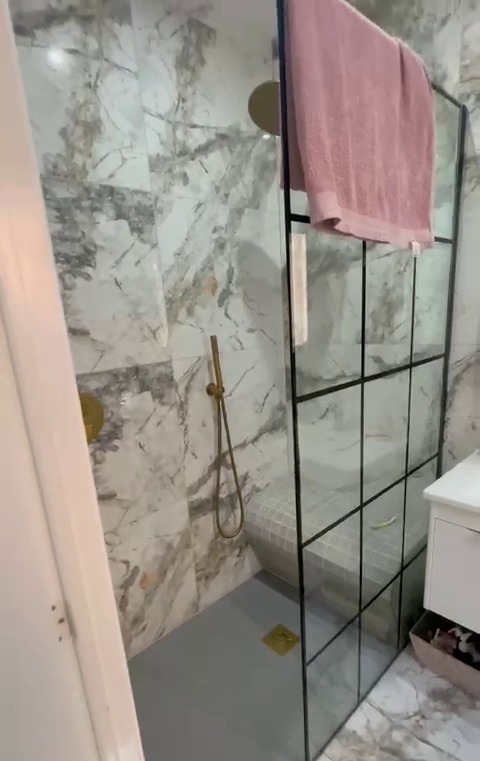 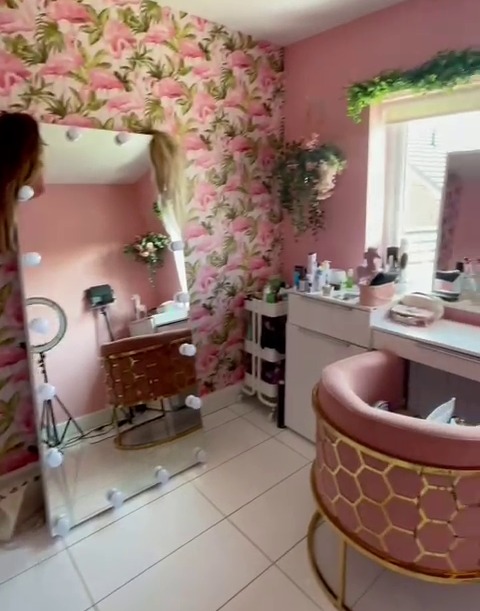 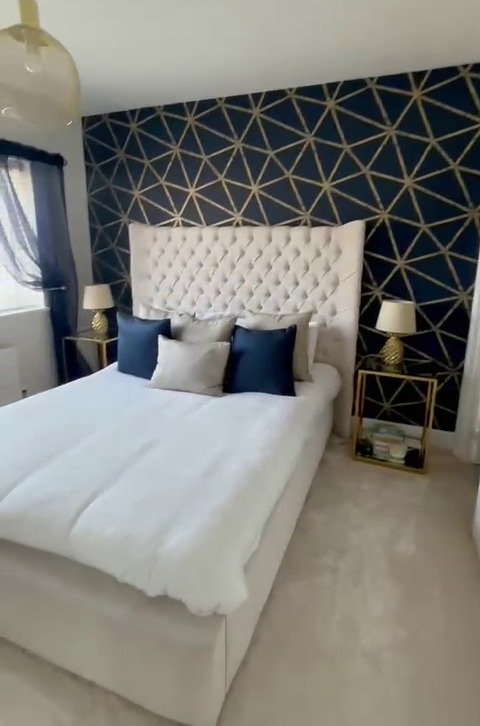 She also appeared on the spin-off Geordie OGs as well as Celebrity Ex on the Beach and has now launched her own 150-page planner.

The layout includes daily to-do pages with shopping lists, a meal planner, habit tracker and other features. Costing £14,99, it is available from the Unmasked website.